The Philadelphia riots are well-timed to help the Queens Pimp. 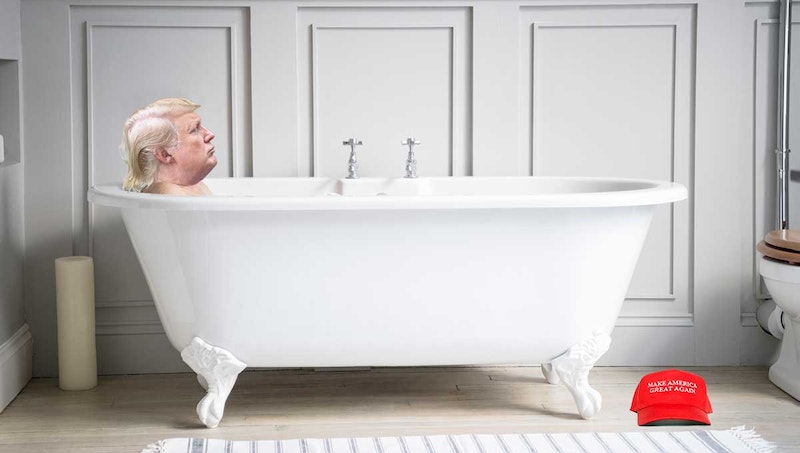 Intimations of a Trump victory drift on the autumn air here in Indiana. I still wouldn’t put money on it, even if I were inclined to take part in that morally and socially corrosive activity we call gambling. But this week’s riots and looting in Philadelphia are well-timed to aid the pimp.

This week’s? All the riots and looting of 2020 have been exactly that, taking place as they have in the fat, round middle of this presidential year, precisely when the cattle of the electorate start to rouse themselves from their stupors—from their barnyard slumbers in their own dung—to attend to the Great Pageant of American Democracy. Since the spectacular violence of this year functions for the media’s diseased collective psyche as an unassimilable trauma demanding repression, there’s little space to talk about the chance of a Trump victory. But as the doctor of Vienna taught us, the repressed is irrepressible. The riots, as a political and social reality, will eventually storm back into our societal consciousness—and could even sufficiently do so in the next few days to deal U.S. politics the biggest shock they’ve seen since the last time the pimp from Queens won an election.

I say “little space,” not “no space.” In the new Harper’s, David Bromwich writes about the year’s disorder and how it relates to Trump’s prospects. The piece comes remarkably close to predicting a second Trump term.

I have discovered, in my seventh decade, the pleasures of a bath. Not a utilitarian shower, but the real thing, complete with sandalwood-scented candles, a soundtrack of Debussy, dimmed lighting, and my testicles bobbing up above the waterline to float among the meringues of fragrant foam.

Typically I sip a glass of brandy as I recline in my tub in the cedar hutch that is my bathroom. Sometimes Brother Aiden will come in and sit down on the stool for a chat about animal husbandry or the winter-readiness of our back 12 acres. Other times Mother might shuffle in muttering prayers and drop her rosary long enough to scrub under my foreskin with an old toothbrush reserved especially for this use.

Americans, I think, don’t take enough baths. Ours is a civilization (if you can call it that) of the shower. I suppose this has to do with the radical Protestantism that’s in the collective American cultural DNA. Wallowing blissfully in fragrant hot water must strike some part of the American psyche as decadent, and in a way inconsistent with America’s own decadence: as vaguely impious, as a phenomenon that can’t readily be monetized or assimilated to the market.

I regret that I didn’t fall into the sensuous habit of the bath decades earlier. But then, maybe bathing is a mature man’s pleasure: a sort of meditation, appropriate to the slower pace of advanced age.

Daughter writes from her boarding school, which has miraculously managed to stay open in this time of pandemic. Her topic: Eliot’s “The Journey of the Magi.” She’s sufficiently struck by this remarkable poem to correspond with me about it, knowing what an acolyte I am of Eliot. She enthuses about the famous first lines of that devotional poem (“A cold coming we had of it,” etc. etc.), and calls my attention to a detail that I’m not sure I ever noticed: that those lines are situated between quotation marks. How mysterious. Who is being quoted here? Who is speaking?

Prodded by Daughter’s letter I re-read the poem in (yes) my bath one night, marveling at its evocation of the great Mystery of our Lord’s Incarnation.

And marveling, too, about the relationships of fathers and daughters. Not so long ago I was locked in a moral war with an adolescent Daughter. I was outraged by her impudence, her impiety, and her impulse toward self-pleasure. Now that she’s older, that is (mostly) forgotten and—what a grace this is—we meet as adults on the plain of poetic sublimity.