Me and My Big Pile of Writing 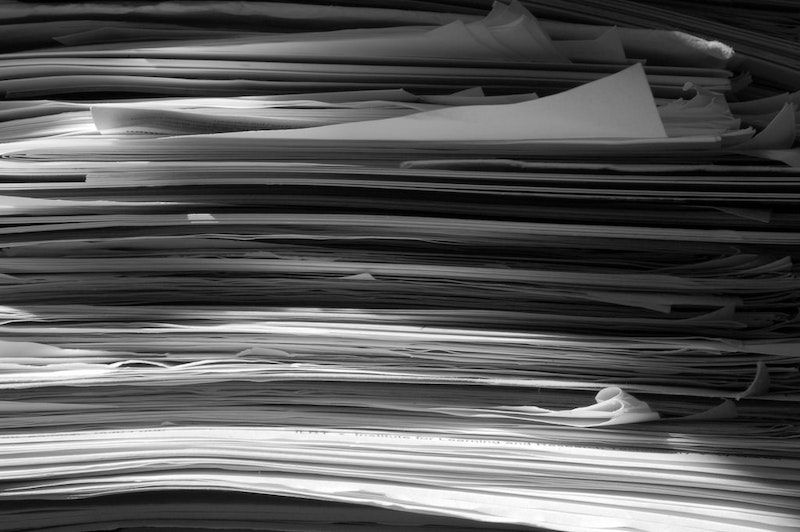 A friend asked me about the writing I did in my 20s and 30s. Well, I filled a lot of notebooks. They’re an interesting... mess, I suppose. I’m starting to laugh as I think about them. Oh boy. They’re boxed in a garage now. But when I was 33 they made two heaps in my old apartment. They climbed side by side up the wall. I don’t say they made it halfway to the ceiling, but they closed a lot of distance. The top was closer to halfway than to the floor.

A rough summary of my output: would-be novels, plus complaints about office life. None of it came to much. When I look back on what I used to write, I see it as evidence that I couldn’t think straight. Set my brain going, set my pen moving across paper, and the result was churn. I piled up notebooks. I think maybe there were flashes of good things here and there. But mainly there weren’t. Just somebody behaving like a fool for page after page. I learned so much more from going to the trade newspaper where I worked.

Of course, somebody else might have profited from five years of frequent pen activity. But I didn’t. My brain’s set-up was such that I had to lose. To be plain, the young me had a lot of silly ideas that made writing a misery. As I saw it, writing set the special people part from the ordinary, and it did so by presenting an endless series of rules. These rules were vast—what attitude to take toward other people, toward mortality, toward society—and they were microscopic. The wrong sentence could show you up, reveal your triteness. The wrong phrase could do it. I froze up.

Worse, the rules changed shape in my head. I switched from trying to feel literary to trying to entertain. But now I thought how stupid and laggard I was. You have to be clever to craft good entertainment. You have to be alert, disciplined. I didn’t cut it. I didn’t frame an opening paragraph that set the action going. I couldn’t think out where a story was headed and rig things so the audience came along. So much to think about. When I tried, I froze up again.

From age 28 or so, my plan became this: to babble on, to turn out pages of notes until a story emerged and that story became a novel. This began the great period of my notebooks, the five or six years when they mounted higher and higher. I didn’t freeze up, but a novel never took form. To get around my silly ideas, I’d decided to treat writing as something weightless and done off to the side, with no rules because there was no thought of outcome. Yet I attached great importance to writing. I did want an outcome. I wanted to sell a book and get away from that newspaper.

I never owned up to myself. I suspected the problem that tangled me up—who couldn't?—but I kept thinking I'd prove it wasn't there. When one means of proof failed to pan out, I shuttled to another. Meanwhile, the problem remained. It was this: that I was writing just to get what other people could give me, and that I was convinced these people were on to me and would give me nothing. The result, finally, was that I sat in my corner and hoped. While I hoped, I scribbled. I might have been rubbing a lamp for a genie to come out—that was as big a plan as what I had.

Then I was 33 and I didn’t write as much. Work and office life preoccupied me. I stopped noticing the two heaps. But a visitor asked me what they were and I realized they were still there. "That's my writing," I said. She said, or breathed, "Wow." There was a freakish amount.

I've written a lot more since then and I still don't have a novel. I think that shows something about me.