Marching Band Is a Sport 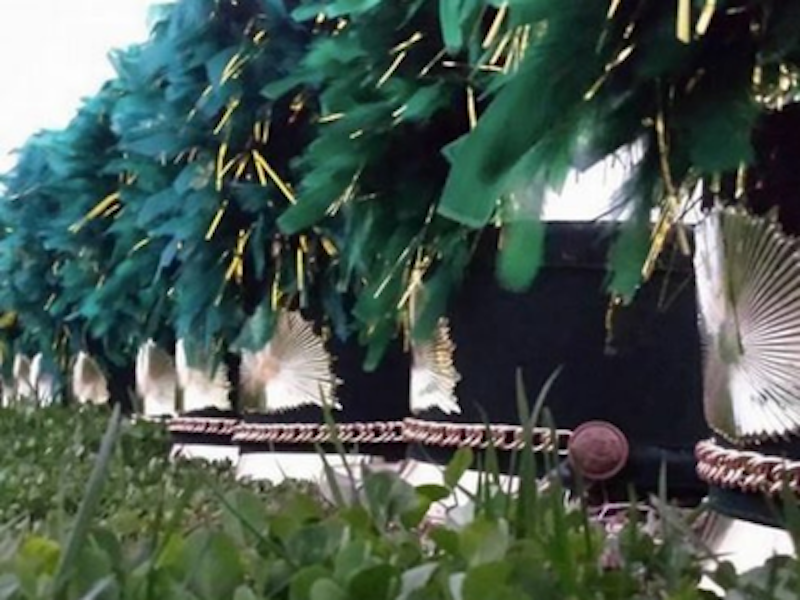 My daughter, who graduates high school next week, is the Drum Major of the marching band. Should you think that marching band is an “extracurricular activity,” let me assure you that you’re incorrect.

I’m just now winding up four years as a high school band parent. There are different levels of band students and parents. Some kids take band class, which means a music credit—their child might play in a concert band, meaning spring or fall indoor concerts over their high school careers, possibly advancing to symphonic bands in advancing years. Some kids play in the jazz band, a separate band with separate rehearsals and concerts.

But the marching band is an entirely different animal. It begins in summer with the oft-joked about (highly inaccurately, as “that one time at band camp” is more likely to refer to a kid puking from exhaustion than to anything more mischievous) summer camp, and the season never ends. My contribution as a band parent included one year on the band boosters board of directors as an officer, serving as a reminder that I’m not a fan of bureaucracy and by-laws revisions, and four solid years of Friday night cheese-fry slinging. This proved far more beneficial for the band from a practical financial standpoint, as the concession stand at football games is the fundraiser that keeps the cash flowing for expensive musical instruments, uniforms, rights to perform music and the like. The school system funnels all the money to "traditional" athletics, so the band program is on its own when it comes to cash. Would you like cheese with those fries, ma’am?

My daughter walked out onto the marching field as a freshman (after a few years in a fantastic middle school marching band program), a timid, shy clarinet player who rarely spoke to anyone, her head down. She practiced and played her instrument, eventually switching to the bass clarinet for symphonic band and winning regional honors for her work. When her junior year came she announced that she was in the running for Assistant Drum Major, a leadership position requiring an interview. I was a bit surprised, given her quiet personality, but was pleased to see her taking the challenge that would mean she’d serve as Drum Major her senior year. She overcame a lot during her four years in order to achieve and succeed in a leadership position. She will walk across the graduation stage having earned nothing less than an A. In her life. But it’s not her grades I’m proudest of. It’s her perseverance, and not just in band.

Marching Band is hard work. It’s not one season, like a sport, it’s all four seasons. In summer, they learn the fall field show in the sweltering heat. In fall, after Friday football games, they get home near midnight, and they report at seven the next morning to prepare for marching band competition Saturdays, an all-day event where they travel, often out of state, and compete against other marching bands, often in freezing cold, returning close to midnight again. In fall, the band also has a symphonic concert, and a Christmas parade to prepare for, and as soon as that's over they being learning the music for the spring musical for Pit Orchestra, immediately followed by music for the spring concert, spring trip competition, regional festivals, and parades. Then it’s summer and time to start the whole year over again. Marching Band students earn a varsity letter just like athletes for their four-season sport.

Molly went on to serve as Assistant Drum Major her Junior year, took up the sax as a third instrument and joined the Jazz Band just for fun as a senior, and I watched with pride from the stands during all those competitions this fall as she gave her salute, was announced onto the field as Drum Major, and led the band, often to victory, including a First Place Drum Major award at district competition. She was no longer a shy clarinet player, but a 5’ 10” poised young woman, commanding a field of musicians with great style, grace and poise. She will take what she’s learned from this leadership position with her as she sets off to new horizons—at Virginia Tech, where every kid, even returning band members, has to audition for a spot in the marching band this August. This time, she will hold her head much higher as a result of what band has taught her.