$60,000 a year and then a lifetime of college fundraising appeals. 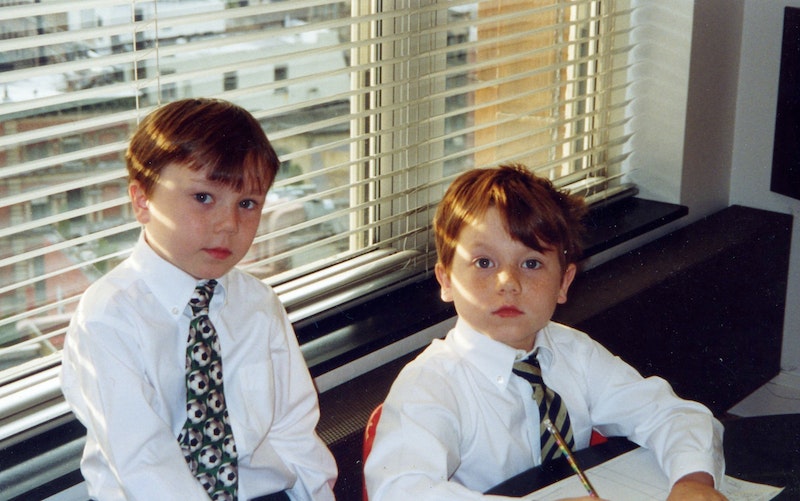 I know a fair amount about history, almost nothing about biology, and once was an ace with trigonometry. But I scratch my head trying to figure out why prep schools and universities have exponentially ramped up their incredibly irritating fundraising drives over the past 15 years or so. I received my BA almost four decades ago, and just paid the last larcenous tuition fee for my younger son’s college education. I’ll leave it to others—my friend John Leo specifically—to catalog the indignities visited upon alumni and students alike in today’s academic environment.

When I was an undergraduate in the mid-1970s, the entire Johns Hopkins campus was a “safe space”—safe enough that you could smoke reefer on the benches right outside the Dean of Student’s office—and the word “trigger” was most often used in connection with Roy Rogers’ horse. One rainy April night, on the job as parking attendant at Hopkins’ faculty club, I was enjoying a joint underneath an awning; unfortunately, the smoke wafted upstairs to the kitchen through an open window and my boss soon appeared. He said, “Why do you have to smoke that shit here?” I responded, bluntly, “Because it’s raining.” He nodded, said that made sense, and was off in his sports car.

It’s no secret that one of the reasons the cost of tuition has outstripped inflation since I was a young man is the nationwide, multi-layered bureaucracy dedicated to dunning alumni for donations. Jeez, I was under the impression that Nanny State champion Mike Bloomberg had funded Johns Hopkins for the foreseeable future, but there’s just never enough scratch. Get that diploma and a month later they want $25. During the late-80s and throughout the 90s, I’d often take the bait and write a $100 check to my alma mater, but as the letters and, even more annoying, phone calls increased to a level I’d call harassment (a 10 p.m. call from a student volunteer is borderline actionable), I ceased forking over those very minor donations.

It’s a countrywide epidemic, so this isn’t a specific slam on Johns Hopkins. In the photo above, my two sons Booker and Nicky, sitting in our Manhattan condo kitchen before leaving for their Upper East Side private school, sharp in mandatory uniforms, had no idea what their enrollment would mean down the line. As it happened, we moved to Baltimore in 2003 and they finished the fourth and second grades at this excellent school, whose headmaster, a splendid fellow, just retired. Yet just the other day, we got three separate fundraising appeals in the mail—one to my wife and me, the others to Mr. Nicky Smith ’11 and Mr. Booker Smith ’13. Twice a year or so we receive three copies of the school’s glossy magazine, in addition to more letters begging for cash. I suppose the boys are just in this school’s system, no matter that they didn’t graduate, or even hit middle school there.

In Baltimore, they attended the same middle school (which, thankfully, is less promiscuous in its mailings) and then off to separate high schools, both of which also shower us with magazines, glitzy cards announcing upcoming events for alumni, and more tin-cup begging for funds. After shelling out a fortune for the boys’ secondary education—and no complaints about any of the schools, despite some odd curricula choices—my hand has never touched checkbook to pitch in. My wife and I did our part, thanks.

Oh, I forgot about the emails, from JHU and the boys’ schools, but they’re so quickly deleted it doesn’t rankle so much. I do get a kick out of the glossy brochures I receive detailing Hopkins alumni cruises—at exorbitant prices—on occasion, as if I’d ever participate in such travel, cooped up on a boat with awful sleeping accommodations with no one I know. Who dreams up all this stuff? Are the departments of public relations/fundraising now more important than say, the English wing? Don’t answer that: it was a rhetorical question.