A Reasonable Response to Rationalists 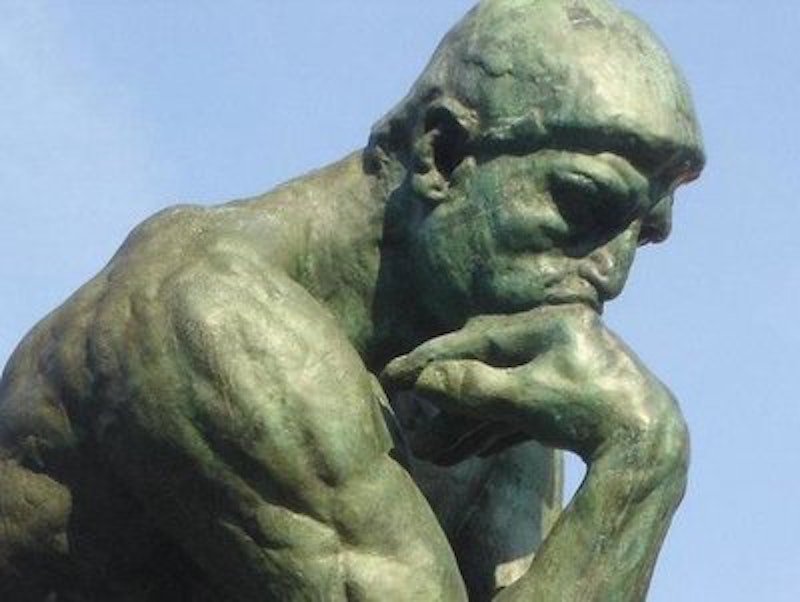 There are a few things that make me reach for the block button on Twitter. If your Twitter name is @trumpforevah!, I probably don't want you in my mentions. If you have Nazi symbols in your avatar, that's also a bad sign. The other day, I stumbled on someone whose timeline was filled with anti-Masonic gibberish. I don't need to talk to them about that, thanks.

So, no overt racists and no conspiracy theorists for me. And no rationalists.

"But, what's wrong with rationalists?" I can hear all the self-described rationalists asking in rational outrage. "Are you afraid of…reason?" After all, isn't reason… well, reasonable? If you’re a rationalist, you look at every argument in the calm light of dispassionate ratiocination, and arrive at unbiased conclusions. Reason eschews prejudice, anger, and all the deluded falsehoods of the beguiled. Reason; it's calm, it's truthful, it's open to discussion. Why aren't you open to discussion, anyway? Are you some sort of Marxist commie social justice abomination bathing in the foul stink of sinful unreason? Let us argue this point… with reason.

Declaring yourself a rationalist is self-refuting. Saying "I'm a rationalist" isn't like, "I'm a comic book reader" or even really "I'm Catholic." To say, "I'm a rationalist" is, "I am uniquely smart and objective…. and you're not." It's a shorthand Twitter bio way to declare, "I have reasonably arrived at the conclusion that my big brain is bursting with reason… and I feel the need to declaim my righteousness to the WHOLE WORLD."

It's not much fun to talk to people who’ve decided beforehand that they’ve found the one true brain path to truth and righteousness. Nor is it generally productive to have a conversation with those who lack the social skills necessary to realize that bragging is tedious and off-putting. But beyond that, talking to self-declared rationalists is frustrating because the one thing rationalists should in theory realize is that they're not rationalists.

If there's a consistent through-line in the history of rationalist thought, it's that human beings are a lot less reasonable than they like to think they are. Darwin's theories were an elaborate, reasonable explanation for why humans are animals shaped by the instinctual desire to survive in ways that don't have a lot to do with reason. Psychologists in various traditions have spent the last 200 years trying to catalogue reasonably the ways in which humans are often not reasonable. Even economists have had to dispense with the fiction of autonomous economic pretenders making purely rational decisions on the basis of a dispassionate assessment of value. Reason has led behavioral economists to the conclusion that people don't, in the end, behave all that reasonably. For example, humans tend to overrate credentials—which perhaps is why some people on Twitter declare themselves "rationalists" in the mistaken belief that saying it will make it so.

"I'm a rationalist" doesn't mean the person in question makes decisions on a purely rational basis. Anyone who understands anything about rationalism would be quite aware that, for worse and often for better, no one makes decisions on a purely rational basis. Instead, "I'm a rationalist" is just another irrational tribal claim, which means something like, "I'm a libertarian/MRA/conservative who wants to give my poorly-informed politics the patina of a science which I don't understand very well." People call themselves rationalists in order to feel good, and to launch a non-rational sneer at their interlocutors without having to actually make an argument.

Rationalists aren't the only people to wallow in self-deception; that’s an ineradicable part of human nature, as any reasoning human has probably figured out. But still, when people insist on telling me aggressively that they're confused egotistical hypocrites, I think the reasonable reaction is to block them.