A year from now, Rooster makes important decisions with the President. 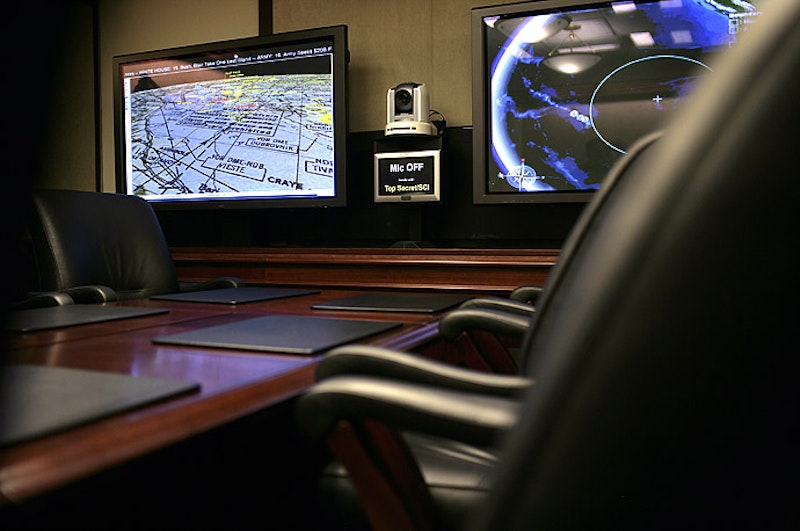 “Push the button. C’mon, do it, buddy. It doesn’t matter. They really, it’s fine. You’ll be fine. I’ll make sure you get out of here okay. Really. You won’t be harmed or turned into chicken parm.”

“Easy, Rooster. Okay, José, that was harsh. That hurt. Physically that hurt me. You can’t bruise my ego.”

“Mr. President we’ve been waiting for 14 minutes. The button is out and the nuclear football is engaged. What’s going on?”

“Why are you talking to a chicken?”

“Mr. President, I’m the Secretary of Defense. You want to launch a nuclear warhead at Russia. Why is a there a rooster in the Situation Room?”

“Don, listen. We’ve been over this. Like, it’s been discussed. I have my own team of close associates and friends and advisors other than you guys. Frankly, you disgust me. Bunch of barn animals in here.

Smile. Paw with my claw at the pant leg.

“You’ll be happy with my decision, regardless. I’ve decided not to launch.”

I can hear everyone in the room sign with relief. No one wants to go to war. Or destroy a continent.

“Can we get the drone joy stick out? I’d like to find that son of a bitch Boehner, and fucking find wherever his ass is in Mexico and blow him sky high.”

Ugh. This again. His own private joke.

“I had him deported, you know.”

“Yeah we know Mr. President, you’ve told us like 50 times since January. That wasn’t right.”