Make Your Own World

Find a way out of here. 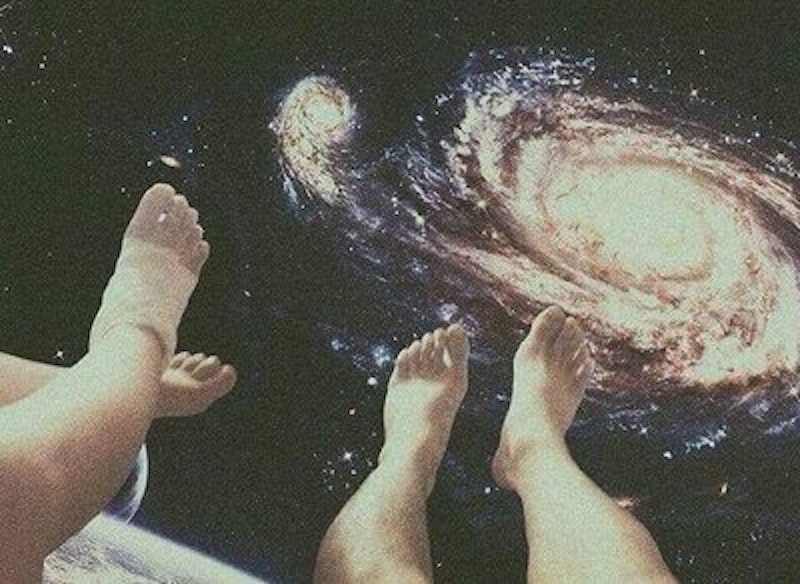 If you’ve never read Guy DeBord’s deliberately uncopyrighted 1958 philosophical masterpiece, The Society Of The Spectacle, you’ve no idea what’s going on. It’s available for free on the web. It’s the core thesis of Situationism, a post-Marxist anti-labor philosophy that gave us the Paris riots of 1968 and the Sex Pistols, among many other delightful recombinations of the dead elements of Western Culture. You can read it in an afternoon, easily. It’s not particularly challenging and very straightforward.

Historical narrative as we know it is so blatantly malleable as to be irrelevant. It’s famously written by the victors. I’m thinking that it may be time to discard the pursuit of truth entirely and fully embrace the ersatz and overwhelm it entirely with an avalanche of even more bullshit. It’s inevitable that critical thinking will only be fully installed in the human meat bag when it’s revealed that everything you think you know is wrong. As an example, did you know that David Koresh was Elvis Presley?

Arthur Miller and Joe DiMaggio killed JFK in Dallas. Jimi Hendrix was an alien. Paul McCartney died in 1966. Las Vegas actually exists in our reality. The CERN collider fucked up our timeline irrevocably. The world ended in 2012. Aleister Crowley was the Second Coming of Jesus Christ, as a depraved lunatic. Hey, you put up with crucifixion, you get sex and drugs and scamming trustafarians. I’d take that deal. Who wouldn’t? This is just the tip of the iceberg. Consider Antarctica.

Embrace the ersatz, and augment it. Tell everyone about the three-way you had with Jackie Onassis and Bigfoot. Harvey Weinstein once offered me $3000 to jerk off on my feet. I said no. He’s a toad in a suit. I’d rather attend a Black Lives Matter rally. In 1972, I was abducted by Taylor Swift in a UFO and she jammed Star Trek action figures up my ass until I confessed to altering the human timeline by opening a portal to Cthulhu in 1952, when I was Jack Parsons. By the way, I certainly didn’t accidentally drop a vial of fulminate of mercury. It was either the Mossad, the Hughes Corporation, or the Church Of The Sub-Genius.

By embracing the ersatz, we take full control of a world where nothing’s true, and everything is permitted. In 1935, I was touring southern Germany with my Elvis Tribute Act. I was doing the late-stage jumpsuit Elvis, the 1977 meltdown tour, climaxing with his horrifying final performance, “Unchained Melody.” Unfortunately, I was really high and segued into Marilyn Manson’s “Golden Age Of Grotesque” and the Gestapo grabbed me.

They busted me for Entarte Kunst and stuck me in Auschwitz, where they subjected me to a Death Ray devised by supervillain SS Obergruppenfuhrer Hans Kammler. As I’m not Jewish, it simply dislocated me in time. I’m now touring as Marlene Dietrich in Mississippi right now, playing black barbecue joints and old blues shacks. In the Elvis jumpsuit. I can do anything, as long as it looks like a hideous Goth interpretation of Quantum Leap. When there’s nothing on Netflix, I make sweet love with the ghosts of Alan Watts and Tallulah Bankhead and play cards with William Burroughs. Sometimes Charlotte Rampling whips me beneath the head of Zardoz.

This whole construct is doomed. Find a way out of here. Find a way to the universe where the Rutles are the real thing and the Beatles are fake. Join me in Shangri-La. It’s not too late. Make your own world. It’s not that hard. Don’t let other people do it for you. Grab reality by the pussy. Fix your heart or die.