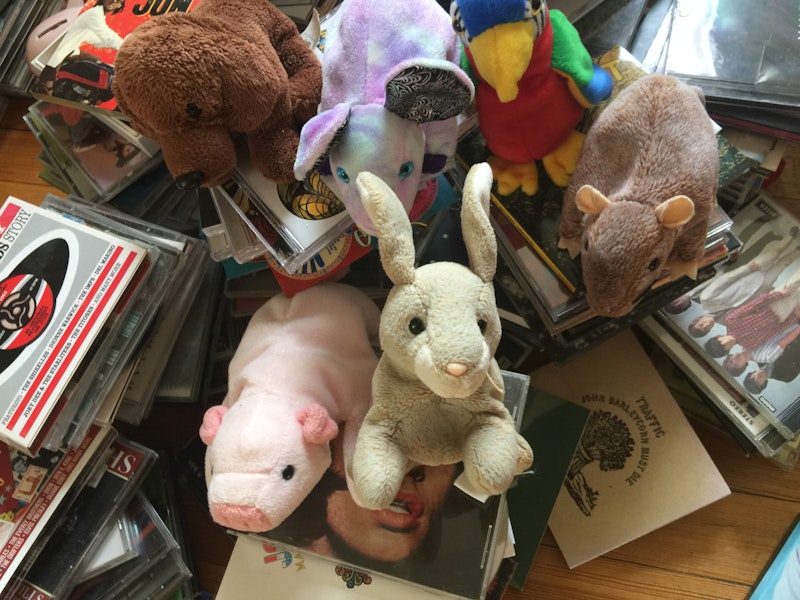 I get ticked off when men and women who peddle opinions for a career presume to speak for me, and the country as whole. In an otherwise anodyne column in Sunday’s New York Times, “progressive” Nicholas Kristof writes, after delineating the “two” Americas, “The one thing we can all agree on: Our social fabric is torn. In each America, people who inhabit the other are often perceived as not just obtuse but also dangerous. Half of Democrats and Republicans alike say in polls that they are literally afraid of the other political party.”

I don’t think “we” all agree that the country’s “social fabric” is torn. And what, exactly, is the “social fabric” a euphemism for? That citizens are in a state of high dudgeon and thrilled to keystroke their contrasting, and often rude opinions (that they’d hardly ever use at lunch or in the office) in the false belief that they’re advancing “the national conversation”? And I don’t know what polls, almost useless these days, Kristof’s looking at, but I’m not “literally afraid” of either the Democrats or Republicans. Democrats want to punitively tax the rich, which irks me, but it doesn’t scare me. It’s politics. Republicans are increasingly vehement about imposing “moral” rules (anti-abortion, anti-immigrant, anti-gay, endless blather about God) on the citizenry, which is repugnant, but I’m not “afraid” of this mere rhetoric.

In fact, the United States, once the hyperbole is dismissed, is in a lot better shape than, say, post-9/11 and the ensuing wars in Afghanistan and Iraq, and certainly 50 years ago when cities were wrecked by riots, leaders were assassinated and American soldiers were killed every day in Vietnam. The economy’s pretty decent today and unemployment is low, which sure wasn’t the case during the 1970s, that lost economic decade of high interest rates and long gas lines.

You hear that artificially-named generations are battling each other—Boomers vs. Millennials—but haven’t the old and young always scrapped with each other? I’m a Boomer but find the oft-repeated opinion that Millennials are “snowflakes” or “slackers” who lounge in cafes all day ludicrous. Everything counts in moderate amounts. I’m joking, partly at myself for referencing Depeche Mode, but also because I can’t remember so much self-righteous nonsense spewed over so little. Trump doesn’t help, since his public persona as a moron is reinforced daily, but Obama’s “apology tour” at the beginning of his presidency was fairly offensive too (and, not his fault, but how ridiculous was it that he received a Nobel Peace Prize before he’d even remembered the names of the White House chefs?).

I live in Democratic bulwark Baltimore, and Maryland is a blue state—except when the Democrats screw up and nominate a dud for governor, which is why Larry Hogan is the accidental Republican chief executive here—which means most of my friends and acquaintances are liberal and, at least online, apoplectic that Trump’s president. One longtime buddy, who converted from college-age liberalism to supporting Reagan before me, is square in the Never Trump camp, a “movement” of sorts that’s become somewhat passé at this point. On rare occasions we spar online, but in person our friendship hasn’t changed a whit. We do talk politics, and, both cynics who’ve seen these cycles come and go, usually cast a spell on all of Washington and segue into matters of more importance: our children, relatives, comparison of maladies (we’re both 62), sports and the shifting landscape for retailers. That’s not a lone anecdote: the last heated argument I recall with a friend was over something Bill Clinton did or didn’t do in the late-1990s. Our wives made us wear dunce caps and the next day it was business as usual, watching our sons play tee-ball.

In fact, it’s the media that promotes this “torn social fabric” red herring. I read the one-note millionaire scold Paul Krugman on Tuesday (as well as David Brooks’ mushy NRA column, a rare New York Times double-header for me) and wasn’t at all surprised by his opening sentence: “Even those who have long since accepted the premise that Donald Trump is corrupt, self-centered and dishonest seem a bit shocked by his tirades over the Presidents’ Day weekend.” That Trump used the Parkland shootings as a vehicle to blast the FBI and Robert Mueller for all this Russia jazz was “shocking”? I agree that Trump’s dishonest, corrupt, and self-centered, but there’s nothing he could tweet that would surprise me. Krugman knows this, and if he doesn’t his employers are overpaying him by a factor of 10.

(On the topic of the Times, while agnostic business observers are waiting for the company to either be sold for a price that’ll please anxious stockholders or a transformation into this century that includes more than touting digital subscriptions, my son Booker, 23, has a very sensible idea. He texted me: “The New York Times going completely free is the only way the company can attract a wider audience and cut out Facebook as the go-to middleman for its content. Giving users a bigger voice in the platform will heighten engagement and encourage a more active user base.”)

It’s a smart strategy, one that’s proactive and daring, which is the only way the Times can thrive economically in coming decades. But it’s a short window: Facebook is on the ropes now with its Russian bot controversy, and ongoing trouble with hackers and “fake news.” Mark Zuckerberg’s behemoth and Google control the vast majority of online advertising, and if the Times strikes soon (like snipers in the jungle) it could reestablish its identity. Say what you will about Amazon’s Jeff Bezos, but as the old saying goes, dollars-to-donuts that Jeff Bezos has such a master plan rattling around his brain or farmed out to his company confidantes. In fact, as the FCC has eased regulations, don’t be surprised if Bezos ponies up $3 billion—a pittance for him—for the Times and does exactly that. And also snapping up New York’s Daily News for debt would be a bennie.