Machines Can’t Teach Us to Be Human 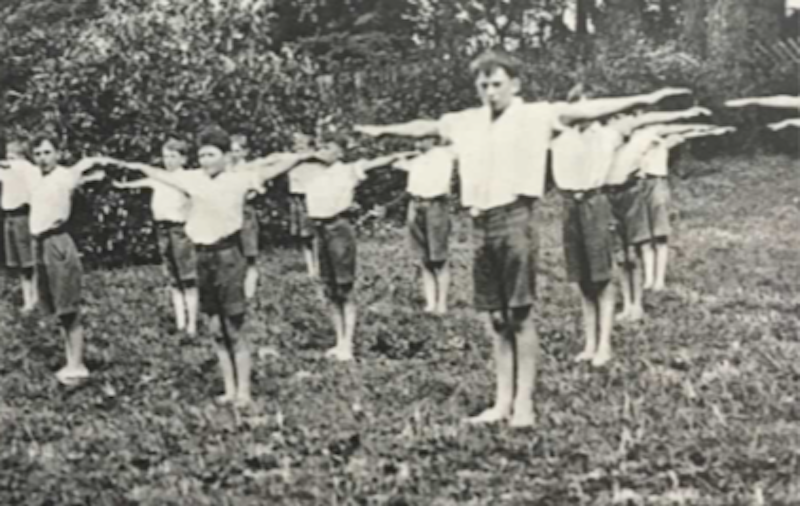 I spent the first two years of high school at a posh all-boys Catholic academy in southern California and hated it. The question of girls, never far from my thoughts, wasn’t getting any answers there and the corresponding all-girls school across town was run like a medieval mountain convent, which is to say, like a fortress. At the end of sophomore year, my parents, sick of my sullenness and passive delinquency, relented and let me transfer to an even fancier co-ed Catholic school, where I did encounter girls and the real pain began.

My parents were staunch traditional Catholics. So it had to be a Catholic education for me. Whenever I brought up the possibility of public school, my mom would raise an eyebrow and say something like, “Those places are prisons. They’ll make you stupid and you’ll be stabbed in a week.” While I never really believed that (I don’t think she did, either), the local news took great satisfaction in running stories about shootings, stabbings, and gang riots in the rougher parts of the system. Later, I’d learn that the two companies responsible for building most of the high schools in the state also built most of the correctional facilities. Mom never lied. She just knew how to make a well-structured persuasive argument.

Attending an all-boys school also felt like prison. We wore ties, khakis, and monogrammed sweaters. Clip-on ties were an abomination. You could shave at home every morning with dignity or you could sit over a bowl of water in the vice-principal’s office and use a disposable razor that 10 other guys had used and never cleaned. My face hurt most days, but I wisely took the at-home option.

The faculty, all Augustinian priests, deacons, and monks, spoke in Latin most of the day. Everyone studied it and could add Greek, French, or Spanish as electives. The humanities and arts were given equal weight and consideration with the sciences. Essay exams were emphasized in every course and machine-graded Scantron tests weren’t used at all. We studied philosophy, civics, Augustinian theology, rhetoric, and speech (which was called “oratory”) along with all the usual high school subjects. Around lunch, the entire campus paused, according to monastic tradition, and recited the Angelus.

It was there I decided I didn’t want to be a Catholic or any other kind of Christian, but I didn’t hold it against the faculty. They were some of the most intellectual, ethical, and kind people I’d ever meet and I understood this with the clarity of a child’s intuition which, in its simplicity, can sometimes see beyond the façades of the world. Years later, I’d have those priests as an example when I taught high school English—especially my world history teacher, who’d been a CIA analyst before taking the cloth and knew how to present politics and economics as a dramatic adventure.

In retrospect, it seems a bit like an intellectual paradise. And if I could go back to that time, knowing what I know about institutions and human nature, I’d get into the time machine without hesitation. I was extremely fortunate to have that kind of education at that point in my life. However, as a 16-year-old, I was far more interested in music, science fiction novels, martial arts, and escapism than in education. That was natural and maybe it was the right way for me to be at the time; though, I’m still not sure I’m educated.

One of the more interesting and uniquely Catholic rules was that if a student had a question about the Church or religion, he could be released from class to discuss it with one of the faculty. This was never abused, since most teenage boys would rather sit through an organic chemistry lecture or parse the Commentarii de Bello Gallicothan have a long face-to-face discussion with a priest about the catechism, papal dispensations in the Renaissance, or the problem of evil in society.

Nevertheless, I had an interesting experience one day while walking across campus. I’d recently discovered I had some affinity with writing. To be honest, I was reading a lot of HP Lovecraft at the time and only wanted to make up tales about werewolves and Nyarlathotep the Crawling Chaos. But one of the monks had read an English paper I’d written on “The Cask of Amontillado,” passed it around to a few others in the monastery, and got approval (all without my knowledge) to waive the prohibition against freshmen writing for the school paper.

One day, my English teacher told me I was now a staff writer. He said I should report to the journalism room (a shed on the outskirts of campus) after school on Friday and didn’t want to hear any further questions about it. These were priests and monks—you didn’t ask why the Church was giving you an assignment. You just did it. And assignments from your teachers were considered to come straight from Rome. Not doing your duty was obviously subject matter for confession. And homework was from the Pope. Who were you to argue with the Pope?

I was too shy to write for the newspaper and felt I was entering a new era of ridicule and possibly after-school beatings. But when I discovered that student writers all got hall passes which could be used at any time, I warmed up to the idea. This was how I eventually fell in love with writing for an audience and learned about the theological concept of cyclical time.

Abusing my hall-pass privileges like all the other journalism students, I walked purposefully and seriously across the quad toward the building that housed my locker. I was on my daily quest for snacks, which I’d timed perfectly with the beginning of lunch, keeping me out of the back half of algebra class. Avoiding eye contact with any faculty, staff, or student who might draw attention to me, I took a circuitous route that would minimize human contact. In doing so, I passed Deacon Chadwick’s senior theology seminar and noticed he was drawing spirals and cones on the board similar to what I’d seen in the geometry or trig rooms.

I liked Deacon Chadwick. He was a wiry, white-haired, severe-looking creature who pumped a lot of iron and served as the de factocampus disciplinarian. You didn’t mess with him. What I didn’t know was that he had a few masters degrees, spoke a variety of languages, wrote books on the history of mathematics, and had run a successful business before becoming a teacher—not that any of that would have impressed me. What I liked was that he always took students seriously as equals without condescension or pretense. You could ask Deacon Chadwick a question and you knew you’d get a straight answer.

So a few days later, I saw him in the library and asked what he’d been drawing. He set his work aside, motioned for me to sit, and began to outline the subjective and objective aspects of time as conceived by the Church and developed, over centuries, through a difficult ongoing conversation between philosophers, scientists, and theologians. I remember our library talk lasting two-and-a-half hours, the rest of the school day. And I went home with a head full of ideas. I never had another conversation with Deacon Chadwick, but my public library card got a lot more use after that beyond Lovecraft, Poe, and Stephen King (though I still love all three).

When I transferred to the even more upscale co-ed Catholic school, where the “religion” textbook had a rainbow on the cover, there were no intense discussions about the Church’s fraught relationship with post-Copernican science, and Latin wasn’t offered, I had to carry on by myself. A school newspaper was considered too risky to condone and too difficult to supervise. The hall pass system couldn’t be gamed. And the students all seemed sedate as they ticked off the days to graduation and an inevitable ivy league future.

I quickly realized that I might as well have brought the monastery with me, given that my family didn’t own multiple boats or go to a country club, making me instantly undesirable in the eyes of high-class girls with parents who were plastic surgeons, IP lawyers, and executives at General Dynamics and Lockheed Martin. I did get a lot more reading done. And I learned about snobbery, which was a valuable lesson I wouldn’t have received otherwise.

But beyond that, in the occasional moment of self-honesty, I wonder whether my life would’ve been different if I hadn’t had those two excellent early years. I wonder about politicians and hyper-pragmatic university administrators breying about the virtues of STEM and job creation, belittling the humanities as “vanity studies.” I suspect many of them never had a single intellectual experience as they met their degree requirements, suffered through term papers, and entered high-level positions, grateful that learning didn’t get in the way of their education.

What about students who’ve never had one enlightening conversation with a teacher, who immediately think of a computer when education is mentioned? What are their inner lives like? What do they care about? What memories serve as good examples for how they should teach and lead others? I hope at least some are touched by the gift of humanistic inquiry, if not for their sake then for the world around them. Many have forgotten that human beauty, human truth, and a sense of shared humanity are expressed primarily through human sensibilities and proportions. You don’t need Latin for that. But I suspect you do need more than a canned lecture on a screen.