We went out with a whimper. 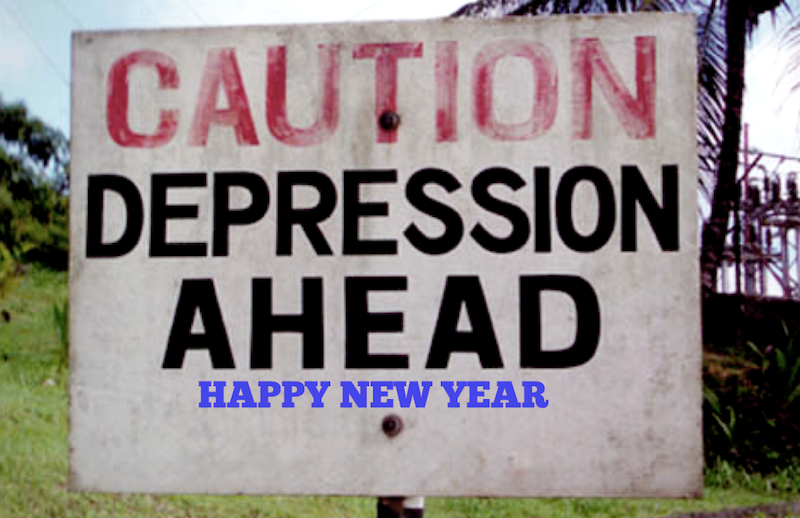 Snap judgments quickly escalate to readymade labels, pre-conceived notions, usually leading to half-assed stereotypes. Acute observations of current events and people of interest read like writing on the wall, with no cryptic graffiti. The spray paint of reason decorates abandoned places. The art of mistrust. Sketches of pain and suffering color a funny cartoon caption. No ancient hieroglyphs or secret codes to confuse today’s bad news. The message's without meaning. Those fibs we tell ourselves to justify existence.

Maybe a giant question mark gouged out in the fleshy lump of every individual noodle-brained head. The world's end is a tired tune, a jingle, a lame recurring song. There's no debating the end of the world. If it's coming, there'll be no stopping it. So sing a song of dreary sorrow. Put off today and probably tomorrow. Doomsday's a hot topic. It’s sexy fun.

Some theorize it's already over. We went out with a whimper. Too many apocalyptic scenarios to take seriously. It's too late for half-baked promises. I've watched and waited a long-ass lifetime expecting some change for the better to occur. I'm still waiting, my brief time’s almost up. Nobody's promised tomorrow. Don't waste one nanosecond on what you can delay tomorrow. There’s no denying the melancholy of sentiment. Let it go. There's no coming to terms with mortality.

The dawn of a new age has come and gone. The past always tense, the future a moot point, the present, a present. No expensive gift but still given freely. It’s a curse for blessed souls. Its big giveaway reveals the prize of what's in store, putting dreams on the layaway plan. I stupidly bought my exploding ticket to life's random lottery. Do you remember that one-way street further on down the dusty road from yesterday? I'll meet you there. The years have been kind, and the golden days are perfect too. It's nice to be alive for a spell. Not so lonely as alone. You may dwell among your kind. You know the type, people like you or me. Common critters on credit buying next year's model for today's brand new image.

The irony of another year waiting for a semblance of life to show up while you're in the middle of living. As the blind lead the band. They’re the herd, following their snouts, sniffing, snorting here and there. From malls and beyond to mega-shopping meccas. A place of worship to constantly forage and gather more stuff for unknown reasons. Their garb is ill-fitting polyester athletic wear, workout clothes, sweat pants. Although they're pudgy, it drapes their bloated balloon-like frames. So many are morbidly portly. The gravity of the situation pull heavenly bodies down. Those types ride electric carts in a slow roll-along, blocking aisles and obscuring the shelves of uselessness. So many wear pajama pants, fuzzy slippers, and sweatshirt hoodies. The heavier ones waddle. Every slow step forward is painful to watch as they shuffle step in the loungewear of the lost tribe.

They wander, drifting in and out of big-box stores pushing carts filled with plastic and cardboard packages containing salt, sugar, lard, artificial colors, and flavors mixed with processed additives plus toxic chemical preservatives. They're the forgotten folks. People left in the cold. They believe it's their patriotic duty to spend more, receiving less in their frenzied buying the inventions of modernity. They teeter at the edge of madness and ruin. Consumers must consume. Enough is never enough, and more is better. Having it all is best.

Don't cry about it. These sob stories are what we live for. Year after mind-numbing year. The tears flow as they pray to their imaginary saviors. Filling the salty ocean brine with sadness. The gods have giggle fits. There are no tears of joy to find. What passes for jubilation is lost in the cries of buyer's remorse as they reverberate echoes across the parking-lot earth. It plays out for better luck or worse misfortune, this crying game of shame belches forth, and the bitter yet sweet tears that fall shall sour, haunting the years to follow. If time allows. Health and prosperity awaits. Cheers! Proceed at your own risk.