All-or-nothing approaches tend to yield nothing. 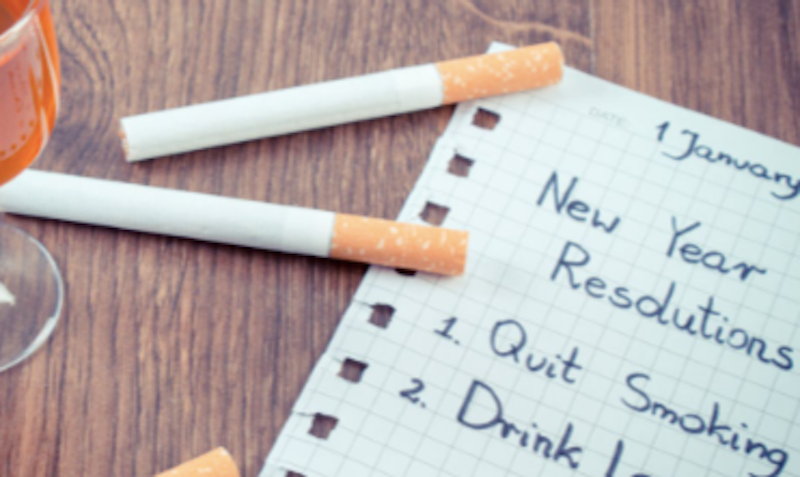 For the individual, a firm resolution to make a drastic change at a set time may be the best way to go psychologically, as with deciding that as of midnight on New Year’s Eve, you’ll never again touch a cigarette. However, the more you try to make sweeping decisions for other people, especially large groups of other people, the more likely you are to forget nuance, impose crude solutions upon individuals for whom those solutions are inappropriate, spark rebellions, make catastrophic policy errors, and fail even by your own policy standards.

So it’s likely to be with New Zealand’s plan to flat-out ban cigarettes and nicotine products for all future generations, starting with anyone born in 2008. One clear sign that the policy has gone awry before it has even begun is the talk of legally limiting the amount of nicotine in cigarettes.

This is one of the cigarette industry’s favorite policy moves, often recommended by the industry’s pseudo-health-promoting proxies in the non-profit public health world. After all, smokers smoke to get the nicotine they crave, and if they get less per cigarette, they won’t just lose interest in cigarettes and become healthy; they’ll buy (and smoke) more cigarettes to get the fix they seek. All the addiction, more cigarette purchases, and more deadly tar—lose-lose-lose, unless you’re an autocratic New Zealand politician who wants to appear to be “doing” something, or a cigarette manufacturing stockholder.

The most insane part of such proposals—narrowly removed from Biden’s gargantuan, budget-busting, civilization-resetting “Build Back Better” legislation just weeks ago—is the punitive tax directed against other, far safer nicotine delivery mechanisms such as vaping. Nicotine alone is very unlikely to kill you, but the tar from conventional nicotine delivery systems—i.e., cigarettes—will. No one should cheer when alternatives to cigarettes are eliminated, increasing the likelihood of smokers sticking with deadly cigarettes, unless they’re on the payroll of cigarette manufacturers, work for “health” non-profits that prefer shallow symbolic or legislative victories (which they can tout to potential donors, including secret pals in the cigarette industry), or are pigheaded puritanical crusaders who simply refuse to think things through.

Puritan crusaders aren’t all bad. They mean well in their zeal, and their moralistic, all-or-nothing attitude might inspire some people to quit bad behavior altogether. But they tend to destroy the moderate methods that might work well for a huge portion of the population. Vaping has been shown in yet another recent study to help people quit, but there will still be those who say we can’t allow a trace of nicotine addiction to remain in the population, so better to aim for purity even if millions die falling short of that goal.

It’s much like banning condoms because you think people ought to be completely abstinent (or fighting furiously against something like Gov. Ron DeSantis’ dyke-building plans in Florida because you refuse to accept anything but draconian global solutions to global warming). You can tell yourself you meant well, but all the ensuing STDs are on your head. Eliminate safer nicotine delivery methods, and all the ensuing cancer deaths from cigarette tar are on your head as well.

The politicians of New Zealand will be patting themselves on the back for a quiet genocide—but then, an isolated island nation that swings between socialism, laissez-faire, and near-totalitarian COVID lockdowns may, like Australia, be as prone to naïve brief flirtations with authoritarianism as far larger and more traditionally authoritarian nations who have to some degree learned the consequences of such policy techniques.

The only “public health victory” on the horizon for New Zealand in all this will be a shallow P.R. exercise—and rest assured there will be P.R., as the government, non-profits, and the tobacco industry inevitably join hands and don smiles to announce a triumphant agreement, as if any of them are making any sort of sacrifice or doing any work by putting the scam in place.

Better a world without any regulations at all than one where these scammers get to kill and then masquerade as saviors, all the while empowering an inevitable black market of replacement cigarettes. New Zealand has shown its willingness to engage in rather totalitarian methods during its COVID lockdowns, but surely its populace hasn’t come to believe governments can do things like prevent teens drinking beer. Stopping nicotine addicts from finding ways to get cigarettes will prove even harder.

Maybe instead of trusting government to transform human behavior, you should resolve to ditch all collectivist solutions in 2022. There will still be endless room for individual improvement, and since cigarettes remain the leading preventable cause of death, I’m all for you making that potentially life-saving effort. Just don’t hold a gun to your neighbor’s head as a substitute for changing your own.