Many leave this place here, where you are right now. 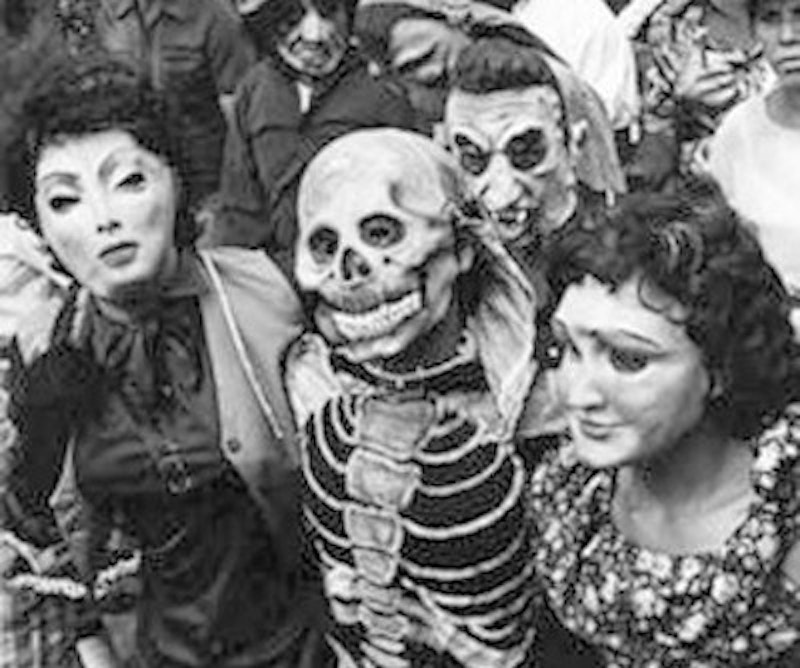 Last weekend, out of the blue, I thought of my old friend Liza Jane. It unfolded behind my eyes like an arcade peep show. All the crazy times we‘d spent together over the years. The visions were clear. There was that time I babysat her pet Iguana while she went on holiday. It died on my watch, leaving me feeling responsible, although the poor critter froze to death when the heat and electric went out during a frigid NYC blizzard. By the time I arrived it was already at death’s door. I met Liza Jane freshman year of college and remained friends for decades until she moved to Florida and married a pro racecar driver. We lost touch after that.

I remembered her fancy cowboy boots and colorful Western shirts. The way she loved to laugh. Little things you don't see in the moment came back in focus. She played cello, a musician and artist. We did a few gigs together in the late-1970s. Most notably, I remembered a show at The Marble Bar in downtown Baltimore. The city was a different world then, no better, just more intense. She played her cello backing me on my guitar and the drummer from earlier Moronics band days, Hoppy, was on percussion. It was a strange gig at the time, playing a hybrid punk jazz. Not a popular genre among the hardcore punk rockers. We didn't even know what it was we were playing. But we pulled it off.

A decade flew by and we hung out together in Williamsburg, Brooklyn. Partying and cavorting among the original Right Bank Cafe crowd on Kent Ave. She tended bar there and lived around the corner in a loft above a hardware store on Broadway below Marcy Ave. We spent many days and nights just having fun, hanging out on the bridge on hot summer nights. Always happy and laughing a lot. She had an imaginary character named Bunny Foo Foo and they sang, "I'm a Little Teapot” together. It was a surreal bunch of years that passed too fast.

The next day I saw a post from a dear old friend Kathe, on her social media page. She said Liza Jane was dead. Shock, dismay and sadness poured over me. I felt like I’d connected with her on her way out of this world just the night before. It could've been a coincidence but I'd like to believe she was sending me a final farewell. She was visiting me in a mysterious wave of frequencies and vibrations in ways I could never explain. I don't have premonitions or commune with the spiritual word. All the significant events that occurred in our travels together traipsed across my brains like a movie teaser. She had a birthday coming this week but that didn’t matter anymore.

Liza Jane was a gentle soul. A great artist, she had a twisted humor I loved. She created large paintings depicting WW2 Nazis. The stark images exposed the true nature of inhumanity. How those paintings stand true today with new generations.

At the time she made those images in the 1980s, Ronald Reagan was president, so it wasn't a far stretch considering today's daily dilemmas. Where the lines between church and state get all mixed up. In the name of some invisible deity. Gods, guns and money have always been easy sells. Just guarantee eternity in an afterlife up in the clouds floating around with all the people you love who went before you. You may even speak to a personal savior.

Many leave this place here, where you are right now. Departing by choice, accident or natural circumstances. Your happy place is elsewhere. Sorry you’re not invited. Coming and going freely from this world to the next like a cool breeze. Some exist other places. Others merely fade away or just drop dead when you ain't looking. It doesn't make it easier. A somber joy of the sad impermanence that drives the heart, head and body.

Houdini couldn't escape death although he swore he could. Vowing to return from the afterlife. You don't need to be a magician to know that the magic isn’t in the trick, it's convincing the audience something has disappeared. Vanished, poof! Then suddenly, just as quick, as if by a miracle the object reappears out of nowhere. Wow! It was never really gone. That's how we do it. Going in and out of this life, escaping out of this world, sliding softly out of here into the next.

I think of all the people I've known throughout this crazy beautiful life. All the "friends" I’ve known. Like Liza Jane’s memories flooding back to life. They stay with us. It's comforting to know you’re loved, even by those who are gone. Kept close to the vest like a winning hand at a poker table. You can’t see them. Holding all the right cards, but it isn’t always about winning. It isn’t always about you. Like a reunion you couldn’t attend, some event you missed. Another birthday celebration passed, another day disappears. Go for a ride on a perfect day, cruising down that road without a care in the world. Suddenly, hurtling high over the road in a freefall tumble. Landing hard on the gravel next to a fence. As you come around you look over at bright red blood covering the greenest grass you've ever seen.

In the near distance, the sound of a truck slamming brakes. Look up to the sky as buzzards circle above. Realizing they didn't waste any time finding you. Slowly slipping away, sliding in and out of now. Turning your head toward the old wood fence, a horse stands looking over the top rail. Staring down at the crumpled heap of meat you've become. What a weird magnificent creature. I could never compare or judge you. You say a faint, hello there old friend, as you start to close your eyes one last time. The horse shakes its head and neighs. It sounds like laughter.