First the Tears, Then the Rest

Oscar Berkman spends a night with the girl of his dreams. 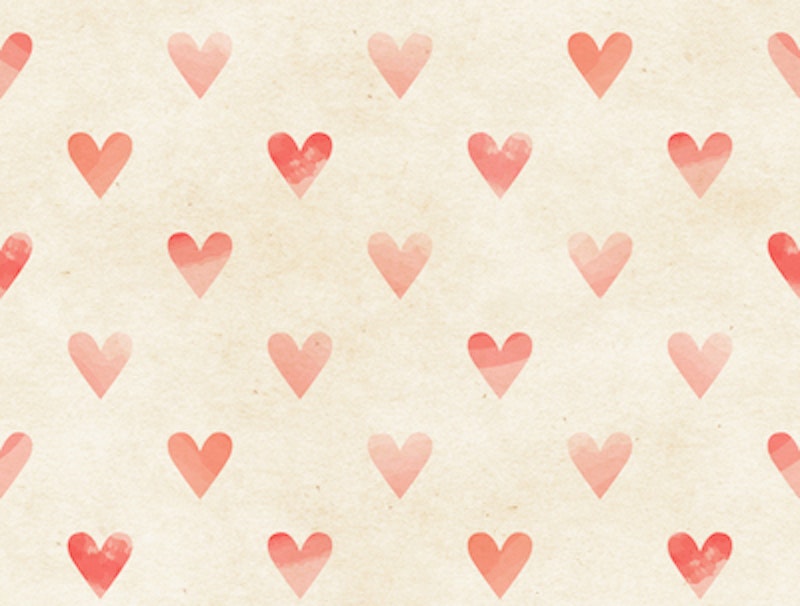 Camden Camden started crying, the way people do, the way everyone does.

“I love Brian so much, Ossa, even if he’s too great and too big-hearted to love me back,” she said, referring to our co-worker Brian Powell, a cynical hack who had amassed a small Twitter following for his disingenuous posts about gaslighting and toxic masculinity.

“I know you do,” I said, wondering if she had slurred her speech or forgotten my name yet again. My name, Oscar, was easy enough to remember. There was nothing difficult about it, even if people like Camden were always messing up and calling me Orson or Ohvuh or some such thing.

“Even though we’re not really an item, and he’s all about the liberatory politics of polyamory and needing an ‘open thing’ on account of how he’s a radical, I want you to understand that I wouldn’t ever cheat on him,” she continued. Camden had uttered this refrain throughout the evening despite my obvious disinterest or uninterest in her, the choice of which would depend on whether one considered my current bachelor status to be “volcel” or “incel.”

“I think that relationships are complicated,” I told her. I’d said this to her many times before, because it was trite and meaningless, precisely the sort of thing every moment called for.

“He cares about me. He has a good heart, even if I know what he’s up to in all those DMs he sends. Deep down, he’s very into all this social justice... abolishing the family, Darfur, Medicare for all, staying in your lane, being an ally, believing women, you name it,” she continued, her tears slowly giving way to sobs.

“I know that, Cammy. Brian’s a real white knight, always looking out for everyone else’s interests. Hey, are you okay?”

Camden’s sobs only grew louder, distracting me from my attempt to remember the results of UFC 136—was Frankie Edgar versus Gray Maynard the “mainer,” or was it Jose Aldo decisioning Kenny Florian? As my mind wandered, Camden flung herself into my arms. “I’m a good person, Orson. I wouldn’t cheat on him for $50 dollars, not for $100, not for some anonymous paypig sending me my rent money on Venmo. Not even for a vanity byline in, say, “The Cut” or The New Yorker. That’s not what I do, not how I am deep down, not the kind of person I see when I do my astrological chart or flip my tarot cards. You know this, right? I’m very committed to having a family with Brian, you know... I mean, when we’re not posting about working to abolish it. I guess we haven’t figured it all out yet, is what I’m saying.”

“I’m older than you are, Cammy, and I still haven’t figured it out,” I said. I paused for a moment, wracking my brain for something else to say, something reassuringly empty. Ah yes, that was it! “There, there,” I added. “There, there.”

“You’re a great guy, Oliver. I don’t know why some girl hasn’t snatched you up,” she said.

I shrugged because shrugging afforded me the opportunity to pull away from her. “I don’t really care. I’ve resigned myself to this life. My life is in the work.”

“What work do you do, Ossa?” she asked. “Are you into fitness or something? You’re very masc-presenting in kind of a gross way, but still friendly, like a television sasquatch or a gym teacher. So like... personal trainer? Gay webcamming?”

“We write for the same online publication, Cammy,” I replied. “I write about fitness influencers, steroids, whatever. Bro topics, I suppose.”

“I’ve never seen you there,” she said.

“There are only four people who use that co-working space and I’m one of them,” I said.

She cracked a smile. “Oh, okay, maybe that’s how we know each other,” she said. “I’ll have to read one of your pieces. I mean, when I’m not busy. I’m pretty busy most nights, so I don’t even get to read my pieces, but I guess my analytics are okay. The Chief hasn’t paid me yet, but he hasn’t fired me, either.”

All my life, I’ve listened to this sort of nonsense. People tell me their stories, which amount to nothing because life itself amounts to nothing. They forget names, even my name, and mangle the slightest details. And in all my time as a writer, which now covers two decades yet feels like one half of a split second, no one has ever read anything I’ve written much less anything they’ve written. No one reads anything at all, yet we talk about writing and writers because why not? It’s impressive, perhaps, and helps you ingratiate yourself with the “right crowd” and the “smart set.”

And because I have nothing better to do, because I’m the sort of blockhead who wouldn’t be out of place in a “Peanuts” strip, I always listen with rapt attention. “Anyway, getting back to you, Brian sounds fantastic. He’s going places. Look at all the retweets he gets, look at the brand he’s built. That ‘Lana Del Racism’ hot take he wrote really blew up. He’s definitely the guy for you,” I said in a sarcastic tone—which was the same monotone I always used, so of course no one ever noticed because no one pays attention to anything that isn’t a text message or an Instagram notification.

“I mean, you have to compromise on some things, right? He isn’t perfect but he’s trying.”

“Do you?” I asked. “There was the #MeToo thing with him. Several of those #MeToo things, actually. Pretty rough stuff, if you ask me. And then there were all the nasty rumors about women in media he was passing on to those alt-right influencers.”

“That’s how life goes, I guess. Brian apologized and says he’ll do better, and I think we owe him that chance, since he’s been such an ally in the past and because of the platform he has. I think he understands it all much better now. He’s learned and grown a lot.”

I ran a finger through my coarse mountain of pompadoured hair. “Well, the lord works in mysterious ways.” Here was another bromide-as-fallback, empty as ever because like everyone else working in online media, I was some kind of lame, lukewarm agnostic who only publicly supported religions when tight-assed secular European countries were attempting to ban or suppress them. I said these pointless things because I felt they needed to be said, not because they needed to be heard or even because I wanted to say them. They amounted to the garbage verbiage one had to spew because that’s how the cookie crumbled; it was what it was and all that.

Her makeup streaked her cheeks in an especially unflattering manner. “I don’t know about all that religious stuff, Omma. I love Brian, and when something’s right, it’s right. I would never cheat on him.”

Saying the lord worked in mysterious ways was as preposterous as it was banal, as I didn’t believe in the lord and therefore didn’t believe the lord worked in mysterious ways. But in spite of that, mortal sin remained an oppressive reality for me, a bridle that no priestly absolution could remove. It didn’t make any sense, and it never would. “It’s hard to say,” I told her, because it was.

She placed a hand on my shoulder. “You’re a great guy, and Brian’s a great guy. This world is hard on great guys, what with all the toxic masculinity and gaslighting that’s out there. I’m so glad I found mine, though. I’m so lucky.”

She turned away from me. “You need to leave, Osha. This isn’t healthy.”

Sooner or later, we all have to leave. When we do, we’re forced to invent narratives that elide the most difficult parts of these departures. And now it was time for me to go, even though we were sitting in a Shake Shack and I still hadn’t finished my third Shack Stack. “I feel you,” I said, grabbing the burger and heading for the exit. “Good luck with all of that.”

Her tears were enough. I didn’t want to imagine the rest.