Bringing Out the Best in People 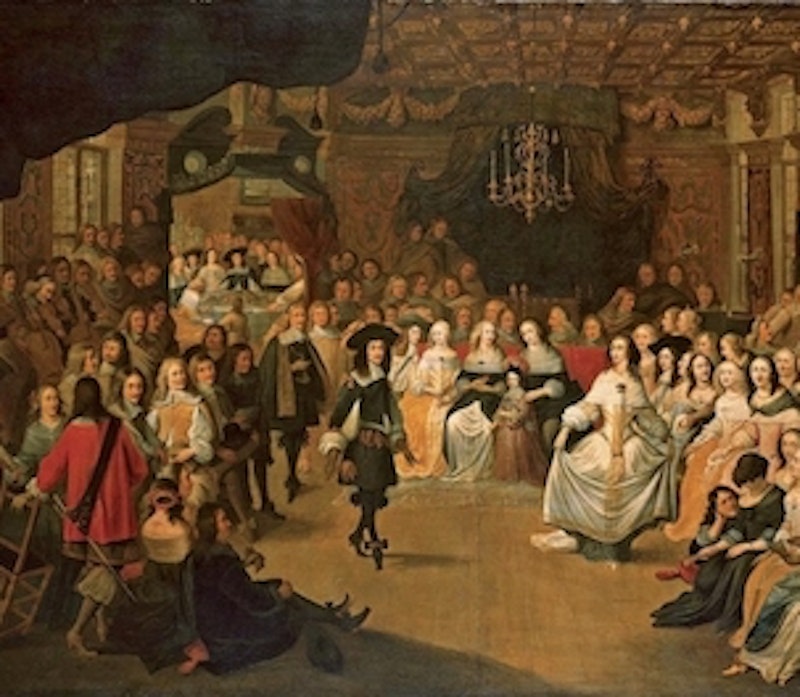 We live in an awkward age that jumbles the proper order of things. In his essay “Ceremonial at the meeting of kings,” Michel de Montaigne writes about who should show up first when kings are slated to meet their inferiors. Back in 1580, when two people made an appointment, it was always clear who was inferior to whom.

He doesn’t necessarily draw any firm conclusions, however, when it comes to etiquette. Sometimes, he thinks the king’s host should appear first: “The normal rule governing all our interviews is that it behooves the lesser to arrive at the appointment first, since it is the privilege of the more prominent to keep others waiting.”

In other cases, however, it’s just the reverse: “It is said to be the normal courtesy when princes... arrange a conference that the greatest should arrive at the appointed place before all the others, and especially before the one on whose territory the meeting takes place. We incline to explain this as a way of showing that it is the greater whom the lesser are coming to visit: they call on him, not he on them.”

As the driving force behind The Montaigne Project, I’m often myself inclined in favor of wild digressions only tangentially related to Montaigne’s original claims. I think it’s the right thing to do; it’s what Montaigne, himself, would presumably have wanted. I could write about the manipulative tactics of modern power brokers, who never really know who is superior, and therefore try to show up later than each other to every meeting they attend. In other words, instead of showing up later because they are powerful, they try to be powerful by showing up later. This is the same principle that Mark Zuckerberg followed when he showed up in sweatpants to meetings with angel investors. It’s the same principle to which a jaded seducer appeals when he describes love in glowing terms to someone he wants for a conquest.

But in this case a little more of a literary focus is required: it behooves me to explain why it’s such a pleasure to read an essay by Montaigne that seems to go nowhere. The author admits as much. “No topic is so vain that it does not deserve a place in this confused medley rhapsody of mine”—that’s his opening sentence. Furthermore, rather than arriving at any certainty regarding his supposed topic, Montaigne ends on a tangent of his own: “Nevertheless to know how to be elegantly at ease with people is a useful accomplishment: like grace and beauty, it encourages the hesitant beginnings of fellowship and intimacy; as a result it opens the way to our learning from the examples of others and to ourselves providing and showing an example, if it is worth noting and passing on.”

The key idea here is that Montaigne admires people who can elegantly “open the way” by putting us at our ease. Montaigne, of course, means that such people are elegant themselves. But the reader is also justified in taking him in a Johnsonian sense. Samuel Johnson once said this about a lawyer he especially disliked: “He is not only dull himself, but the cause of dullness in others.” Similarly, the courteous gentleman Montaigne imagines is not only elegant himself, but a cause of elegance in others. He brings out what is best in the people he receives. That is what a writer ought to do, or at least, something quite interesting and unusual that he or she can do. Instead of placing his bets on logic and argument, he can—through skill and style—be a spur to the ideas of another. It is a generous trick, and one that requires a particularly light touch.

Consider the Stooges’ album Funhouse. It’s certainly a piece of writing; there are lyrics. But those lyrics don’t mean what they look like on paper. “T.V. Eye,” apparently, refers to a woman shamelessly checking out Iggy Pop. It stood, to the members of the band, for “twat vibe eye.” But nobody listening to the album knows that. What “T.V. Eye” means, or what the line “She’s got a T.V. eye on me” means, is really about the way it provokes the listener with blurry postmodern associations. Montaigne’s essay isn’t really about kings, or appointments, or etiquette, in any sort of traditionally useful way. It simply revels in the ability to ask a puzzling and fruitful question. It is, as a result, not merely elegant in its contradictions. It is the cause of elegance in us.

—This essay was inspired by Michel de Montaigne’s 14th essay, “Ceremonial at the meeting of kings.”