The bizarre street names of Greenpoint. 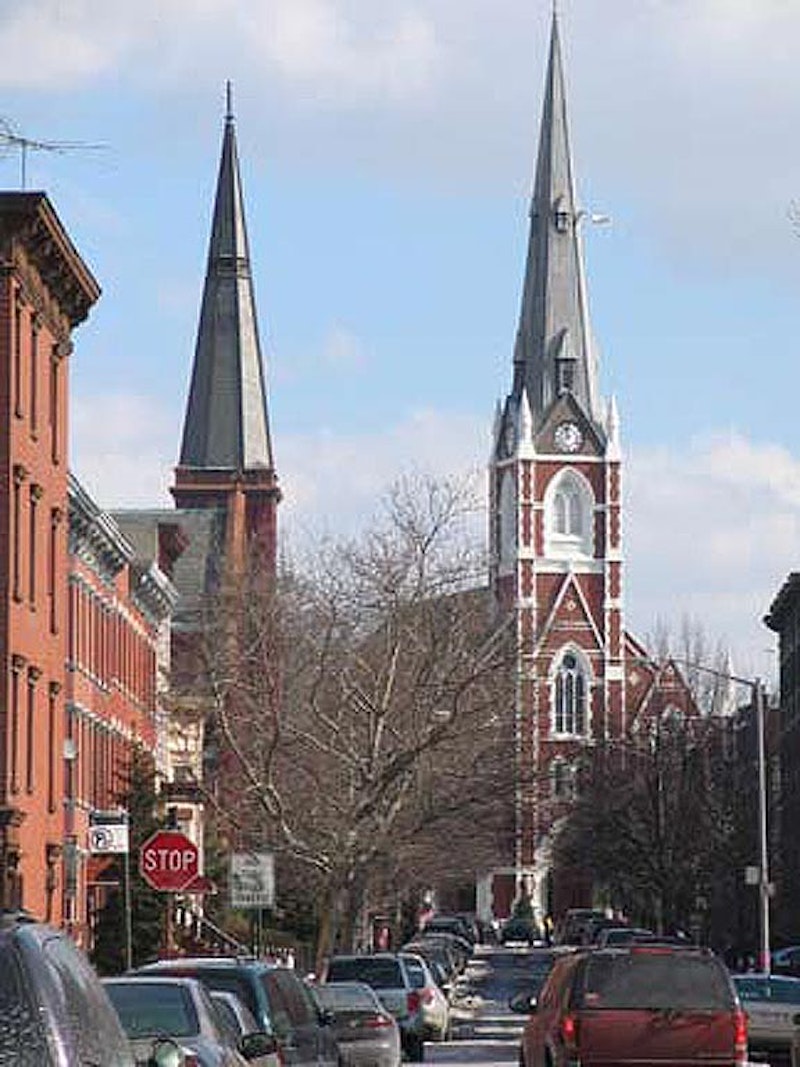 Greenpoint street names aren't easily explained. Very early on they simply bore letters, from A to Q; they later acquired names, in alphabetical order: Ash, Box, Clay, Dupont, Eagle, Freeman, Green, Huron, India, Java, Kent, Milton, Noble, Oak and Quay. L became Greenpoint Ave., and P Calyer St., both by 1855. Some of the buildings still carry letter signs. Ash, Box and Clay attest to the area's industrial past while India and Java hark back to the region's former waterfront history, with ships carrying cargo from far-off lands laying anchor; Milton St. was named for 1840s ship chandler Daniel Milton. The Meseroles and Calyers were early settler families in the 17th century, but it was industrialist Neziah Bliss and educator Eliphalet Nott who transformed the sleepy farms and fields into an industrial and shipbuilding town beginning in 1834. Meserole and Calyer are Greenpoint street names, while Bliss settled for a street in Sunnyside, Queens, across Newtown Creek, and long-ago Bliss St. became 46th St.

Sixteen years later, St. Anthony was joined by a new spire, as the Evangelische-Lutherische St. Johannes Kirche, or St. John's Evangelical Lutheran Church was constructed by, as fitting, a German architect, Theobald Engelhardt. While Anthony's the star, John has a couple of highlights, like a flying buttress here and a collection of lancet windows there. 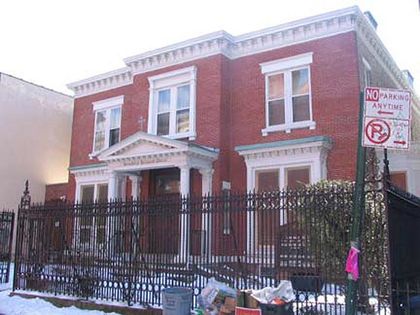 For such a short street Milton has a big spiritual side. The Greenpoint (Dutch) Reformed Church at #136 is the former Thomas C. Smith mansion. In a formerly industrious neighborhood this was the relatively modest castle of one of the area's chief manufacturers, as Smith (1815-1900) was the founder of the 19th century's foremost fine china and porcelain makers, Union Porcelain Works. Smith built the house in 1867, and the church moved from Kent St. in 1944, after the building had a stint as the local YMCA. There are two bowling alleys in the building’s basement.

Beginning in the 1860s, Greenpoint, in addition to being a chief port, was a center of production of goods comprising the so-called five “black arts” of printing, pottery, gas, glass, and iron and also a prime shipbuilding center: the nation’s first ironclad warship, the Monitor, was built in Greenpoint. 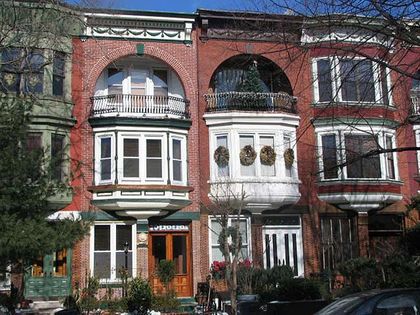 Milton St. is lined on both sides with mansions built by Smith, who had a way with a recessed porch known as a loggia. Other than a renowned china maker, Smith also had a long career as an architect—the buildings with the loggias, 141-149, were built in 1894. 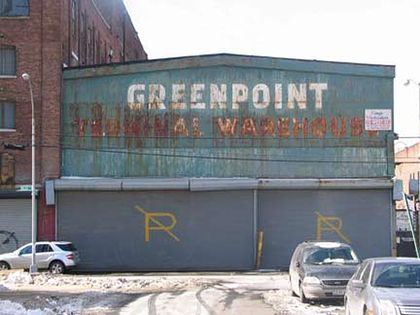 Much of the Greenpoint Terminal Warehouse, a group of abandoned commercial and factory buildings between West St. and the East River from Milton to Oak Sts., burned down in a suspicious fire May 6, 2006. A portion of the brick terminal survives, but a parking lot stands on part of its old territory and at the south end, on Quay St., luxury housing is inevitably rising. 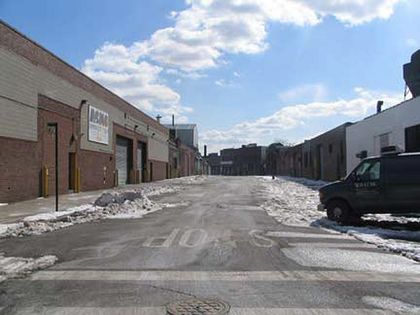 After leaving Milton St., I headed south to Gem St., which runs for just one block, between Meserole Ave. and N. 15th St. just east of Franklin. It’s unlit by lampposts and populated by a collection of small businesses. It's a stumper why it's called "Gem St."—there are two other streets in Greenpoint called Jewel and Diamond, but they're 10 blocks away. I see a vague commercial connection: the next street over is Banker, and then there are two streets vaguely associated with farm animals, Dobbin and Guernsey (though Leonard Benardo tells us in Brooklyn By Name that Guernsey is named for a prominent homeopathic doctor, Egbert Guernsey (1823-1904).

In Greenpoint, Gem St. is known chiefly for the Acme Smoked Fish factory, which supplies fish not only to supermarkets but also to well-known purveyors in the city (Zabar's, Russ & Daughters, etc.), and opens its doors to the public every Friday from eight a.m. until about noon. They sell packaged fish as well as whole whitefish and cut-to-order pieces of lox at wholesale prices.