A Train Trip Through Iowa

Like many reviewers, Gerald had a love-hate relationship with the Iowa Writers’ Workshop. 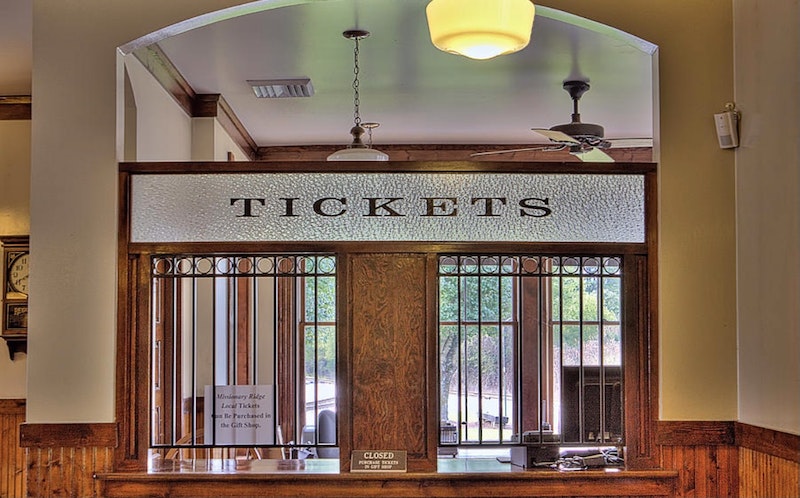 Gerald wheeled his suitcase up the ramp to Union Station. He'd entered train stations so often in his life. Baltimore to New York City. Philadelphia to Boston. Washington, D.C. to Pittsburgh. The train was always Gerald’s preferred mode of travel. He’d never gotten his driver’s license. His mom’s car accident had killed the desire to drive when he was 15. She’d been immobilized for two months and became both physically and psychologically limited after that. A truck speeding through a red light. Gerald remembered rushing with his dad to the hospital and the flurry of activity through the glass wall of the hospital room.

In his life, Gerald had been a passenger. In almost every way. The train’s rattle and sway was one of life’s comforts. The books guided his days. The music, baseball games and films guided his nights. The actual writing of his reviews, that process was the only time he was doing the driving.

Gerald entered his credit card at the kiosk and received his ticket. Track number 12. Departing at 8:15 a.m. Arriving Osceola, Iowa at 2:23 p.m. He approached the café counter and ordered a large dark roast, no cream, no sugar. The muffins looked good. So did the ham and cheese croissant. He bought both and an orange juice for later. $22.50. One of the aspects of being in his 60s that Gerald despised: he remembered how much a coffee cost in 1975. It wasn’t that the coffee was actually any good then. Nobody knew any better. Almost as if coffee had been discovered in the 1990s.

Gerald readily admitted he was a coffee addict. One of his few vices. How are you supposed to read books all day without caffeine? At least there was always a good brew at the newspaper conference room meetings. The one day a week he had to leave his home during the day.

After finding track 12, Gerald settled in for an hour wait. He called Rebecca and told her his arrival time. She’d be driving the 45 minutes down to Osceola to pick him up. After the two-month wait, the day finally arrived. Gerald noticed his stomach fluttering for a moment. He shook his head at his own body. He listened to “Equinox” and let the anxiety float off as he munched on his muffin and sipped his coffee, leaving his mask dangling from an ear.

An hour later, the train was boarding. Gerald needed to show that he’d gotten his vaccine. He had the paper in his wallet. When the train attendant asked for the proof, Gerald started to worry he’d lost it. Finally, he dug it out and showed the man.

He stepped onto the train and found his seat. The row was empty for a while. Just before the train was about to depart, a stunning young woman with a buzzed haircut, high cheekbones and a BLM shirt sat down across from him.

They nodded to each other and Gerald went back to a book of personal essays. Pleasure reading for a man who reviewed fiction for a living. Fifteen minutes later, she asked him his name. He reciprocated. Hazel was born in Chicago, an activist since she was in high school, her mom had been in the Panthers. She was now one of the heads of the local Black Lives Matter chapter. She was burnt out, and heading to Iowa City to see a friend who chose academia instead of activism, now about to graduate from the Iowa Writers’ Workshop.

Like many reviewers, Gerald had a love-hate relationship with the prestigious workshop. The authors who came out of Iowa had something of a literary red carpet set out for them. Getting accepted became a gateway. But Gerald had a suspicion for writers who set out on writing careers seeking fame or with such a naked need for praise and literary validation. He felt those writers tended to take calculated risks, both in their personal lives and in their writing. For fiction writers, experience was ammunition. The workshop was too much of a secret society, too insular and connected to the literary agencies. Of course, that was Gerald’s view from the 1990s through 2010. Now that the Internet had upended the publishing industry, most MFA programs were considered elitist and practically passé.

There would always be jealousy and hand-wringing. Gerald generally opted out of those conversations and that approach to the work. The text should speak for itself. But it was true… how did a reviewer choose which books to read? Which texts even made their way onto his radar? Often, he was assigned them and he had to trust the selection process.

“I’ve never been able to figure out how to date,” Gerald said.

“You mean, ‘Too many rules. Too much small talk?” Hazel asked.

“Yes… and too messy. I like my routines… maybe too much,” he responded.

Her last girlfriend was a slob… and on top of that… emotionally messy. Unpredictable.

“So what are you planning to do in Iowa? Hazel asked.

“I’m going to get messy… I hope,” Gerald raised his eyebrows in a “We’ll see!” gesture.

“Well good for you! Never too late, right? Go get messy!”