It was Gotham on the ground and Wuhan in the air. 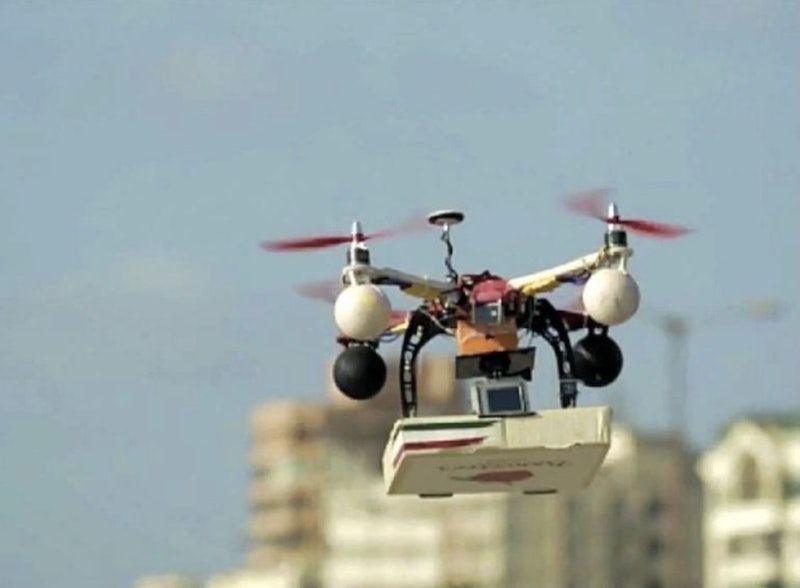 It was an air strike of speed and stealth, of comparative swiftness by a people of diminutive size. It was a Lilliputian bombing run, the Blitz with Laputan technology, or a war of evacuation—Dunkirk in a sea of sky—in which civilians rescued the defenders of their island nation.

It was also Gotham on the ground and Wuhan in the air, pierced not by a signal but lit by a squadron in the shape of a flock. It was night without the Dark Knight, in a city with a suicide squad of drivers with Joker faces.

It was a burst of horsepower and a blast of firepower, of positive and negative Gs, sending EVs into launch mode as infantrymen launched explosives.

It was all of these things, according to eyewitness accounts, but it was one thing for sure: a death race.

An order was no longer on its way.

Inside the cabin of a mobile kitchen, of what looked like a set of appliances gone awry, what with the smell of burnt rubber and fabric, and the sight of a torn popping pan, blood streaked across a white headrest and headliner. Outside, beneath a zigzag of gray and violet, jacaranda blossoms slipped and spiraled in a half-light of sodium vapor, falling on mesas and impact craters; browning atop micrometeorites of flaming beef—meatballs—as a chrome T-shaped badge swung above a five-letter word: TESLA.

Back inside, a lump of charcoal flickered beside carpet and leatherette. A man placed his palm over the dying coal, before lifting it without complaint. He spoke to it; he spoke into it, as if he were conjuring Asclepius on a single, shared frequency band, as if he were radioing for a rod and snake, as if he were squeezing a talisman instead of a button—a push-to-talk (PTT) button—on a walkie-talkie.

—Malnati, this is Andretti.

—You know the rules.

Protesters waved placards while a couple of corpulent, mustachioed cosplayers used shredded mushrooms for confetti. Dressed in blue-on-red and blue-on-green outfits, along with initialized hats and white cartoon gloves, “M” and “L” were merry pranksters. They motioned for passersby to join them outside the “Pizza Theater” with the single-tile, neon logo.

The twins cupped their ears, and raised their hands with their palms up, signaling the crowd to chant louder.

“Do the right thing,” a protester said.

Watching a masked woman hurl a trash can, the number 61 spray-painted on this fluted column of galvanized steel, watching the scene in real time, in time with an auditory hallucination by Johnny Mercer, gave the scene transcendence.

The effect was a chrysanthemum of glass, rippling and expanding into a food fight.