My Life with a Mercenary

Does my wife love me or murder more? It’s hard to tell sometimes. 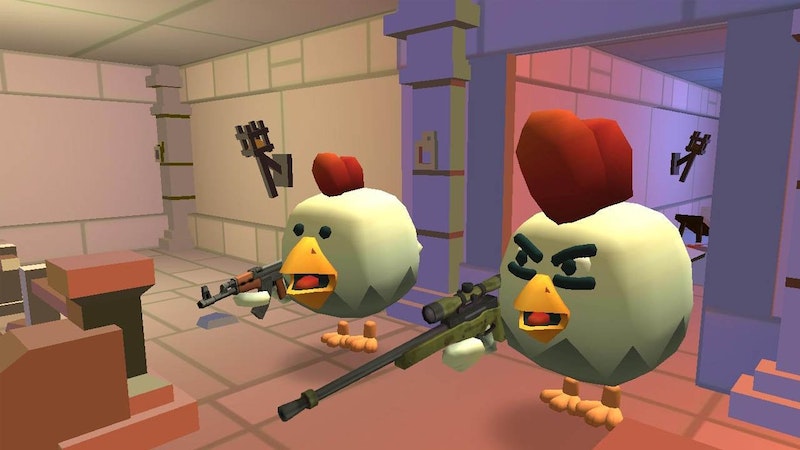 Pictured: My wife and I in a different, more exciting life.

We were sitting at the breakfast table yesterday when Bennington brought up Meghan McCain. “Not table talk, Benny. Not fit for kitchen discussion.” Monica called me a sexist but nevertheless agreed and insisted that Bennington never bring up that particular co-host of The View ever again, in the kitchen or anywhere. “You don’t control me,” he hissed, standing up from his high chair, “and I’ve had enough of your scheming and worming into my life. YOU’RE GETTING INSIDE MY MIND!” Then Benny threw a plate of jam at Monica and the feathers started flying. He’s been in solitary out in the hotbox ever since. We’re not sure we’re going to let him back inside.

“I have to admit, though, Monica, that I do find Megan McCain…” She stopped me. “What? You find her what, exactly?” I demurred and looked down at my plate of sprouts and toast. “An intelligent woman. Can you pass the butter?” She didn’t. “How is she smart? Name one smart thing she’s ever said.” I stammered and asked for the butter again. “Name one smart thing. One! You can’t. You just want to fuck her.” I rolled my eyes and asked for the butter again. “Oh, now you’re sighing at me?” I guess I did sigh… to be fair, she’s pretty annoying sometimes… “Fine. If it’s going to be like that, it’s going to be like that. You can go marry Megan McCain and get your books published that way. I’ll finally be able to join the IDF like I’ve always wanted.”

This was news to me. I knew Monica was an intercontinental mercenary with a license to kill, but I didn’t know she was Jewish. It briefly made me reconsider my entire life with her before she clarified: “I don’t care about Jerusalem or whatever but the women are hot and the tech is next level. Like whoa.” I sarcastically asked what exactly she would be firing at. “What do you mean?” I explained that Palestine has already been bombed to bits by Israel. “Oh, so now you’re left-wing. Bernie Sanders. AOC. Eichmann.” Monica got up, opened the oven, and served dinner without a word: marinated cat with anchovies. “I think this one’s named Rolo.” We both laughed at the silly, infantilizing name given to this meat by its human creature. Mankind ain’t right.

I’m going to lose Monica one day; not to death or disease, but violence. My wife is a trained killer and it’s killing her leading a normal, quiet, slow life in Marshfield. She really doesn’t like it. All those excursions and day binges with Bennington have been a thin high for someone already accustomed to extreme adrenaline rushes and more importantly, a sense of purpose. None of our children are living and I’m not sure she loves me anymore, at least not as much. More and more, Monica spends time away from the cabin, just wandering around looking to see if she can help in any petty crime or even burglaries. She’s going to get caught because she wants to get caught. She wants to feel something again.

“What do you want to watch tonight?” Monica asked me as if I had a choice. “How about Death Wish IV?” And so we watched Death Wish IV. It was written…