Let’s Guess About Provincial and Parochial

Then I’ll look them up. 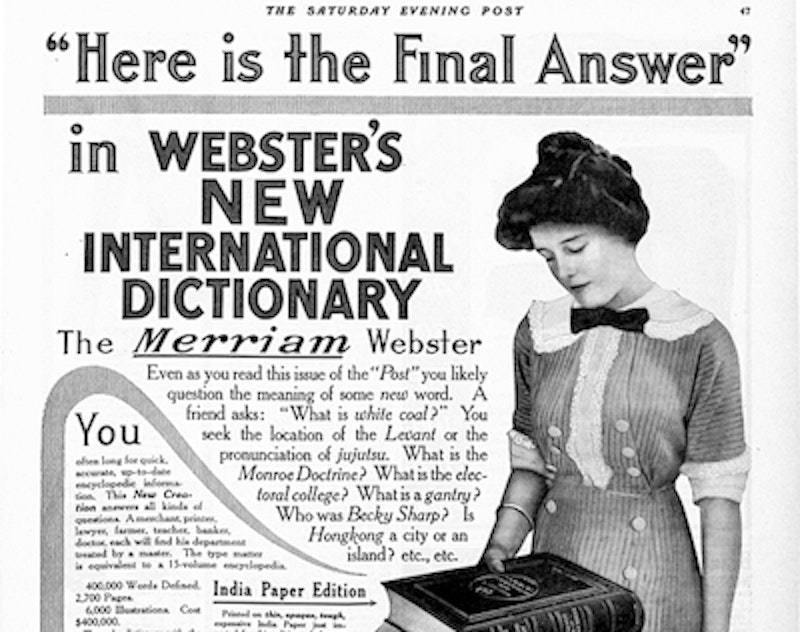 I’ve used these words most of my life. Not all the time, but often enough. I never looked them up. Even so, I’ve got a clear idea of what each means. I’m like this about a lot of words and really I should check if I’m right. To test myself, I’ll write out my personal definition of provincial and parochial and then look in the dictionary. If the differences prove too great, I’ll either rethink matters or forget the incident.

Provincial implies being dowdy, second-rate, and far away from the big town, the place where things happen. The small-timers of the provinces want to register on the scale dominated by Le Bernardin, Martin Amis, Vanity Fair, Ogilvy & Mather, Dior, HBO’s offices, the Royal Academy of Dramatic Art, and Gregory Crewdson. Up there are the people who do things right, and they lead a high life of one sort or another. Those without limos still know their brains and/or style of living outclass 95 percent of the population. Below are the people who live among shallow waters and slow currents. They don’t know what’s new and their work is done to a lower standard. If they really had what it took, they’d have gone to the big town. I mean, that’s the implication of the word; I’m not saying it myself.

Parochial takes a different turn. It focuses on the limitations of outlook, even of soul, that come with believing that one’s particular spot on earth is the center of all. Pining for the far away doesn’t rule out narrow horizons, so a provincial person can also be parochial. Tucked away from new influences and unchallenged by strong competition, they might come to fit their little world. But often enough this accusation is turned around and the cosmopolites are called parochial. They think they’re at the top, so they ignore most of the world and miss out accordingly. That does happen. An extreme example: In New York, I had a boss who’d read the front page of The New York Times and no other news except that. He didn’t even read the inside of the paper. The Times was the best newspaper in the world, so its front page was enough. This fellow was more parochial than most burghers in Ohio, or so I expect. But not provincial. The big town isn’t the provinces.

Now to look under the covers. Merriam-Webster.com tells us that provincial means “limited in outlook: NARROW” and “b: lacking the polish of urban society: UNSOPHISTICATED.” Whereas parochial means “confined or restricted as if within the borders of a parish: limited in range or scope (as to a narrow area or region): PROVINCIAL, NARROW.” I score an inch off the bull’s eye with provincial. What I take to be the meaning is the secondary meaning. The chief meaning is exactly the one I give to parochial. Whereas the definition of parochial has nothing to do with point of view until “PROVINCIAL, NARROW” comes in. Up to then it’s about operational matters, jurisdiction. So I’m 10 inches off, I suppose.

I didn’t know paroch was an adjective form of parish. Never thought about it. I knew about provinces and had seen provincial used specifically about the provinces versus the capital (or other big cities). I’d never seen any discussion of parishes, not beyond mentions of this priest or that. Parochial was floating free, as far as I was concerned, so I attached it to the larger meaning at hand. If asked, I might have guessed that a Latin word lay back there someplace, and that its meaning might have to do with narrowness. But I wasn’t asked.

Now I have a surprise. I’m bitter, but I think I learned something: etymology is a dead end. Language evolves and my distinction makes sense—most people will recognize provinces in provincial, not parishes in parochial. I’m sticking with it, you can do what you like.