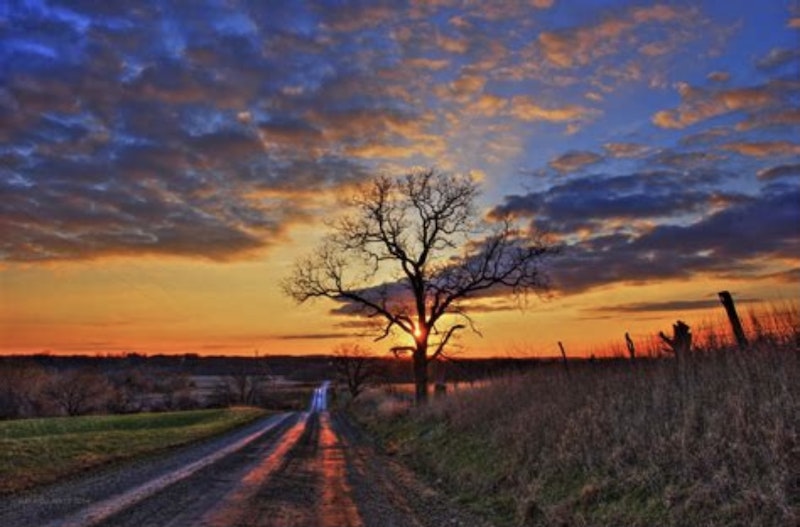 Lawrence had four new tires. He imagined changing his feet every 20,000 miles. The oil had been changed. The air filter replaced. The wipers worked better. He was prepared to leave for Austin. Mickey had been disappointed that Lawrence wasn’t going to visit him in Panama, but thought the new plan to stay with Sophie for a few weeks was a great one. He told Lawrence the invitation was open and that the beach wasn’t going anywhere, at least until the sea rose and swallowed up Panama for good.

As he drove south, Lawrence considered fatherhood. What was it he’d been so afraid of? Having enough money. Being able to give all of himself. Having patience. Becoming his father. All of it. More than that, he used to let his fears become him. Over the years, he’d gotten better at recognizing the fears and letting them pass. Acknowledging his limits and being less afraid of showing them to others. He was still worried about money. He wondered if Sophie had saved up all these years later.

The drive was directly south. Route-81 in Nebraska, joining up with 35-South, rural Kansas, Wichita, down through Oklahoma and the reservations to the east. Osage, then Seminole and Chickasaw. Lawrence barely saw any other cars. Truckers, pick-ups, Harleys and rest stops. All these left-behind places with people who’d been pushed west by Manifest Destiny bullshit, by guns and greed. Native people forced away from rich farmland and rivers into the dusty terrain of Oklahoma.

Lawrence called Sophie from a place called Thackerville (pop 445) on the Oklahoma-Texas line. He’d driven most of the day and stopped for gas and a stretch. According to his phone, he was about four hours away. Sophie had stocked up the fridge and was about to start making a chili.

Some dingbats called out to Lawrence from a pickup truck, mocking him for driving a hybrid. Lawrence walked into the rest-stop, stretched his aching back and stood at the urinal, feeling the sweet relief of emptying his bladder. Suddenly, he realized a toilet was necessary.

He peered into the stall and, miracle of miracles, it was clean. A minute later, Lawrence overheard two guys at the urinals, talking about their sons.

“He won’t play ball with me. Just wants to sit there on his phone all day. Like his arms and legs don’t work.”

“Yeah, mine started cussing out teachers already. I didn’t do that until the end of high school. Kid is only 11!”

“What the hell we supposed to do? Cain’t hit ‘em no more. Just supposed to take the phone away?”

“Take him for a car trip and scare the shit outta him.”

Lawrence sighed. How about just talk to your damn kids? Why was that so hard for most men to do?

Lawrence’s parents had the girls first. Lawrence was the baby. His dad thought having a boy meant he didn’t have to talk so much. He took Lawrence to movies and they went bowling. They just did the thing and then went home. From the passenger seat, Lawrence sometimes watched his dad drive, out of the corner of his eye. Eyes on the road. Jazz on the radio. An occasional expletive intended for other drivers. It was as if his Dad used up all of his words at work. So drained by the time he got home, he might as well have been mute.

As he followed the road south, Lawrence thought about moving to Austin for good, or asking Sophie if she wanted to come back to Lincoln. Or maybe they should move west. Albuquerque or Denver.

Lawrence wound his Civic steadily through North Texas, rolling on down the highway through Fort Worth and then Waco and finally, toward Sophie in Austin. Off-ramp debris surprised him. A loud “thump” and then a wobbling sound coming from the rear tire. Of course. He called Sophie. He pulled over to the side of the road. His phone told him he was four minutes away from her apartment.

Lawrence sat in the car with his eyes closed. Sophie was on her way. These 12 hours of driving would be forever incomplete. Four minutes away from her place. Life would never be simple. Plans would always need an asterisk. People would always need other people. At that moment, Lawrence decided to accept all of it. The absolute imperfection of human existence. The naturalistic truth that we can never put our hands in the same river twice.

As he sat in silence, Lawrence felt his body soften and his shoulders drop. There was no need to worry about the how, the when, the why, the what, or the where. The who was Sophie. She was on her way.