It was a rainstorm with high winds that left more than half a million people without power. 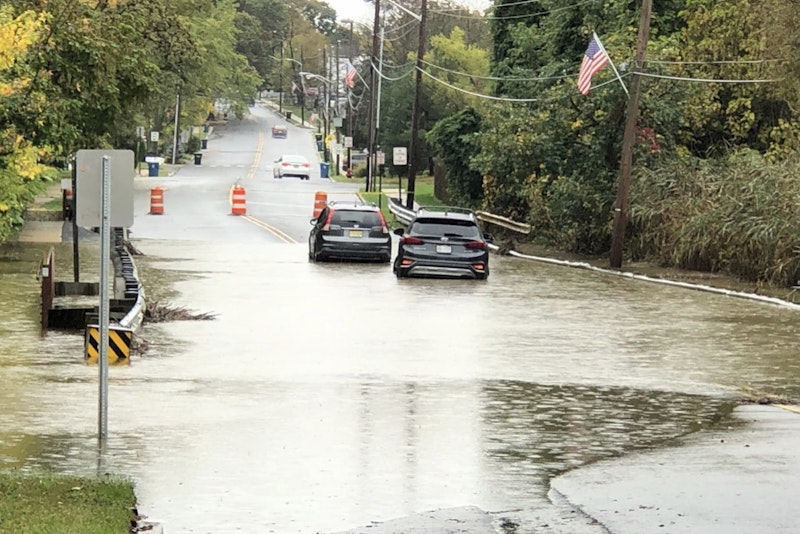 Last week, the South Shore of Massachusetts was the epicenter of a nor’easter. It was a rainstorm with high winds that left more than half a million people without power. Traffic lights were also knocked out for a few days in some communities. When driving, I thought, are all of these traffic lights necessary?

Wednesday night was the first where I ventured onto the roads since all communities lost power. It was a lot darker than normal because businesses signs weren’t lit up, there were fewer cars on the roads, and the traffic lights weren’t working. Many didn’t know what to do with the lights not working: treat it like a stop sign. Instead, people drove straight through the intersections, but I didn’t see any issues because there weren’t many cars on the road. People I know told me they got places quicker. That’s also less idling time for the car, with fewer carbon emissions. Plus, the traffic lights use electricity and most electricity comes from fossil fuels paid for by the taxpayers, so that also means fewer emissions.

There are good reasons why traffic lights exist. They can be an efficient way to direct traffic in high-density areas; they’re also a way to prevent accidents by telling people what to do because, as I saw last week, most are likely to follow the rules.

They don’t exist everywhere. Nantucket doesn't use traffic lights and Martha’s Vineyard has one. That’s a lot different than, say, Boston. However, there are issues with congestion, especially in Martha’s Vineyard, during the summer. In the offseason, the population is low as far as Massachusetts communities go—especially in Nantucket—so it’s not a major issue.

Conversely, the South Shore is far denser with more than 600 people per square mile; it’s an area where traffic lights generally make sense. There may be areas where they’re unnecessary, though, especially since some intersections only added traffic lights in the past few years. Those intersections existed before then. If there’s not a serious public safety threat that stop signs or a roundabout can’t solve, then why go for the most expensive option? Traffic lights cost between $250,000 to $500,000 to purchase and install, according to the state of Washington. Plus, electricity and maintenance cost another $8000 per year.

Are traffic lights necessary 24 hours per day? If the point is to manage traffic in dangerous and high-trafficked areas, then what’s the point of keeping them on, delaying people, and using both electricity and gasoline at three a.m. when almost no one is on the road? These lights cost taxpayers money.

There are more than 300,000 traffic lights in the United States, so if reducing their use overnight could save $1000 per year, that’s $300 million for cities and towns across states. The other upside to fewer traffic lights is less government surveillance. Red light traffic cameras are a civil liberty issue. Some communities will shorten their yellow lights so people will go through red lights and get a ticket. When communities rely on regressive fees for revenue, it turns into another tax on working people. The fewer of those traffic lights, the better.