The Local Urchins Have Their Say 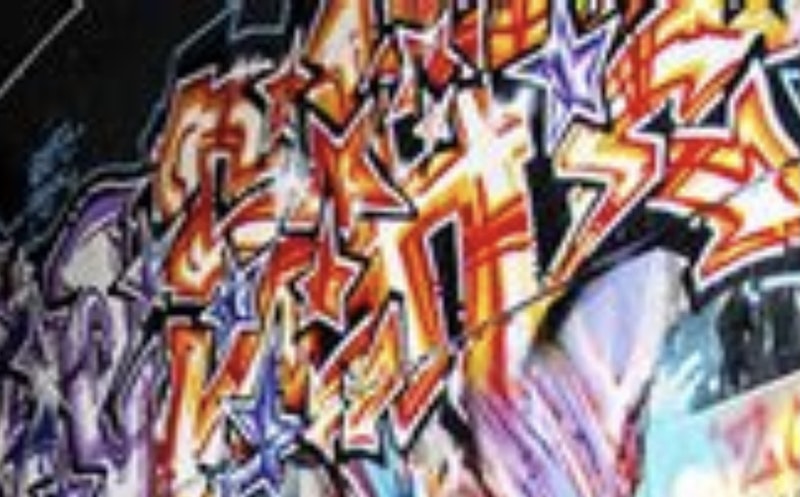 November 1 dawned bright and clear here to reveal this Halloween night’s collection of graffiti on the boulders at the bottom of our access road, where it meets the county highway.

“HARIS [sic] IZ A WEAK MOTHERFUCKER” read one graffito. “J. HARRIS SUCK JUMBO DOG DICK” read another, and I generously imagined that the verb “suck” was in the imperative mood, representing a firm suggestion, rather than standing as some imbecile’s mistaken idea of a third-person singular form. But maybe I’m being too generous to the literary skills of our local youngsters, those tattooed Morlocks and opioid aficionados whose obese dams I spy on the rudimentary steps of their trailer homes when I drive to Fort Wayne, their eyes dull and their chapped lips listlessly pulling at their vaping apparatuses.

There were a half-dozen other life-affirming sentiments painted on the collection of big rocks, all equally sordid. What I’m surprised by each year isn’t the crudity of these sentiments, however, but the effort that my tormentors put into their work. The letters are emblazoned in white paint, and each is about six inches high, which means an amount of labor that’s significant by the standards of the run-of-the-mill vandal. Optimist that I am, I hold out hope that this young rabble will put as much effort into the jobs stocking shelves at our local Dollar General that they will get when the Indiana state relief payments stop arriving in the trailer park mailboxes, which stand in the needle-littered grass where the trailer-park zone rubs up against the tawdry commercial strip, with its Waffle House, Jiffy Lube, Fatburger, cavernous strip club, medical marijuana dispensary and so on. But I suppose I must expect to be disillusioned.

No matter. By afternoon on the day of the Feast of All Souls I’d deployed Mother down the hill carrying an extra-wide whitewash brush and two gallon-cans of outdoor eggshell enamel on a yoke across her shoulders. By nightfall she’d painted the rocks over—not only ours, but also those on the other side of the property line and that thus technically belong to the county.

By now, several decades into my career as the target of the calumny of low-rent Halloween revelers, the layer of eggshell enamel paint on those rocks must be half an inch thick. Come to think of it, the last time I actually touched one of the boulders, several years ago, its white surface was rubbery and pliable to my hand. This is certainly novel in the annals of large gneiss and granite formations and calls to mind a psychedelic experience: In fact, a “trip” on “magic mushrooms” in my second year of law school was the only place where I’d ever experienced the sensation of “yielding rock” before.

This yearly experience with the spite and vulgarity of my neighbors—good country people, to steal Flannery O’Connor’s ironical formulation—depresses me more than one might expect. Part of what bothers me, strangely enough, is the desecration of Halloween, about which I’m as nostalgic as any Baby Boom spawn of the Midwestern suburbs. I pointedly don’t share the heartland gutter Evangelical’s superstitious dislike of this magical children’s holiday.

Children’s holiday? But it isn’t that anymore. I understand that over the course of the last generation, Halloween has become a holiday in which adults also participate, even to the point of trick-or-treating in the delightful old suburban manner. Whether this represents a new degradation in the cultural life of an infantile nation or a happy recrudescence of the great old Renaissance tradition of the carnival, I’m not at the moment prepared to say.