If you have enough money, you can do anything. 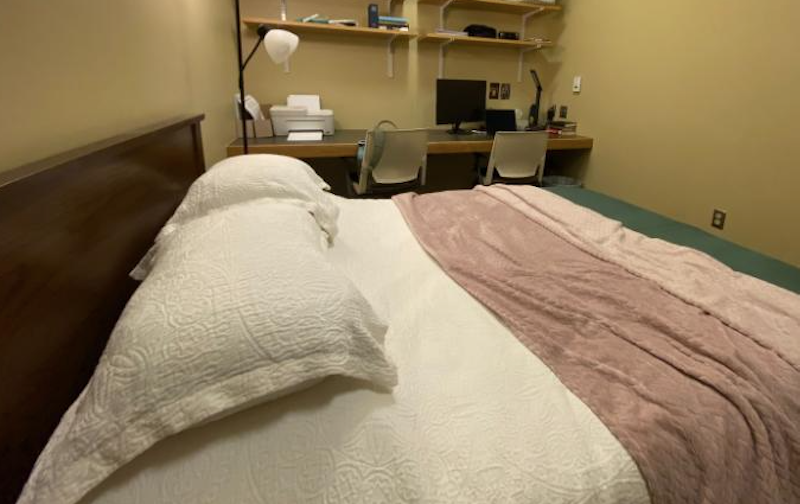 How do you become a successful artist? It’s a common question, and there are common answers. Be true to yourself, people will tell you. Work hard and don’t give up. Practice. Persevere. Charlie Munger’s career suggests a different, truer response. The best, surest path to being a successful artist is to be extremely rich.

Munger’s a billionaire investor who’s benefited from a lifelong association with the Warren Buffett family. Munger also fancies himself an architect. He has no formal training and no particular aptitude as a designer. But that doesn’t matter because he’s very rich. Munger’s been in the news recently because he donated $200 million to the University of California, Santa Barbara for a new dorm. The donation came with a caveat, though. Munger insisted that the university had to use Munger’s architectural ideas for the building.

Those architectural ideas are sadistic. Munger specifies that almost all of the rooms in the dorm have to be in the interior of the building. They have no windows. It’s like living in a cell block. The ugliness of the rooms is intentional. Munger thinks that college should be a communal experience. He’s made the rooms uncomfortable so that people are encouraged to congregate in common areas, where there are windows and natural light. “The building is a social and psychological experiment with an unknown impact on the lives and personal development of the undergraduates,” California architect Dennis McFadden warned.

McFadden was a consulting architect on the Design Review Committee; he quit in protest over the university’s adoption of Munger’s design. But Munger dismissed him. “Architecture is a field where tastes vary, and everyone thinks he's an expert. And no two architects ever agree on anything.”

No doubt that’s true. But it’s also beside the point. Taste is variable, but money isn’t. Munger’s design ideas won out not because there was a vigorous debate over competing aesthetic ideals. They won because he dropped a chunk of money onto campus and the administration went rooting after it like starving hogs, with somewhat less dignity than their porcine brethren.

In business, and even more in art, we like to tell ourselves that merit and talent wins out. We love stories about struggling underdog artists who come out of nowhere to triumph—that’s the whole premise of innumerable biopics and American Idol. Frank Lloyd Wright, America’s most famous architect, is celebrated as an example of uncompromising vision and self-sufficiency; Ayn Rand turned him into a libertarian idol.

In reality, Wright’s family was fairly affluent and very engaged in the arts. Money and knowledge are a boon in any career. Actors are more likely to become great actors if they can afford high-quality acting classes. Filmmakers are more likely to become great directors if they are buddies with studio execs who are willing to invest in their films. It’s no accident that Francis Ford Coppola’s daughter is one of the few female directors who’s been able to overcome Hollywood sexism.

That’s not to denigrate Sofia Coppola’s talent or hard work. The point is that lots of people are talented and work hard. To be a success—to get your work produced or seen by large numbers of people—you generally need something extra. You could call it luck. But you could also call it capital or privilege. A couple of hundred million can purchase a lot of serendipity.

The very wealthy often choose to be patrons of the arts rather than artists themselves, because why bother painting something when you can just pay someone else to paint it for you? Munger hired an architect to realize his crappy idea too. But he’s edging closer to outright buying a career as an artist. Which is a reminder that, in some important and fundamental ways, those careers are for sale.