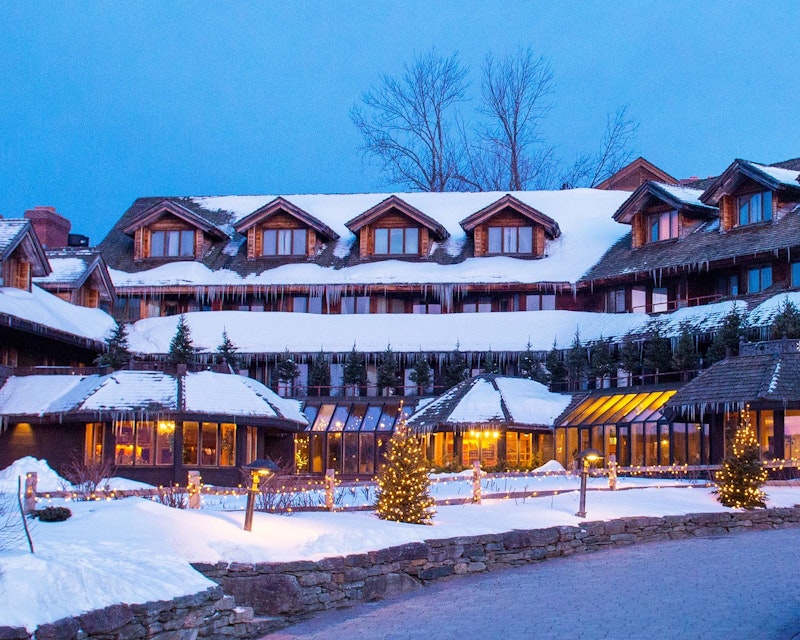 I didn’t want her dead. I was against it.

Maria von Trapp, killed along a ski trail at the Trapp Family Lodge. A bullet exploded the spine of the 53-year-old former singer, and Operation Snow Rapture (Betrieb: Schneerausch) was accomplished. Black Vermont sky, blood doing a wide-legged dance step across the snow, the crunch of dark boots retreating to the trees and then a car.

Her spine would never be recovered. The Fourth Reich had guarded against the chief danger forecast by the punch cards of their experts hidden in Bolivian mountain caverns. With her spine lost, the waiting toe of the Führer in its tank of hydroxychloro-qualon was spared the chief obstacle to regeneration—according to the punch cards.

I visited the site one time, the bit of the off-season just before the snow comes. The door of the trailside chapel stood open. No one was about. The floor was bare of dirt, and through the windows naked gray trees marched and fell into the distance. I stayed in the chapel, looking out the windows and thinking of the missing leaves, and then made up my mind. I went outside and looked at the bloodstain.

It was easy to find. In the years since the operation, the stain had proved permanent. Further, it had spread. Between the chapel and the line of trees, the red blotch stood without a tremble. It had mounted and thickened. It attracted birds to it, and bird shit. The damage done to the von Trapp business was disturbingly small. The smell all but walked down the hill to the lodge. It slugged people in the head. But they turned out, they skied. I couldn’t believe the acceptance of this heinous stain.

The Reich feared the stain’s consequences. Again, the punch cards. The chancellery, in its eastern Pampas exile (fronds, ceiling fans, stone corridors, the whisper of sandaled footsteps as files are borne from desk to desk), came to a decision. I, with my record as critic of Snow Rapture, was sent to assess the operation’s consequences. “I suppose the unhappy cat knows best where the table leans [die unzufrieden Katze weiß am besten, wo sich der Tisch neigt],” my superior said heavily, resulting to folk bromide to cover the fact he was congratulating me. Tickets and American cash in a wallet too black to be seen (stitched in our cavern workrooms, Peru). The feet-sucking plushness of the hallway carpet at the Plaza in New York. I sit on the edge of the bed and think of the journey awaiting me. Of Vermont, of the stain. Becky, the Bennington coed sent to be my guide, lies asleep and content.

From a compartment of the wallet, I ease out something I wasn’t meant to take. I weigh it in my hand. I palpate it to make sure it’s real, close my nostrils against its stink of chemicals. They’ll be needing more punch cards to map our destiny. For I have the Führer’s toe.

Concluding remarks. The best explanation for the above piece is that Mrs. Lombardi assigned the class “snow rapture” as a topic for composition, and that I’ve waited 49 years to expand on themes she rather noisily found objectionable. I must also cite a recent perusal of Alison Bechdel’s The Secret of Superhuman Strength. The book revealed to me the existence of the Trapp Family Lodge and described Bechdel’s visit to a ski trail and chapel there.

Finally, a pained author’s perhaps too personal note. Please don’t think me oblivious to the irony that I, like the Führer’s toe, was forced to wait. For lay people this may be hard to believe, but resonances of that kind are part of the carefully, if instinctively, assembled superstructure supporting any well-crafted short literary effort. That’s true of Borges, that’s true of Dave Berry. Die Katze ist keine Architektin, aber sie kennt sich mit Löffeln aus.