Jane Austen Did It Wrong

Look at the first line of Pride and Prejudice. 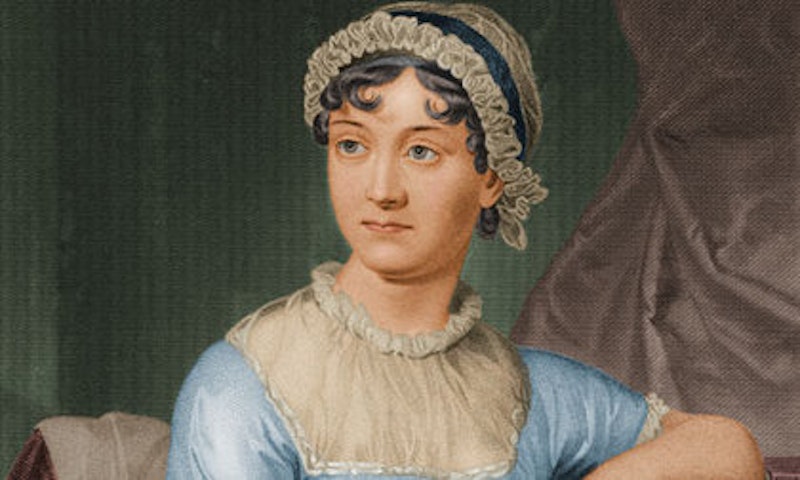 I don't like Jane Austen. I won't explain all the reasons why, but I'll explain the top reason, the one that makes me despise her instead of just being disappointed by her. The reason shows up in her most famous sentence.

Pride and Prejudice, chapter one: “It is a truth universally acknowledged, that a single man in possession of a good fortune, must be in want of a wife.” Note the phrase “in want of.” That means the man needs a wife. Everybody takes a look at him and they agree: what he needs is to get married. They've sold themselves a story.

But, as it turns out, no. The idea vanishes in the second and third paragraphs. Mrs. Bennett, mother of Elizabeth and the other girls, doesn't think Mr. Darcy is unhappy without a wife but too dim to realize it. Her view is much simpler, as she explains when laying out her plans to her husband. “You must know that I am thinking of his marrying one of them,” she says, referring to her daughters and the district's new bachelor. Mr. Bennett asks, “Is that his design in settling here?” Mrs. Bennett: “Design! Nonsense, how can you talk so! But it is very likely that he may fall in love with one of them, and therefore you must visit him as soon as he comes.”

Mrs. Bennett is thinking quite clearly. Yes, the man might fall in love with one of them, and he'd better. The Bennett household is saddled with four young creatures who will never hold a profession and will always have to eat. Mrs. Bennett wants them to continue eating, and they can't do so unless there are men nearby to generate money, the more men the better. So Mrs. Bennett wants husbands and she's not going to quit. She's pushy and single-minded, but she isn't daffy. Why must we smile at the little goose?

The trick Austen pulls here reminds me of the famous anecdote that right-wingers like to tell about Pauline Kael. Years ago Kael was asked about the giant landslide Richard Nixon had just won. Kael said she wasn't a good person to ask because she didn't know any Nixon voters, a circumstance that she admitted was a bit unusual (or “special,” to use her word). Kael lived in Manhattan and reviewed movies for The New Yorker, so various conservative writers decided this was too good to pass up. For decades they padded out columns, magazine articles and finally blogposts with their droll retelling of how the dizzy urbanite had said Nixon's victory made no sense because “I don't know anyone who voted for him.” Like Kael expected the country to vote the same as her co-op and was flabbergasted when it didn't.

But that wasn't the case. Kael didn't tell herself a story, and Mrs. Bennett doesn't fool herself either. We're supposed to laugh at them for being benighted, but really they're just in different situations than we are. Unlike conservatives, and many other people, a magazine writer in Manhattan may not know anybody who votes Republican. Unlike anyone at all except a middle-class mother in a society where men control the money, Mrs. Bennett has to find husbands. Because Kael and Mrs. Bennett are in such outré situations, they have different points of view than most of us do. That doesn't mean their mental processes are clouded.

But Austen wants to pretend that her target is very silly, so she pulls her little trick. Deluding yourself so you can pretend that someone else is deluded, and therefore deserves being talked down to, strikes me as a grubby thing to do. I find it's typical of Austen, and it's what makes me find her tittering so inane.