Happy birthday to my not-really-little girl. 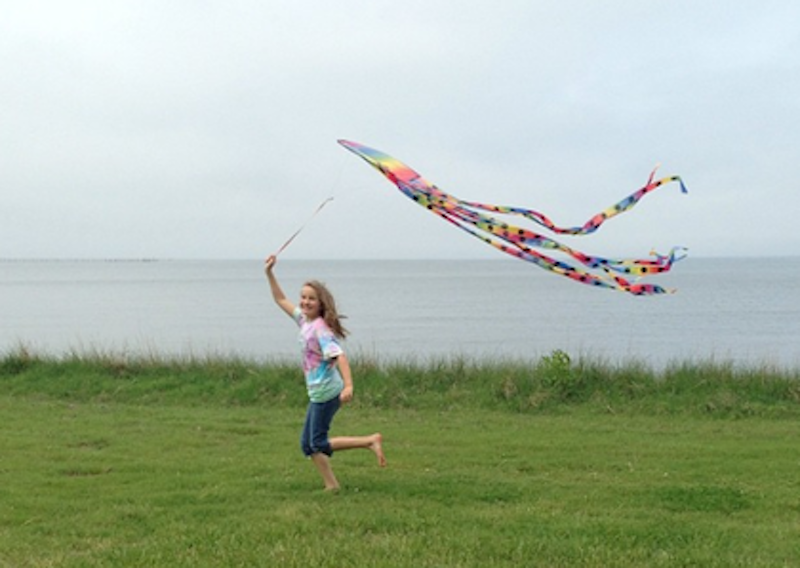 My last little girl turns 11 today; she was born on St. Patrick's Day. It doesn’t seem like a significant birthday age, but somehow it is. She heads to middle school in the fall, and I know from her two older-teen sisters that this is where we lose our little girls. They become just girls—I can’t make myself use the word tween because it’s really a terrible word.

Faith wanted to have a sleepover this year, so we threw a huge bird-themed party. She heads to the World Series of Birding in May where her team will try to reclaim its world champion title, lost last year to a rival team. Faith is the captain of the team this year, and though she swears it’s “not about winning, just having fun and finding birds,” I know she secretly covets that trophy. Every morning she gets up and fills her bird feeders, and every day after school, she fills them again. She can identify over 300 species and she wants to go to Cornell University’s Ornithology school someday.

I went all out on the birding party this past weekend—10 girls, pass the Motrin—because this elementary school sleepover is the last one of its kind for any of my three girls. We printed bird invites, gave birdhouse favor boxes, bird crafts, you name it. I know once middle school comes, the simplicity of the party favor disappears in favor of outfits for Friday night dances, the “right kind of jeans” and worries over mean girls. She wants to try playing field hockey in the fall, and I’m scared of all the girls who have been playing for years. Faith’s always been more of a choir member/nature girl than an athlete, and I hope it goes okay.

I’m proud of all my children. And I certainly do not want this post to turn into a mommyblogger brag hag session. When she was a baby, because she was the third, we always joked that someday her memoir would be called Losing Faith. One day, she decided to crawl under my bed and take a nap. We spent an hour in a panic tearing up the house looking for her. I can’t blame her for wanting to get away from the chaos of a house full of kids. Heck, if I could fit under my bed, I’d take a nap there too.

One time, my husband had some kids in the car and I had kids in another and we were headed somewhere. Something made me call him. “Do you have Faith?” No, he said, he thought I had her. At age two, she was home alone. Not phased at all when we came back about 15 minutes later to pick her up. That’s how being the third kid goes. You just go with the flow.

Whatever she is when she grows up doesn’t matter to me, like it doesn’t for any of my kids. I’m more concerned about raising decent, kind, loving human beings than I am about university degrees or grade point averages. I want my four kids to be happy people, and I know sometimes that can be harder to accomplish than degrees.

Faith got a pair of zebra finches for Christmas. Seemingly in honor of her birthday, their four eggs just began to hatch, so there are baby birds in the house to celebrate her special day.

I don’t want to lose Faith. I know the middle school and high school years are long and hormonal and awful, but I hope she keeps her sweet personality no matter what the years may bring.