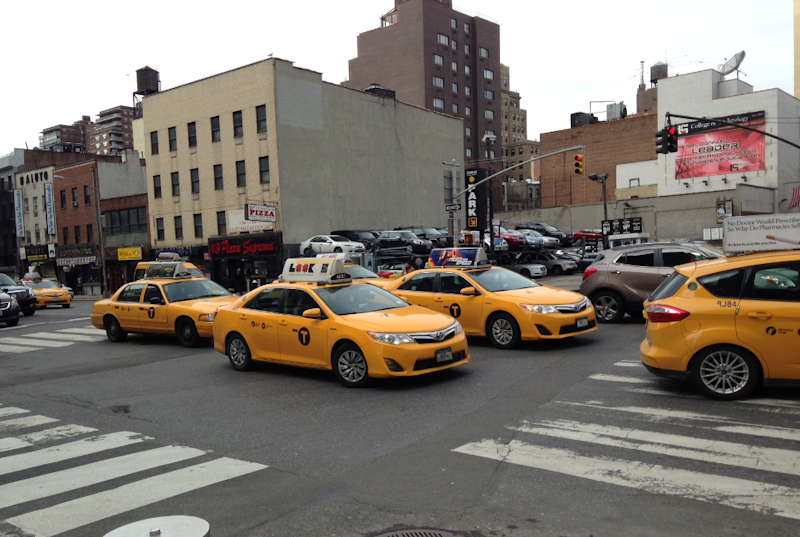 I don’t really care that Manhattan’s Penn Station is a chaotic, last-man-out-of-Ukraine dump; it’s functional and if your Amtrak train is delayed for less than a half hour that’s a victory worthy of a toast. Used to be that you could kill time at the station, browsing at independent newsstands, getting a very decent slice of pizza, grabbing a beer at some dark, non-chain bar or happily losing 15 minutes with a garrulous, chatterbox shoeshine fellow, but that’s all vanished. Not exactly breaking news.

It’s kind of strange to think that just 20 years ago there was a lot of jibber-jabber about “bullet trains” on the way, but I never bought it. You could already smell the demise of under-utilized three-hour Concorde flights from JFK to Heathrow or Charles de Gaulle, so the transportation dreams popularized at the 1964/65 World’s Fair in Flushing and on The Jetsons were dashed. It does defy belief that in a country flush with technology and medical advances that basic travel has gone backwards—in 1970 I was positive that automobile fatalities would be negligible by the 21st century—and there’s certainly no improvement on the horizon. What’s more, I don’t think most people really care, as they’re inured to horrific airport/train station experiences, and just shrug it off and amuse themselves with smartphone videos of barking dogs.

My sons and I were in New York earlier this week for a whirlwind 30-hour trip—a triple-header with our family doctor—and if I couldn’t figure out the new knobs and buttons at the Peninsula Hotel that controlled lighting and the tube (not to mention the $20 smoothie), at least there was the familiarity of exiting Penn on the 8th Ave. side, lighting up a smoke, nodding to the friendly hobos and feeling the adrenalin tick up five notches looking at a streetscape dominated by yellow cabs. Small pleasures. When you haven’t lived in Manhattan for a period of time it’s easy to forget just how horrendous the traffic is on weekdays—not on a Cairo or Bangkok level, but bad—and a far cry from Baltimore. Here, since I’m a regular consumer, I often know the driver, and am certainly aware when a sharpie is jacking up the meter and then going 10 rounds with him.

In New York, that’s out the window as you crawl from the West Village to midtown: one ride, going from the still excellent Generation Records on Thompson St. (where I purchased several Stones bootlegs containing LP outtakes from ’68-’72) to the Peninsula on 55th St. took 40 minutes. I’m not kvetching, thanks, just making a casual observation. What still bugs me, however, is when some boob rushes from behind and snakes the cab that was pulling over for you. As Toody or Muldoon used to say on Car 54, there oughta be a law. Here’s a legit complaint, though: in a lot of tall, old New York buildings, the cell service is non-existent. I was cooling my heels while the boys were getting their physicals and texts to my wife, who naturally wondered how things were going, couldn’t be delivered. I’m no engineer/infrastructure expert but you’d think that would be a serious problem for businesses.

On the flip side, I did enjoy an encounter with a salesman at Barneys. The store sells the best boxers around—Lorenzini—and since I’m an in-and-out shopper, I went straight to the men’s accessories station, flagged down the clerk and told him what I wanted. He started a rehearsed spiel about the clothing, but I cut him off, with a smile, said we’re talking underwear my man, not a flashy suit, so just show me what’s available. He stuttered for a second, but acquiesced, and after I picked out six pairs in about 90 seconds, he took my credit card and started on the tissue-wrapping process. Not necessary, I quickly joked, just throw them in a bag and I’ll get out of your coiffed hair. I don’t believe he shared my mirth, but maybe realized after the whiplash that there’s nothing like earning a commission in four minutes flat.