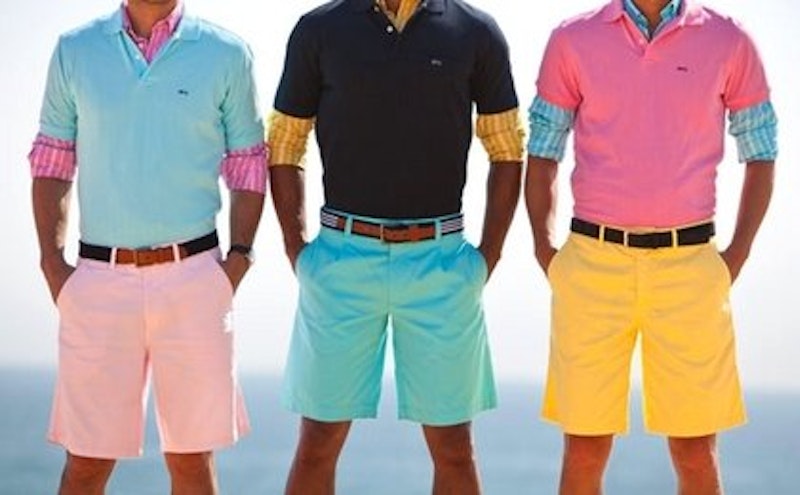 I’m spending most of my summer on a small island in the Chesapeake Bay. I love Tilghman Island with all my heart. But every once in awhile, I’ll find myself giggling (to myself, because I have no friends) about some stupid, whiny, first-world problem that has actually popped up in my brain.

I hate douchebag boaters. These are not the boaters who live on the island and mostly consist of watermen or retired guys. These are the boaters (generally sailboat versus powerboat captains; those guys are more laid-back) who come in for a wedding, or who visit nearby St. Michaels where I have to go once a week or so for groceries. My daughter and I visited the new crepe place there (it’s fantastic) and were seated next to the guy who must be running for king of the douchebag boaters: pink oxford shirt, khaki shorts, tousled-hair, expensive watch, Docksider-style shoes, flashy sunglasses.

Forget his digs though, what made us want to throw a Banana Nutella crepe at him was his incessant, boomingly high-volume voice—this guy didn’t give a shit that other people were trying to eat in peace; he’s used to whatever he has to say being heard by many, however loudly. Truly obnoxious. They’re also stupid: we watch them beach their sailboats all the time because they try to get in or out of the channel when the water is too shallow (a wise islander once said to me: “These guys drive $2 million boats with $200,000 worth of monitoring equipment on them and they can’t figure out when low tide is?”).

Here are few of the other items on my outrageously entitled and stupidly elite list.

Is anyone feeling sorry for me yet? I didn’t think so. Hey, at least I’m not a sailboater.