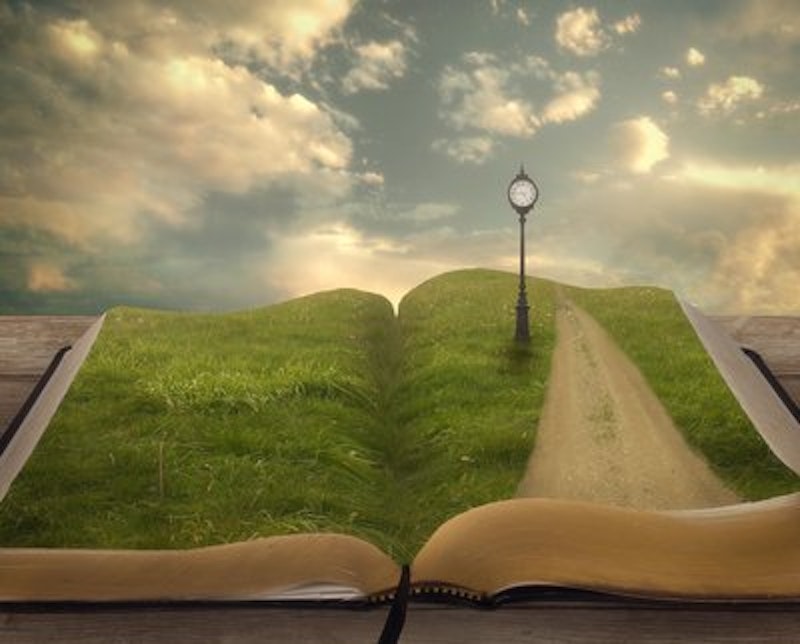 I’m in Berlin chilling in an apartment I’m sharing with an interesting German guy and I can’t believe I’m here. I couldn’t believe I was here when I arrived Wednesday and was hot and sweaty, lugging all my stuff on my back and my chest, thinking to myself, “Wow, I’m here.” It was a pretty sentimental moment for me because I was living in Paris last summer, a life choice that had irreversible financial and relationship-based consequences, and I made a quick trip to Berlin for research and told myself I would be back for an extended period of time.

As I rolled down the Karl Marx Allee to check into my room for the month I suddenly realized that all the dreams I set out for myself have come true. I’m a real writer now, meaning that people know my stuff and send me kind and mean emails and that I get paid for writing things and people recognize me on Grindr. When I was younger I always told myself I would go to an Ivy League school and I did. I always wanted to travel the world and I have. Just last week I went on a work trip to Portugal, a place I never thought I’d be able to visit. I always wanted to live in London and I do. Even before I landed in graduate school I knew I wanted to write fun books about pop culture and that’s what I’m doing. I always wanted to do creative things and have a job that would allow me to do be myself and that’s what I’ve got.

It’s an odd thing to realize that most of the dreams and goals you’ve set have actually come true, particularly when you’re not the kind of person who is supposed to have great opportunities thrown your way. I’m a proud, queeny black gay male in a world where whiteness is key, where masculinity is prized, and where nobody thinks you have anything exciting to say because you’re a queeny black gay male. But honey, I’ll wear these sequins and I’ll wear my earrings and I’ll paint my nails and I’ll sashay if I feel like it.

I used to envy people who grew up rich, and when I say “rich” I mean rich rich. But the thing is, when you’re rich you have the whole world open to you because having money is often akin to being above the rules and have access to almost everything. That’s what Bret Easton Ellis novels are all about—a bunch of rich, white teenagers doing whatever they want to do because they’re rich. You don’t necessarily have to fight as hard, not that some rich people don’t work hard or earn their keep.

But there’s something about coming from an unprivileged background and setting up goals and dreams for yourself and making sure they come true. Any goal I’ve achieved is the direct result of wanting my voice to be heard, my queeny black gay voice.

My grandmother used to drive the city bus in St. Louis, Missouri. It wasn’t what she aspired to do, but it gave her a way to provide for her family and to take little trips and buy herself nice things. Grandma Moore always wanted the best for me and told me that I could do anything I put my mind to, that I had to be 10 times better than white people to even be able to compete on their level. I had to be10 times better than them just to be average. It’s wise advice, advice every brown child has been given by an elder, and it’s a pretty aspirational thing to say to your grandchild especially when you didn’t necessarily grow up rich.

All my life I’ve inhabited spaces I’m not technically supposed to be in, places that weren’t built for my queeny black gay ass. But every step I take and every goal I reach is a step towards making sure my voice is heard. People don’t shape you. You shape you.