Is There Even Hope Left?

Reflections on another mass shooting. 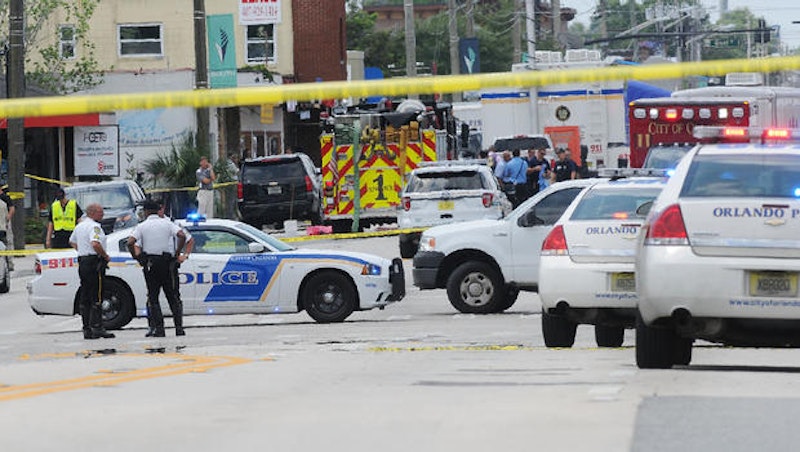 When a mass killing takes place—whether it’s terrorism, domestic violence, workplace conflict or psychosis—I don't know what to think, how to feel, or what to do.

I alternate between rage and despair, and the thought keeps occurring that there's something terribly wrong with our species, that human beings don't deserve to exist. It's like a mirror image of the shooters' own attitudes: they get to the point where they think everyone—or everyone of a certain description (maybe gay, in this case)—deserves to die. Perhaps the killers typically also believe that they themselves deserve to die, for they end up annihilating humanity even in their own persons.

Sometimes I feel overwhelming anger at the killer, or at the sort of person who does things like that: terrorists or madmen, people consumed by hatred and enacting it externally by inflicting random suffering. Again, it occurs to me that this might be the very sort of attitude—the bigotry and rage—that the killer was feeling.

There is even a moment of indifference, as the incidents build up and flow by for hours on cable news. I don't know anyone involved; I don't know how to find a sense of connection; I start cynically rolling my eyes at the coverage and at the authorities who are saying the same sentences this time as last time. To what extent am I only pretending to care; to what extent am I caring vicariously?

Sometimes I can't find tears, but as one bloodbath follows another, I’m also having trouble finding hope.

I don't have any practical answers. I’ve argued that the government should control all the weapons; then you just have totalitarianism, and you haven't cured the violence. The wars and genocides of the 20th century were prosecuted by governments. Police violence is a problem more or less everywhere. But then I can't with a good conscience simply oppose anything that might stop some of these events, or any of them. I get to a half-assed stance: if you guys try to put more limits on weapons, I’m not going to do anything to stop you.

Nevertheless, we're not going to get rid of all the weapons. I live in rural Pennsylvania, where hunting is extremely popular and there are guns in almost every house (not mine), and "Don't Tread on Me" flags everywhere. I don't know how we’d even try to reduce the number of guns dramatically without unleashing a violent backlash. I don’t know what to do.

Somehow there has to be a cure for the world, for us: I find myself praying for it, or begging God for personal peace, political peace, peace for troubled and violent people, peace for the victims and for the people who love them. But I'm not sure what I believe about God, or what He was thinking when he created humans, if he did. This is just the sort of thing—undeserved suffering—that made me an atheist for the longest time.

I don't know whether God would want me to be angry about the killing, forgive the shooters, or work ineffectually for peace and then see more murder. I’m trying to commit myself to pacifism; I found myself in a Quaker meeting Sunday morning after the shootings in Orlando, committing myself to it with a whole heart. But I don't have much faith that our species can be transformed by this route.

One thing is certain: we need to be transformed. I just don't know how we can be.