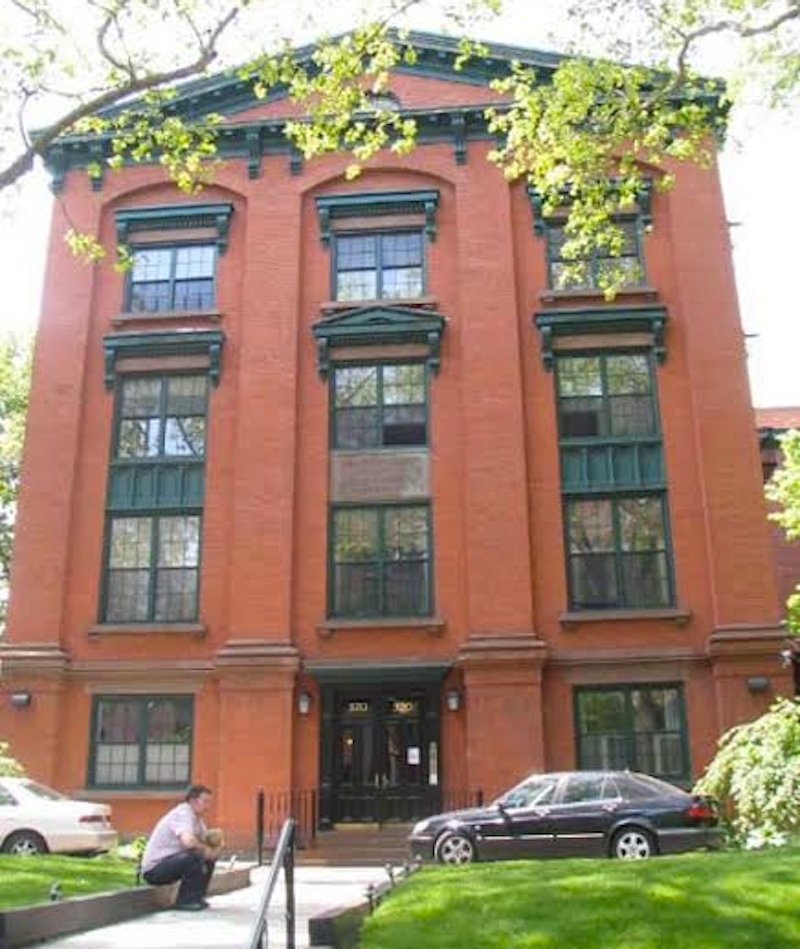 I went to high school in Clinton Hill in the Super Seventies, but rarely ventured around the neighborhood—it was tougher than tough then. Today, 40 years later, it’s the toniest of tony enclaves, with the brownstones, Queen Annes, clapboard houses and everything else that were drug dens and hooker havens converted by gentrification back into the upper middle class and plain old upper class homes they started out being, give or take a decade or two around 1900. The merits and faults of gentrification are for other chroniclers to tackle, but I’m intrigued when the quaintnesses of 1900 can still be seen in 2012.

When I first encountered 320 Washington Avenue in 1999, the neighborhood’s conversion from tough to tender hadn’t been fully realized yet, and the building’s windows were boarded up, the place was empty, and graffiti “decorated” the exterior.

Yet, I knew it had once been considerably more genteel. A slab of concrete contained the words “Graham Home for Old Ladies, Incorporated 1851.” I envisioned a lot of tea sipping and knitting going on in there at one time.

By the time I returned in the mid-2000s, both the neighborhood conversion, and the building’s, to a condominium, had been completed, with the bricks repointed, new windows installed and a new lawn planted. A driveway left residents and visitors at the front entrance. 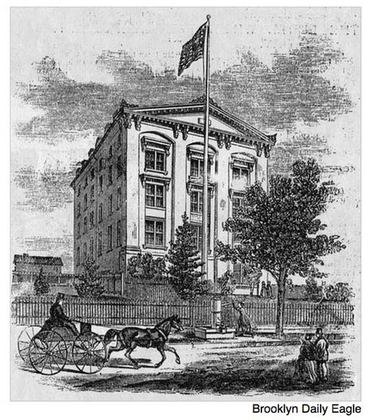 This place is pretty old, even by Clinton Hill standards. It was built by lawyer John B. Graham in 1851 as the Brooklyn Society for the Relief of Respectable Aged Indigent Females, a refuge for “indigent gentlewomen… unfitted to accept willingly the public asylum provided by the state.” Women 60 years of age and older were admitted who could provide “satisfactory testimonials of the propriety of her conduct and the respectability of [her] character.” 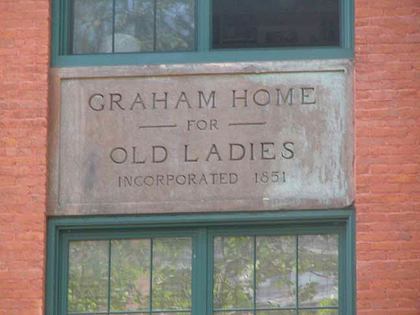 The name of the organization was abbreviated to this rather more prosaic title. The Society carried on well into the mid-20th Century, and the residents held annual craft fairs and gatherings. I am unsure when the BSFRRAIF disbanded, but by the 70s and 80s, the Graham Home for Old Ladies was home to the Bull Shippers Motor Inn, which was something of a Home for Shady Ladies. At length the hookers departed and the druggies squatted therein, and then it became the battered, boarded-up hulk it was when I first spotted it.

Neighborhoods rise and fall like the fortunes of sports teams (except the Knicks and Nets, who just fall) and by 2001, the Graham Home had a new lease on life. The condo board president calls his fellow residents the Old Ladies, according to The New York Times, which doesn’t record how they feel about that.

When a three-bedroom here becomes available, it can go for upwards of $750,000. The Old Ladies would marvel.