My Other Unwritten Fantasy Novel

This one has to do with a mountain that’s God, and with men in top hats. 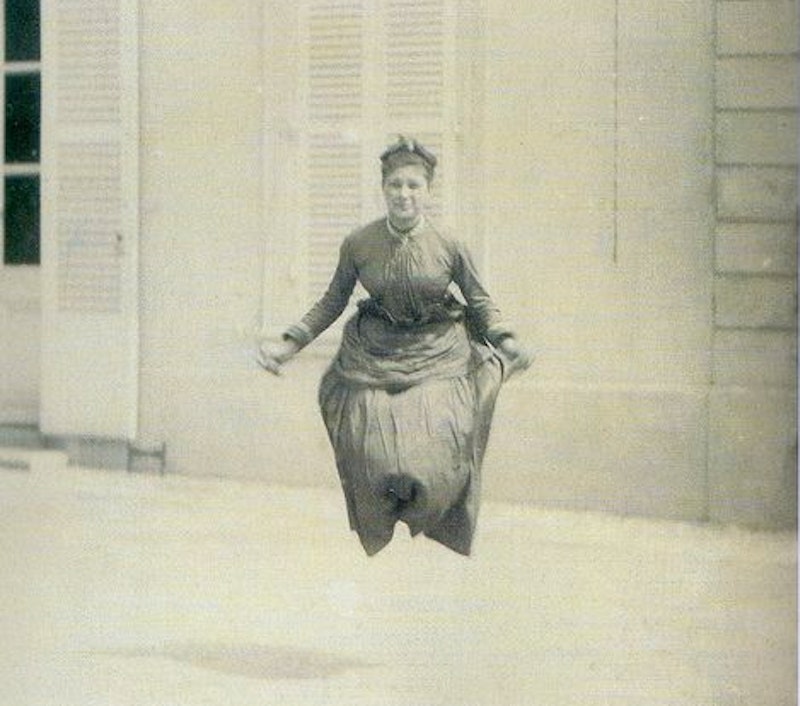 Like a lot of people, I have a fantasy novel I always meant to write. But I also have a back-up. This is a second fantasy novel, and I always meant to write this one too. The first novel has to do with a mountain-like heap of a palace where bronze- and copper-colored people pursue their lithe, lean-bodied intrigues beneath the boiling sun. The second novel has no sun, no copper and nothing lithe. It’s set in a refracted version of the Victorian Age. But there’s a good deal of teeming. A metropolis is involved and I guess it’s as big as the mountain-like palace. Lives intersect, classes regard each other, quaint personalities pursue their ends. You know. If I wrote it.

I think my unwritten fantasy novels are self-portraits. What am I like? Well, I’m like a sprawling heap of a palace that’s crawling with life but at the same time falling over. Or (the second novel) I’m like the creator of the world if this creator crawled from the world’s belly, sat still and upright like a mountain, and watched the evolution of human life from sticks and bear skins to pocket watches and powdered wigs, at which point his divine head exploded and the pieces froze themselves in mid-air. Basically that’s me. I’m not sure how, but it is.

The giant fellow who sits there with his exploded head suffers encroachment from the humans, at first tentative, then vaulting and rapid. The tiny beings build a city at his ankles and then his knees, and then onto his lap, and finally monasteries are placed here and there in the shattered realms where his head was once found. By the time it’s fully formed, the city has become Victorian. Smoke stacks and train lines crowd sightlines; men with top hats hurry past. Baskets lifted by pulleys or giant pigeons transport subjects from one level to another. The city continues from ground to lap to floating cloud of rock, with neighborhoods and noteworthy buildings perched here and there. The travelers journey among these sites, among rock fragments stuck in mind-air.

The silly Victorians go to this trouble because they want to be near their deity. The higher up among the fragments, the better; this is a matter of piety and prestige, and convenience can go to hell. Flinders of the exploded god are treated as precious. Fashionable neighborhoods are built around clusters that almost reached the ground. Religious societies discuss them and so do learned societies. Men give sermons about them and men write papers for journals. The location and composition of each flinder, chunk and asteroid—everything that’s left of the seated Creator—has been charted and logged, and different bodies periodically try to recount and re-chart them, to make sure nothing has changed. In recent years alarmed spirits have charged that the fragments are losing position, coming unstuck. Nobody knows what to do about it, but there’s a lot of talk.

My first fantasy novel had knife fights and big lizards. This one has dinner parties and learned journals. As a boy I read about Max Beerbohm, an exquisite gentleman who was young when Queen Victoria was old. I also watched the British TV serials on public TV, the shows with chandeliers and mutton chops. That’s the Victorian Age I have in mind, and in it people talk. Adventure is for the explorers and soldiers, all of them off-stage. On-stage we have writers, lawyers, politicians, playwrights, nobles, plebeians and big tables and alarming urns and fireplaces.

How does all this become a story? It doesn’t. I’ve even lost sight of the characters I started with. There was a girl who was paralyzed because, like the flinders, she was locked in mid-air. She had laid herself down to sleep and awoke unable to arise. At last a clever soul hit on disassembling her bed and it was discovered that she floated. She couldn’t move for the same reason the flinders couldn’t move, and she became a wonder as authorities flocked to discover what that reason might be. Her mother, who was socially ambitious, welcomed the attention.

There was a man in his early 30s who had written a hot novel (forgive the anachronism) when at university and had then declined, finally to become the writer of a column for a mid-market weekly of smart talk. His life was shaken up as he stumbled on proof that the god-flinders actually were sinking. This proof was connected with the situation of the stricken girl. I also had in mind a wily politician named Terper, who was organizing some sort of trouble in Parliament, and a timid stuttering mouse of a playwright whose recent successes affronted the columnist, an acquaintance from school days.

Somebody could write it. I think it might be a good read. But I never will.