Is Noah Berlatsky Getting Cancelled?

His work with a pro-pedophile group is raising eyebrows. 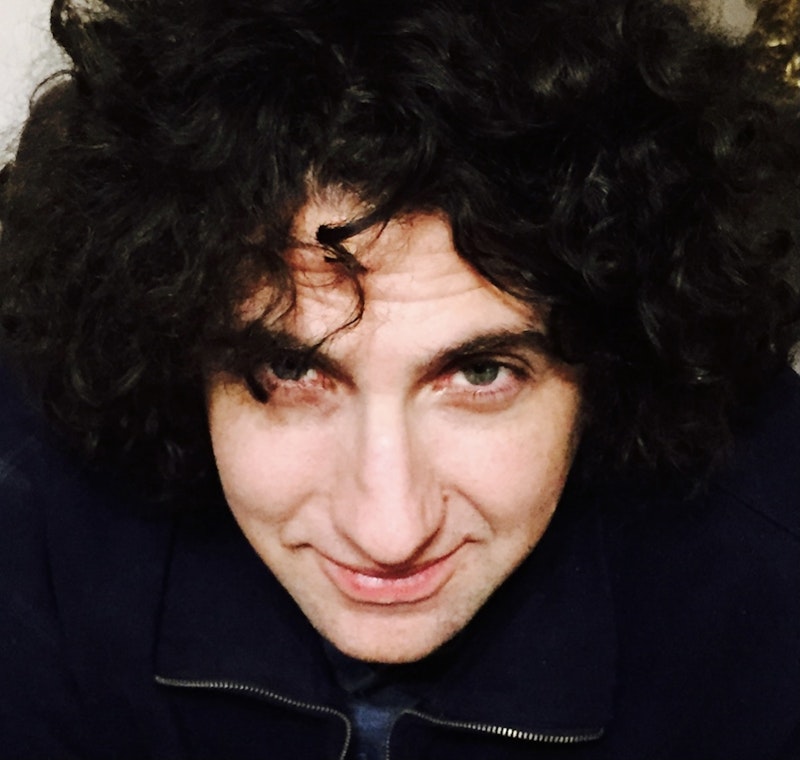 Far-left Twitter warrior Noah Berlatsky has gained ample notoriety online for such trenchant observations as, "Why Ant-Man should be black," a piece that Vice, to its embarrassment, published. That forced clickbait—in other words, Berlatsky's usual fare—in which the writer posits that the "hero's central power [is] whiteness," earned the author plenty of well-deserved derision, but the latest controversy he's embroiled in goes well beyond the merely embarrassing. In fact, it has the makings of a cancellation, as it has to do with his perceived defense of pedophiles.

Berlatsky's the communications director for an organization known as the Prostasia Foundation, which states its mission is to "prevent child sexual abuse before it happens, rather than merely tracking down and punishing those who have already offended." That sounds reasonable, so why are so many convinced that Prostasia's a pro-pedophile group disguised as a children's rights organization?

Let's start with the fact that the organization doesn't use the word "pedophile," preferring instead to use "minor attracted person"—MAP—a more neutral designation that has enraged many, and appears to have little to do with protecting children. It's hardly surprising that the neologism's been viewed as a rebranding effort for pedophilia, given the pejorative impact of the word "pedophile," which is defined as "a person who is sexually attracted to children." Whenever a nascent political movement's underway, way up on the to-do list is manipulating the language. With the "woke" movement, for example, the definition of "white supremacist" was expanded beyond its original meaning, and invented words like "whiteness" and "white fragility" appeared.

Prostasia has drawn criticism for promoting MAP Support Club, which it calls "a safe, chat-based peer-support network for minor attracted people age 13 and older." Prostasia thinks it's a good idea to support a place where the youngest of teenagers can socialize with fully-grown adults who are attracted to them, but I'm not convinced. MAP Support Club bills itself as a "support chat for minor attracted people who are fundamentally against child sexual abuse," but pedophiles’ eyes must light up when they hear of a place where they can chat with 13-year-olds, and then perhaps find a way to take the chat private after spending sufficient time grooming them. Prostasia must’ve known that endorsing this meeting spot was going to provoke outrage, yet it did so anyway, in the name of "stopping child abuse."

Prostasia has aligned itself with some people pushing questionable agendas, including having clinical psychologist Dr. James Cantor, who advocates for having pedophiles included in the LGBT coalition, on its team. In a 2019 interview for 60 Minutes Australia, Cantor talked about "virtuous pedophiles," referring to those who claim, without verification, not to act on their impulses.

For Prostasia, Berlatsky conducted a friendly interview with Mireille Miller-Young, a professor of feminist studies at the University of California Santa Barbara who told him that, for children, being exposed to pornography can be joyful and fun. The interviewer offered no push back.

On the other hand, Berlatsky took plenty of abuse for his article in The Atlantic that referred to "child sex workers." The objection was based on the assumption that minors selling themselves on the streets are trafficked, rather than being sex workers. But they're not all trafficked; some do it out of necessity, and Berlatsky correctly pointed out that they shouldn’t be arrested and then have to deal with a criminal record at such a young age. In this case, the criticism Berlatsky took was unwarranted.

Berlatsky's the type who slimes people with attacks he'd be afraid to make to their face. Full disclosure: I've had a contentious online relationship with Berlatsky for years, both on Twitter and in the comments section of Splice Today, to which he's been a regular contributor. In short, we can't stand each other. But being widely reviled seems to be something Berlatsky feeds on. And now he finds himself in a situation where this odd penchant will be put to the test.

People are now running away from Berlatsky. Even Arthur Chu, a fellow Twitter "blue check"—and equally nasty person—has unfollowed him on Twitter, claiming he'll never work with Berlatsky again. When you're a progressive and you've lost Arthur Chu, you're radioactive.

But despite my intense dislike for Berlatsky, I won't go along with the crowd on Twitter that's suggesting, because of his work for Prostasia, he's a pedophile. But Liz Breunig, a former New York Times writer who now writes for The Atlantic, is less circumspect. "Don't let me see you within 500 feet of an elementary school," she tweeted, referring to her nemesis.

But I could understand why people wouldn't want to have their young children around someone who's chosen to promote the agenda of a group that claims its mission to be the prevention of child abuse, but often seems more interested in providing cover for pedophiles. Parents can't take any chances if there's a red flag. Moreover, I don’t want to see pedophiles welcomed into the Rainbow Coalition and thereby receiving the protections that entails. Prostasia appears to believe otherwise.

Do I want to see Berlatsky, one of social media's most malignant creations, cancelled? Not at this point, but I can't help but reflect on how much the darker elements of Twitter have been a product of people who share his reckless, vindictive temperament. There's nothing Berlatsky loves more than calling someone he disagrees with a fascist, a bigot, or a racist, but now he's being accused of being something even worse—a pedophile. Once you get tainted with that word, it's hard to shake off.

Though Berlatsky's LinkedIn bio says he's a "fast learner," like you see on the resumes of college seniors due to their lack of work history, he doesn't appear to have learned some crucial life lessons. One of them is that, after devoting himself to trashing the reputations of many who didn't deserve his abuse, things may not go so well when he decides to take a job with a group sympathetic to pedophiles. Berlatsky's a schadenfreude magnet at this point.

Poetic justice can be harsh. Now Berlatsky gets the chance to experience how he's made others feel. I have no sympathy for him. Anyone who chooses to become a swamp creature takes the risk of being swallowed up by the swamp if they step in the wrong mud hole.