The idea that "the unvaccinated" shouldn't be treated beckons Ruth Marcus and others into a moral inferno. 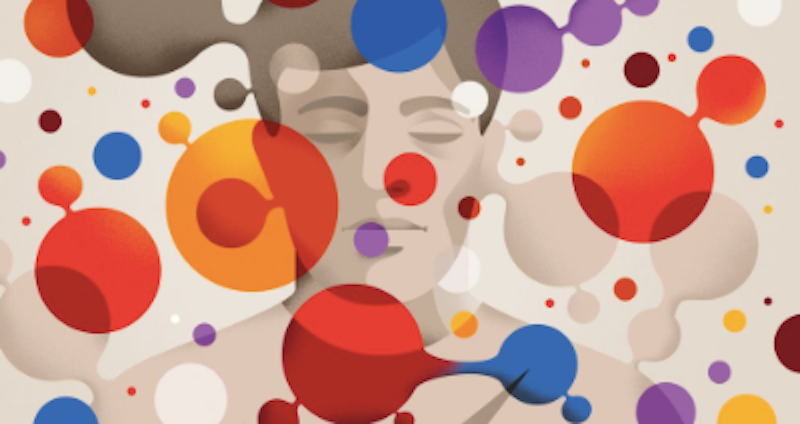 A new caste group is emerging, a new "them," a brand-spanking-new Other: "the unvaccinated." Anger at "the unvaccinated" is regarded as inevitable and, as far as anger can be, as rational. Sometimes people (on the campus where I work, for example) really try to screw up their faces and manifest rage, though it's rage directed not at an individual before them but at a group scattered through the population, little knots of people they've seen on the News Hour who they take to be representative of "them."

It might seem odd to define a group by omission. It's not what they have—a certain skin-tone or gonadal configuration, for example—that folds them together into an identity, but what they don't have. On the other hand, we might compare "the unvaccinated" to "the unsaved," "the unclean," "the untouchables."

Throwing around "the unvaccinated," as in many historical cases of flat stereotypes and attributed group identity, folds a lot of different people together. There are many pockets of vaccine resistance, many reasons, many factors. Collapsing them all into a word this way—a favorite rhetorical flourish right now for everyone from Joe Biden on down—seems relatively harmless until it starts motivating differential treatment. Until the exclusions really kick in. Until the internments begin.

It's getting to that point. In the current Delta outbreak, people in the medical community and well outside it are arguing that, when medical resources (ICU beds, for example) are scarce, the unvaccinated ought to be excluded from care. Even some doctors are open to this approach, which can be represented as a necessity and also as a legitimate part of the triage process: this person's prognosis is significantly poorer, because she's unvaccinated. In current circumstances, we must prioritize the care of those with the greatest chance to recover.

It's going very far very fast. With the slight condescension that many people train on Biden, I would’ve said that Washington Post editor and columnist Ruth Marcus was, even if wrong here and there, a good person who means well. A kindly liberal, if you see what I mean. But "the unvaccinated" bring out Ruth's vicious streak. "In situations where hospitals are overwhelmed and resources such as intensive care beds or ventilators are scarce, vaccinated patients should be given priority over those who have refused vaccination."

"This conflicts radically with accepted medical ethics," she acknowledges. I'll say! According to those, an emergency-room physician shouldn’t, in general, spend time trying to figure out how the incoming patient got into this condition: "Now this gunfight, which side were you on?," perhaps, or "You didn't listen to your doctor when he told you to cut down on trans fats, did you? Next!" But this one is different, Marcus insists, and the directly differential treatment directed indiscriminately at all members of the newly-identified group is fully justified. The unvaccinated, she says, "are not entitled to the same no-questions-asked, no-holds-barred medical care as others who behaved more responsibly."

That is, Marcus is going straight to the view that the individual members of these groups ought to have different rights, or that certain people ought to be stripped of certain rights on the basis of their group membership. In light of this, I’m less impressed by Marcus' basic goodness, and that of a number of other people as well. "Vaccine resisters are different," she remarks: morally different, with fewer rights and fewer entitlements. They count less. I think when fundamentally well-meaning Ruth returns to her right mind, she will regret having said these things.

I daresay that as professors, DC columnists, and the like think about "the unvaccinated," an image rises in their minds (this is the very structure of stereotype, the very essence of bigotry): they picture a yay-hoo, a Trumpy redneck who may have been at the Capitol incursion, and who’s intent on absorbing and disseminating conspiracy theories. In evidence, they might point out that (at least early in the summer), the vaccination rate in counties that voted for Trump lagged that of those that didn't by about 11%. (Reminder: correlation is not causation.) They point out that Republicans overall are somewhat less vaccinated than Democrats.

If this stereotype infesting Marcus' head were accurate, she’d be suggesting that her own political opponents should receive less medical care than people who agree with her. That would be bad enough. But the way this suggestion sorts medical rights will also have effects that Marcus and those who agree with her can’t possibly countenance.