China’s Going to Clean Our Clock

Cheerfully watching the fall of our empire from my hilltop. 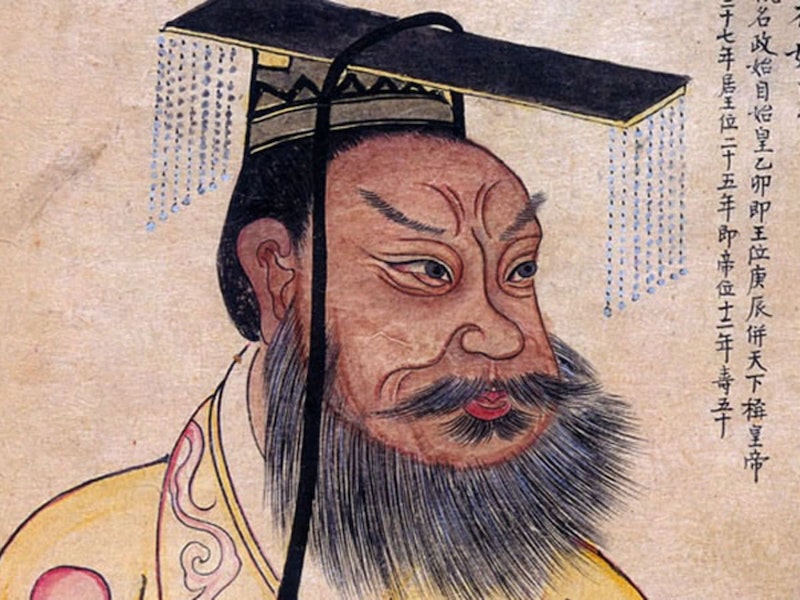 State college graduate Harris, surveying the educational landscape from his modest hilltop in the aggressively flat state of Indiana, gives the “elite” universities of the United States, with their well-documented stupidities, 25 years, give or take, before they’re occluded by Chinese universities in terms of their power to draw the most intelligent students from around this wicked planet—including the American cream of the student crop, which will, of course, generally consist of kids who are immigrants or the children of them. All Chinese universities need to do is to scale up the extent of their teaching in English, and we’re off to the races.

The “top 20” American colleges will, meanwhile, devolve into something like what they were before the mid-20th century: finishing schools for the bland spawn of the American “quality.” The Yale of 2046 will resemble the Miss Porter’s School of 1916 more than the mighty Yale of, say, 1960: One imagines the entitled and mediocre children of the U.S. suburbs pacing in stately manner around Yale’s Old Campus, books balanced on their empty heads, perfecting their postures. Maybe they’ll even wear white gloves.

The curriculum at these upper-crust American institutions of the future? Besides classes in tea service and deportment, I’m not sure. The Harris crystal ball here grows dim. One might imagine the lowest-level courses in “culture” imaginable, analogues to the genteel lectures that Smith girls drowsed through in 1904. But then, the humanities are on their way out in toto, the future children of the American elite will hate “culture” even more than today’s such children do, and anyway I’m probably giving the Smith of yesteryear too little credit: Miss Pembroke of Scranton, Smith class of 1906, probably had, even if little true intellectual curiosity, a penchant for reading Thomas Hardy, some skill at the piano, hundreds of lines of Tennyson memorized by heart, and passable French. The students at the “great” American universities of the future are unlikely to rise to her level.

Meanwhile, in a fine display of what a motivated nationalist government can do to shore up the mettle of its people, the Chinese have just banned the country’s children from playing video games from Monday through Thursday, a fact that’s as significant as it is under-remarked in the U.S. media—even more significant than the fact that the preservation and playing of Western classical music is increasingly a Chinese affair. The next generation of Chinese kids is going to beat our rising generation like Mother last week beat the hedgehog that ambled into our root cellar and addressed his buck teeth to our turnips: hard, with a rusty shovel, and to death.

I was telling Mother just today that China’s rise at the expense of a decadent U.S. will be a fine spectacle for us anti-Americans, its pleasure degraded only by the stark truth that Chinese glory will inevitably wax at the expense not only of the neo-liberal pervert Uncle Sam, but also of our Holy Mother Russia, too. As is her habit, dear woman, she “threw cold water” on me in my enthusiasm.

“You won’t be around to see it, John,” she said, on her way out with the siphon to “slop” the outhouse. “You’re a man pushing 70 with a tendency toward shingles. You’ll be lucky to see His Holiness Kirill, Patriarch of Russia and All Rus’, visit Indianapolis next year, as I’m sure you know he plans to do.”

Well, I am getting long in the tooth. And yet I take pleasure in the little things. My new sandals have arrived from my favorite leatherworker, a fellow Orthodox believer who lives in an intentional religious community in Tennessee’s Blue Ridge Mountains. They are works of high craft and I have mediated on them at length since they arrived, perching them on the table and losing myself in the sight of their supple horsehide straps and well-tooled seams, conscious that I’m in the presence of that variety of the Good that clings to quality objects honestly made by honest men. I look forward to donning these sandals for special occasions, such as the mass for the Feast of the Nativity of Our Most Holy Theotokos, the Virgin Mary, along with my best pair of Pendleton socks.