They Called It What? 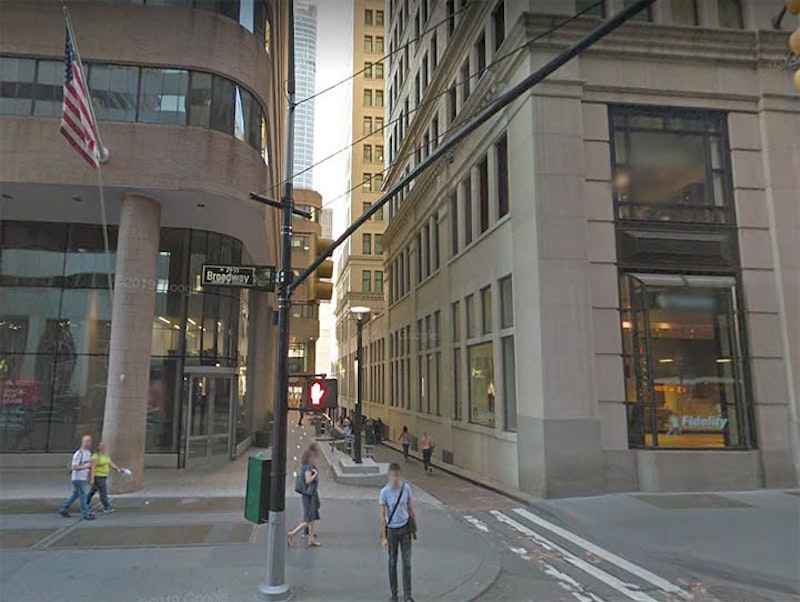 While poring through old maps and street directories, I occasionally see some great old street names that I wish had been retained. Brooklyn still has a couple, like Force Tube Ave. There had been a high-pressure conduit running under it that connected the newly-designated parkland at Ridgewood Reservoir with to a large pumping station that stood until the mid-1960s at Atlantic Ave. and Conduit Blvd. It was part of a water system connecting Freeport in Nassau County where the Milburn Pond was tapped in the 1890s to supply water to the then-city of Brooklyn. A water conduit through southern Nassau and Queens was constructed along streets which came to be known as Conduit Ave. and Boulevard. Aqueduct Racetrack, which sat near the conduit, was also named for it.

In Queens, some colorful names have survived, such as Fresh Pond Rd., Juniper Valley Rd., and Dry Harbor Rd. Some more are scattered about, like Staten Island’s Arthur Kill Rd.; it’s an English translation of a Dutch phrase meaning “the other strait” or achter kil.

At a width of just 25 feet total, Exchange Alley, shown above, is the thinnest street in Manhattan that’s open to vehicular traffic. It runs one block between Broadway and Trinity Pl. and appears as a thin crack between #61 Broadway, the former Adams Exchange Building (constructed from 1912-1914) and One Exchange Plaza, a brick and glass tower built from 1982-1984. Trinity Pl. was one of the first streets laid out in Lower Manhattan beyond the city wall and was originally called Lumber St. until it was renamed in 1846.

Both Exchange Alley and its eastern continuation, the rather wider Exchange Pl., go back to the Dutch era. Most of it was called Tuyn St. and its later English translation, Garden St., but Exchange Alley, during the era of British occupation, had a somewhat more colorful name.

Oysters, in beds in the surrounding rivers and bays of Manhattan and Long Island, were a prime means of sustenance for the Lenape Indians and then-New York City residents for decades after independence. While the British controlled NYC, this was also the case and a common British delicacy is the “pasty,” an empañada-like treat that featured a pastry crust with various meat, cheese or vegetable filling. Thus, “pasties” were consumed by the tonnage in the Manhattan of that era. However, the alley wasn’t directly named for the food. Exchange Alley had been used as the path to British fortifications informally known as “the oyster pasty” likely because of its shape (my guess) and thus, must have acquired the name Oyster Pasty La. or Oyster Pasty Alley.

In the 1800s, both Garden St. and Oyster Pasty Alley became Exchange Pl. and Alley. 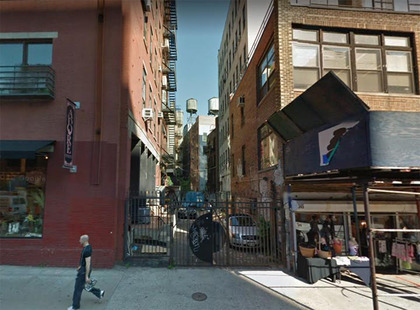 There’s an L-shaped alley issuing from Lafayette St. just south of Bond Street in NoHo, which ends at Bleecker. It’s actually an eastern continuation of Jones Alley, but for many years it had a separate name of its own: Shinbone Alley. The Department of Transportation used to mark it with a street sign, but it kept getting stolen so the city finally gave up. It’s fenced off now, used as a driveway by adjoining businesses, but if you look through the chicken wire you can see it still has some Belgian block pavement. 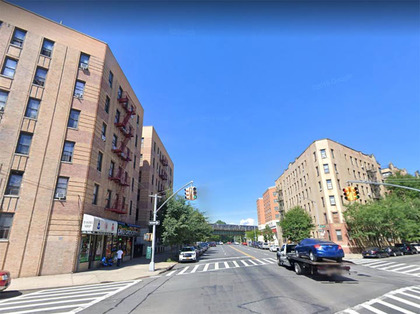 Bronxdale is a small Bronx neighborhood east of Bronx Park between about Allerton Ave. and Pelham Parkway. Bronxdale Ave., meanwhile, cuts across the Bronx street grid from White Plains Rd. southeast to E. Tremont Ave. In fact it’s a Native-American trail and one of the first routes through the neighborhoods that became Bronxdale, Van Nest and Morris Park, and from the colonial era through the early-20th century, it was named Bear Swamp Rd.

According to the Bronx River Alliance, one of the Bronx River’s vanished freshwater wetlands was the Bear Swamp. Draining into the Bronx River about where the Bronx Zoo’s Boston Rd. entrance is today, it covered over 180 acres east of White Plains Rd. in the present-day Bronxdale and Van Nest neighborhoods. Bronxdale Ave. follows the line of the old Bear Swamp Rd. that ran through this marshy area. There may have been a Native-American settlement there at one time: in the early-1800s a basin for grinding corn was found cut into a rock outcrop.

The Siwanoy Indians hunted and trapped black bears here; they used teeth and claws for ornaments and talismans, and the pelts for coats and blankets. Bear meat isn’t commonly found at the Stop & Shop, but the Siwanoy considered it a delicacy, and the fat was drained for use as hairdressing or bug repellent. 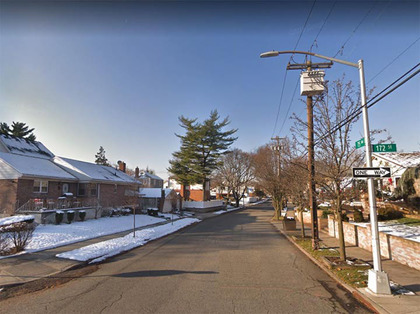 There was a road in Auburndale, Queens named Quarrelsome La. that ran generally east between what is today Parsons Blvd. and Utopia Parkway, but in 1852 was between the Jamaica and Flushing Rd. and Fresh Meadow La. There was a slight bend between today’s 169th and 172nd Sts. Today, the lane is the pleasant 75th Ave. Detached homes, most built after World War II, run along its length. There’s no hint that it’s a colonial, and perhaps pre-colonial pathway that was once called Quarrelsome La. The reason behind the name remains a mystery; perhaps there were rival families, like the northern version of the Hatfields and McCoys. 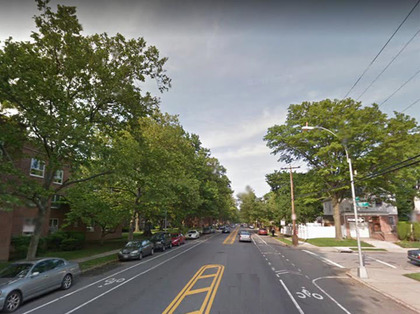 There are some old Queens street names I wish had been retained. The story I’ve heard about Blackstump Rd. is that farmers would burn and blacken tree stumps and use them to mark their property lines. It’s now a major east-west route between Flushing Meadows and Cunningham Parks, 73rd Ave. 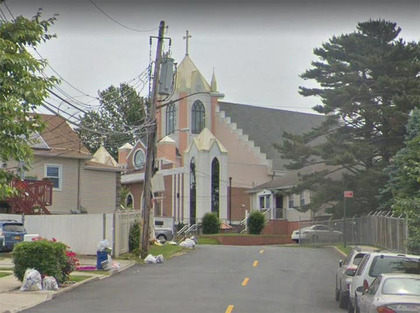 Sunset Ave. cuts across the modern-day street grid in the Willowbrook neighborhood in central Staten Island. Willowbrook Rd. runs south from the junction of Forest and Port Richmond Aves., and then oddly turns east at the Staten Island Expressway, running as far as Bradley Ave. However, Sunset Ave. was once Willowbrook Rd.’s east end; once Willowbrook was extended east to Bradley, the diagonal part was “orphaned” and first named Gun Factory Rd. before it was changed to the more prosaic Sunset Ave. Had the name survived to the modern era, it’d likely be changed now. 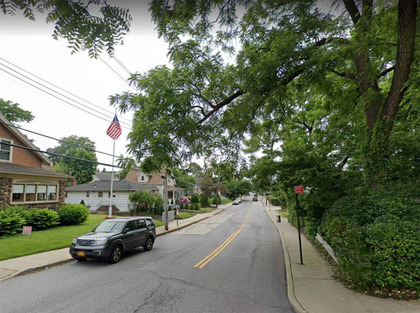 Here’s a rare case of a colorful name replaced with a historic name. Watchogue Rd. (pronounced WATCH-ogg) is a main east-west thoroughfare in Westerleigh, the former Prohibition Park, between the Marin Luther King Jr. Expressway and Victory Blvd.; it was formerly known as Butcherville Rd., likely from a number of meat cutters who lived in the area. What about its current name, Watchogue Rd.? It’s apparently an English transliteration of a Native American name meaning “country of little hills,” Wadchuwemesash. Easy for them to say.