Gravity is still a mystery. 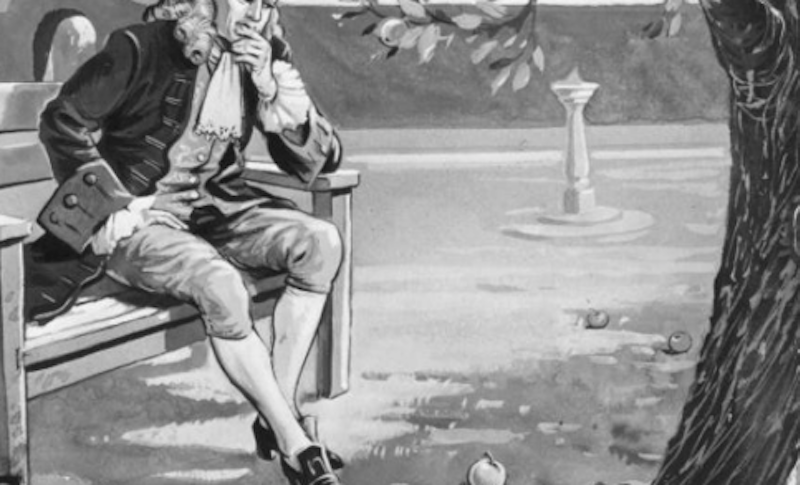 I've been interested in invisible forces since I was a kid. Electricity, gravity, magnetism, radiation. It started with radio, with sound coming from the little seven-transistor Sony taped to my handlebars. And sci-fi movies about atomic bomb tests unleashing huge monsters from the briny deep. Many of my heroes are scientists, especially those who pondered the invisible: Curie, Maxwell, Gilbert, Newton. Maxwell is right up there with Newton and Einstein. Maxwell "unified" magnetism, light and electric current as three inseparable forms of the same thing: electromagnetic radiation. This was around 1865, and the only tool Maxwell had was his brain. This led to his prediction of radio waves, later discovered by Hertz. Even earlier, Maxwell used Newton's calculus to figure out the composition of Saturn's rings (1859). I still find it astonishing that someone could figure out such things with just paper and pencil.

With some effort, Maxwell's work is at least comprehensible. But gravity is still a mystery. Galileo made great strides, rolling cannonballs down inclined planes. He saw that the steeper the incline, the faster the descent. He saw that different weights of these spheres descended in the same amount of time. Had there been more exact timekeeping methods (he used at various times his pulse, a pendulum, a modified water clock), Galileo might’ve extrapolated the precise acceleration (the addition of speed) of a freely-falling object. There's no record of him dropping things from the Leaning Tower, but you have to admire his dogged curiosity. In 1610, he observed the moons of Jupiter through a tiny telescope, proving not everything orbited the earth, and causing Christianity a major headache. Galileo doesn’t mention an attractive force; he described how objects fall, but not why. So why does the weight of different objects not matter? Inertia: resistance to change. The more mass an object has, the less willing it is to change its speed or direction. Yet the period of a pendulum depends on the length of the string, not the weight at the end.

Kepler came next. Studying a huge collection of very accurate planetary observations recorded by Tycho Brahe over many years, Kepler formulated three laws of planetary motion. The first came in 1605, and stated that the planets orbit the sun in elliptical, not circular, orbits; the "perfect circles" of earlier thinkers were out. That, alone, is a how-the-fuck conclusion. An ellipse has two focal points, and the sun is one of them; the other is a point out in empty space. Because of this set-up, orbital speeds change over time: the planets speed up as they approach the sun, and slow down for the rest of the trip. This led Kepler to consider not only the ellipse, but a forceradiating from the sun. He showed that a planet sweeps out equal areas of the ellipse in equal time increments. If you set this up on paper, to scale, it's easy to see what an amazing intellectual and observational achievement Kepler's laws are. Again, just paper and pencil, but also, scrupulous observation. How much looking would one have to do to work out a Law of Nature?

In studying Kepler's work, Newton in 1687 concluded three things: there is a force of attraction between planet and sun (not might be), the attraction weakens with distance from the sun, and it's dependent on the mass of planet and sun. The "weakens with distance" bit is known as the inverse square law: gravitational attraction weakens with the squareof the distance. (What's interesting about the inverse square law is that it applies to magnetic fields, light intensity, gravity, sound waves, and radiation.) With Newton we have the first consideration of mass as a factor. This attractive force applied to everything in the universe, and worked both ways: Things fall to earth not only because the planet attracts them, but because they attract the planet as well. Everything in the universe attracts everything else. Newton's law of gravity was the first formally stated universal law. Gravity as a concept was a hard sell not only because it was a purely mathematical answer to a question (no way to prove or disprove it), but also because "action at a distance" was considered unseemly in those days. "Gravity must be caused by an agent acting constantly according to certain laws," he admitted, "but whether this agent be material or immaterial, I have left to the consideration of my readers."

Newton's formula was satisfactory for hundreds of years; it works for artillery shells, comets, eclipses, home runs, tides. Eventually, better instruments revealed unexplained variations in the orbit of Uranus. Newton's math helped French astronomer Bouvard predict the presence of another planet, further out, to account for the irregularities, and Neptune was discovered in the expected place, in 1846.

Two-hundred years after Newton, discrepancies were noted in the orbit of Mercury, the innermost planet. Newton's gravitational scheme could not explain this wobbling. Along came Einstein, with an entirely crazy idea: a massive object distorts the shape of the space around it, in effect creating travel lanes. Other objects can only follow defined paths in this "curved" space. Mercury's orbit was being tweaked by the sun's mass. Einstein's model accounted for everything Newton had explained, in addition to the Mercury problem. Since energy has mass, even distant starlight is bent as it passes close to the sun. Einstein had dispensed with the notion of force altogether. Gravity was no longer about attraction between two objects; it was about one object determining or influencing the path of another through bends in space-time. This was another “huh?” idea, until it was proven true during an eclipse in 1919. I'm reminded of a band called Curved Air.

But why mass? Why do objects even weigh anything? I’ll just say mass has something to do with the Higgs field. I like Einstein's equivalence of mass and energy. I think when they get down to the smallest thing/particle/entity they can find, it’ll be a wiggly indescribable something that’s both mass and energy at the same time, and manifests itself as whichever one you’re looking for during your experiment.

Physics is not about the truth, James Jeans said. It's about what best describes what we can see.