Invisible Man and the Unadmitted Dialectics of Literature

Returning to a classic. 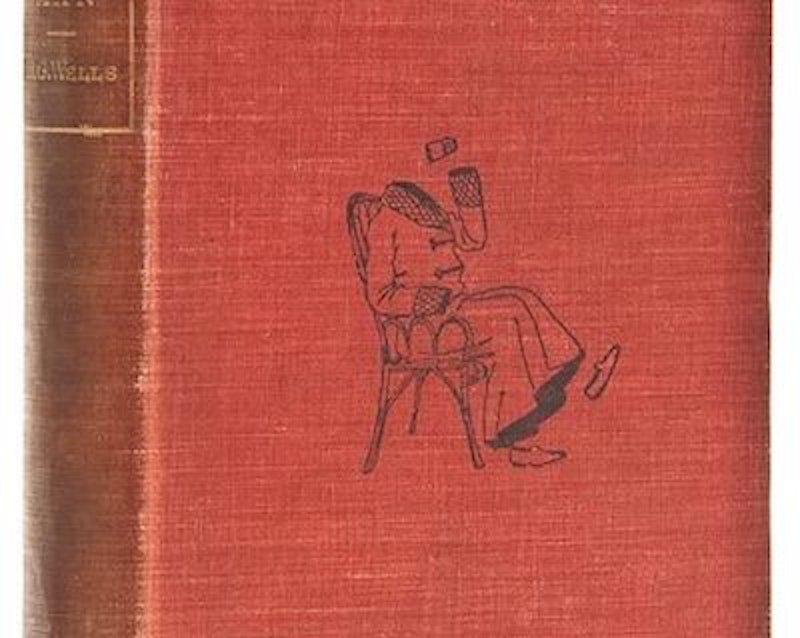 Here’s something I got: “Beware of those who speak of a spiral of history; they are preparing a boomerang. Keep a steel helmet handy.” The first time I read Invisible Man, that complicated little throwaway would’ve been too much for me. I was 13 and didn’t know that the Brotherhood (in the book the hero joins a forward-looking, non-racist organization called the Brotherhood) was a stand-in for the Communist Party. Neither did I know about the dialectic, nor the influence of Marxism on intellectual life during the 1930s and 40s. Now I do, pretty much, and the adult me snaps the meanings into place. The boomerang and the helmet: the hero got double-crossed because the party, or Brotherhood, decided to take a step back in the interests of later on taking some steps forward. Which is how the bookturns out, hundreds of pages after that first hint. Among many other things, Invisible Man is the story of somebody who gets clonked in the head when history doubles back on him.

But there’s a lot that I didn’t get. Reading Invisible Man decades after my first time, I see that Ralph Ellison’s great novel was written to be a great novel. He meant it to be a mountain peak of literature, and up there one finds dizziness. For instance, the five-page reflection on the boys wearing zoot suits and what these boys implied about the nature of history. The words swirled past me when I was a young, and they do so now. The one difference is that this time I’m left with a question: didn’t the man know about zoot suits before he became a Marxist?

At 13 I read Invisible Man for school, along with The Confessions of Nat Turner by William Styron. They took effort, which showed me how adult they were, and then the effort gave way to pleasure, and I felt that the pleasure meant I was adult. To be more exact, I sensed that adult literature and I would be on a footing. I’d be able to read books like this and I’d get them, and this ability would be indispensable to my life ahead. Why indispensable? Well, like many of life’s patsies, I was no good in gym class and thought that therefore I had to be smart. But I was no good at math either, and that left Ralph Ellison and William Styron. They worked out that first time around. Now I wouldn’t try Styron—Darkness Visible stank too bad—and my return to Ellison was only half-successful.

His great book’s blow-the-roof, tour de force passages still kick in, the displays like the blind preacher orating, the sharecropper telling his incestuous dream, the eviction scene and the hero’s speech, the journey into Louis Armstrong’s “Black and Blue,” and the grotesque Battle Royale. If being a gifted writer means the world needs your 550 pages on contemporary intellectual currents and the riddle of human identity, then I guess Ellison qualifies. But he’s so literary. The book is written fluently and well, but in a style that recalls Barack Obama’s letters to his college girlfriends. It’s not that the sentences don’t work, more that they’re displaying themselves in hopes of a prize. We have “a stove pipe reeled off a thin spiral of smoke that drifted the odor of baking yams slowly to me.” On Harlem: “For me this was not a city of reality but of dreams; perhaps because I had always thought of my life as being confined to the South.” And we have my nemeses, the zoot suit boys:

“I stared as they seemed to move like dancers in some kind of funeral ceremony; swaying, going forward, their black faces secret, the heavy heel-plated shoes making a rhythmical tapping as they moved.” The shifting weight of the short words, the jostling together of the pocket clauses, reproduces the long-limbed, solemn procession of the boys on the subway. It’s prose meant to be admired, and you can go ahead, admire. But the display (and Ellison is unflagging—from the same passage, “I moved through the crowd, the sweat pouring off me, listening to the grinding roar of traffic, the growing sound of a record shop blaring a languid blues,” and so on) is in interest of what strikes me as a fizzled notion.

Up top I asked if the narrator, shaken in his faith as to the scientific progress of history, had never seen a zoot suit before. The answer is yes, he had, but they’d failed to register. “They’d been there all along, but somehow I’d missed them,” we’re told. Fair enough, but here’s my replacement question: what did the zoot suits tell him that he didn’t already know? I’m stumped. After all, to be part of a movement is to realize that there are people outside the movement—those are the people you’re trying to convert. What caused the hero to suspect that history is on the side of lapels, not Marx? While the five pages unroll their music, intellectual thumping and banging takes place, and this dim one never encounters a clear sight of what’s causing the noise. Skepticism grows that the goods, if ever spelled out, would be more than an after-thought to the word music and soul thrashing. “My mind flowed,” we read as the passage nears its end. “It was as though in this short block I was forced to walk past everyone I’d ever known and no one would smile or call my name. No one would fix me in his eyes. I walked in feverish isolation.” Geez, mister.

I remember what I liked most about the book, first time around, and I’m humbled by the truth of what I am. Before reading Invisible Man again, I remembered the paint factory with the idiot boss and the instructions that couldn’t be followed, and the yams bought from a man on the street corner. I had a dim recollection of the hero’s meteoric career in the Brotherhood, but I’d forgotten about the riot and Ras the Exhorter. Add it together, and what I remembered was my uncertain progress through the book’s rather prolonged suite of interesting but equivocal sections down South, followed by arrival in New York and the start of the excitement (speech-making, women, duking it with black nationalist street fighters). After the journey of faith, there was the sense that big-people lit made sense after all, if it had these things and was so much fun to read.

I mentioned the paint factory and the yams. The hero encounters them soon after coming to New York, and for me they were turning points. Now I felt at home. I was up close to something and could see it. A yam: “I knew that it was sweet before I broke it; bubbles of brown syrup had burst the skin.” At the paint factory: “Slowly, I measured the glistening black drops, seeing them settle upon the surface and become blacker still, spreading suddenly out to the edges.” Not that these moments make the book, but they made my reaction to it. I began to feel like I knew my way around and could sort out what I experienced. They’re Henry Huggins moments, and there’s a lot for a fan of Beverly Cleary to thrill to in the hero’s ordeal with the vats and his bucket (which strangely marked vat has the right chemical to be mixed with the paint?). After that I encountered a favorite story of boys, or at least this boy, the story of a gifted young man who rises high and fast and commands attention.

Reading now about the hero and his career in the Brotherhood, I wonder how fortuitous it is that a 20-year-old just off the bus, someone whose most notable achievements have been to get patsied at a smoker and to help a college trustee into a heart attack, should turn out to be such a whiz at speaking, administration, and general leadership. “So far, nearly everything you had anything to do with has turned out to be what the folks like, even things some of ’em resisted,” counsels an elderly side-kick in the Brotherhood. Yet the boy is plotted against. A calumny is put forth, and the chiefs of the Brotherhood take it seriously. This is despite a glaring, almost supernatural, lack of force and rigor in the case made against him. (The accuser: “He works in the dark, he’s got some kind of plot…” What kind of plot? The accuser: “Just a plot.”)

A friend tells me that the hero’s several bad experiences along these lines are Kafkaesque. I think the combination of effortless achievement and everybody’s-against-me seems like Patch Adamsor my own sense at 13 of what future existence held out. I’ll add that women throw themselves at the hero, and he experiences lofty, philosophic contempt for them. Also, when he scraps it up with street fighters, this is alongside a cool, good-looking, tough-guy party colleague. “It’s Ras the Exhorter,” calls the party colleague. “Can you use your hands?” The hero, nettled: “I can use my fists.” Turns out he saves the colleague from Ras the Exhorter, who then makes a speech. Now I’m reminded of Marvel Comics, so no wonder the book and I found our groove all those years ago.

Today, no. Invisible Man is literature, and I’ve learned that being literature is often a silly thing for a book to do. I think that’s everybody’s boomerang and we must learn to duck.