Room to Dream, a new David Lynch biography, has come out hot on the heels of cultural exhaustion with the artist. 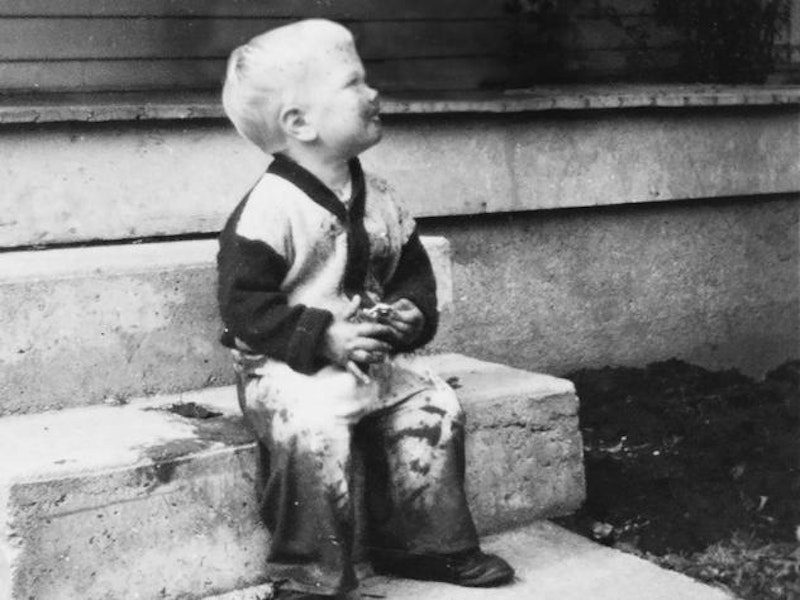 After Twin Peaks: The Return concluded its run last September with a catastrophic and colossally bleak ending—Dale Cooper doomed to an eternity of ever-eroding and collapsing realities and timelines all in a vain and misguided effort to stop Laura Palmer from ever being murdered—there was a long period of decompression from fans who followed it through the summer of 2017. Elaborate theories and endless discussions about cues and hidden clues blanketed the Internet for the rest of the year, all the way up through the miniseries’ home video release in December.

But after all that dust had settled, I felt an acute sense of David Lynch exhaustion among my peers and the world at large. Friends of mine still in school complained about all the awful student work “inspired” by Twin Peaks and how the most superficial aspects of Lynch and his work were suddenly trendy again. If it was mumblecore 10 years ago, or Lena Dunham cosplay five years ago, now every other student film had people speaking backwards, kitschy props, coffee, guns, donuts, and bloody women.

I was talking to someone about possibly screening Alfred Hitchcock’s Shadow of a Doubt this summer, and how its obsessions and thematic focus on doubles, evil in a small town, and hints toward incest were Lynchian, and they just rolled their eyes. Like so many other fanbases bordering on cultish allegiance—Radiohead, Autechre, Paul Thomas Anderson, Wes fucking Anderson—Lynch’s devotees had outstayed their welcome in the culture, another group of bros insistent that their auteur was infallible, a surrealist messiah.

Which is a negative preamble to a book I really enjoyed reading: Room to Dream, a new Lynch biography by Kristine McKenna. It’s 500 pages of hagiography, but it’s tempered by Lynch himself, who’s a co-author and responds to each of McKenna’s chapters with his own, expanding on stories, offering his own, and confirming, denying, or altogether avoiding comments and details in McKenna’s thoroughly researched work. Like my Uncle Gary said a few weeks ago at a wedding in Santa Barbara, “David Lynch has a vocabulary of about 30 words”—an exaggeration, but not that far off from the truth. “Beyond the beyond,” “peachy keen,” “solid gold,” “un-fuckin’ real”—these phrases do not need to be indexed because they appear on every other page. Lynch’s observations and responses are the best part of the book, mostly because they balance the unrelenting love-fest of McKenna’s chapters.

Everyone loves Lynch, he’s a genius, always working, so inspiring, so nice and supportive, so uncompromising, such a pure artist—and then he’ll come back with something like, “The Red Room is an important part of Fire Walk with Me, and I love the Red Room. First of all, it has curtains, and I love curtains. Are you kidding me?” On Lost Highway: “It’s not a funny film, because it’s not a good highway these people are going down.” On re-watching INLAND EMPIRE recently: “The film seemed short to me." Even better: “I love plumbing. I don’t have a clue why this appeals to me.”

These asides are hilarious and make the book not only bearable but compelling, because Lynch is so willfully obtuse and gives away very little regarding his work. If McKenna’s chapters pop Lynch’s lead balloon of mystery by bringing him into the realm of rote biography, Lynch’s strange observations and non-sequiturs keep him as inscrutable as ever, try as his co-author might to seal him in amber as a saint.

Perhaps the best disputed memory comes from producer Monty Montgomery, most well known for his appearance as the Cowboy in Mulholland Drive. During the making of Wild at Heart, Montgomery recalls, “We were walking home through the French Quarter where all the strip clubs are, and we passed this place with a sign that read, ‘Live Sex Acts.’ David said, ‘Let’s check this out.’ This was research for him, and what was in there was what the sign said. He was absolutely interested, too, in the way a doctor is interested in a body he’s just cut open. David sort of approaches everything that way."

Lynch responds pages later: “I don’t remember going to that club in New Orleans Monty described, but, sure, we could’ve gone there."

Besides his films, his art work is given due diligence, with plenty of stuff about his paintings, sculptures, drawings, furniture, and various projects he’s constantly working on in his studio at home. Lynch is certainly consistent though: at one point, McKenna observes, “The photographs he’s produced over the past thirty-eight years have two enduring themes: women and abandoned factories.” Sounds about right.

McKenna swerves into shameless advertorials a couple of times, like when she describes Lynch’s brand of coffee beans: “[T]he release of INLAND EMPIRE coincided with the launch of David Lynch Signature Cup Coffee. Nobody could question Lynch’s belief in this particular product—he’s lived for decades with a steady IV drip of coffee providing him with the fuel that powers him through his very busy life, and the company has operated successfully for more than a decade.”

Regarding Lynch’s character and his personal life, it’s a total mess. Despite being married four times, with four children spread out over 40 years, Lynch is hardly a family man, admitting early on that his work would always come first, and that wives, girlfriends, and especially children, would never even come close. To realize that about yourself so early on, and still have kids and start families is incredibly irresponsible and selfish. But Lynch’s wives, children, and assorted affairs are forever forgiving. In Mary Fisk’s words, “I realized this was the way it was going to be.” But why?

Near the end of the book, McKenna writes, “Lynch is something of an absentee father—you aren’t likely to see him at a high school play—but he shows up for his children when they really need him.” Lynch admits as much in the book’s final chapter, writing that “I may not’ve been the best father to my kids, because I wasn’t around much, but my father was never around much, either… Maybe it’s not the presence of the father but the love that you feel coming through that’s important. Still, I think my father was a better father than I am.”

Room to Dream is not a balanced look at an artist who became a living legend long ago, but it does offer enough reality and sadness in between the fawning and slobbering. Lynch is currently married to Emily Stofle, but he lives in their guesthouse where he can smoke and paint and “finally be alone.” He has personal assistants and “needs a lot of care when he travels”—he can’t stand to order his own coffee or be present when room service arrives. It’s typical superstar anxiety, where the agoraphobia and stubbornness just grows and grows with age. Having said that, the fact that he admits to being an inadequate father and a cheater says something—he could’ve easily avoided the subject as he did with Monty’s New Orleans anecdote. If you’re not bored to death by Lynch’s world by now, you’ll have a blast reading Room to Dream—it’s pretty much “gangbusters” as the man himself would say.