The Time I Cheered Myself 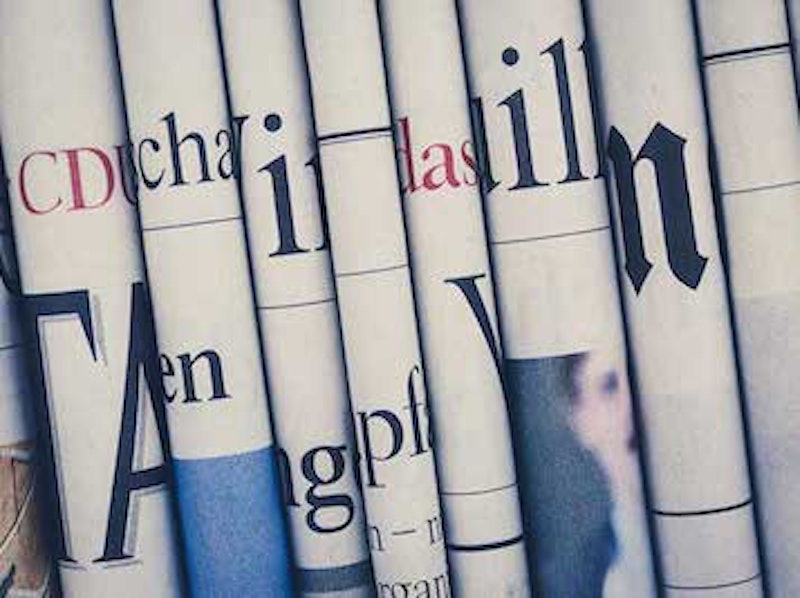 It wasn’t my idea. I went along. Still, how feeble it is to go along. Plus, nobody had been making the suggestion after all. I’d just thought they had, and then sheepishly participated in the silly moment that (I thought) had been proposed. I cheered myself. I forget exactly how this was executed. My hands went up, I think, fingertips against palm as I mimed a two-handed cheer. Then they came down because I saw the look on Paul’s face. It was the sort of expression that normally comes at the end of a double take. I realized that I’d been entirely wrong.

What Paul had said: “Calvin will write a headline.” This was end of day, when a late story had to be rushed through. A handful of us sat at our terminals, and Paul called the shots because he was managing editor. He was a hulking, barrel-stomached man, not yet 35 but owlish and heavy in manner, a bluff sort who captivated our paper’s young staff with his brio and open-pocketed pay raises (the money, of course, being the company’s). I was a copy editor who couldn’t make eye contact and weighed 30 or 40 pounds too much. My headlines were very good. So were my editing and my typo catching, but the headlines had made a splash back during my first month, when the crew was wondering what they thought of this physical and social oddity dropped among them. Some clever headlines gave the news room something to fuss over and approve.

But that first month was now a dozen months or so in the past. In the meantime I’d been made acting copy chief and had then returned to being a regular copy editor. I got along with the new chief, an outside hire, but I’d blotted my time in the seat with a series of front-page typos. These were brought on by sleeplessness and nerves, since I was tortured by routine social interaction and sand-bagged by the paper’s expanding news logs and ragged organization. I resented both Paul and his nemesis, Brenda, the assistant managing editor. The two of them had sharply clashing personality traits, and these traits all led to delays in processing copy. Still, the news room loved Paul; Brenda they hated.

Now I, copy editor, took my part in seeing off a story. (Don’t ask me where Brenda was; on deadlines she was usually inescapable.) Paul assigned tasks. I somehow decided that his instruction was a tribute to my past glory. I forget what cue I seized upon, or what panicked twitch of the mind tilted me toward my little deed. But tilt I did, and a fool I looked, because I didn’t own myself. I was feeble and lunged after a thread, hoping that somehow I was included in something, in some news room mini-myth about me. The moment hurts, though it’s one of many.

That’s life on the outside, in my experience. I’m not a rebel. I’m someone who’s gone hungry so long he doesn’t even know he’s dreaming about food.