There’s a New York Cemetery in There 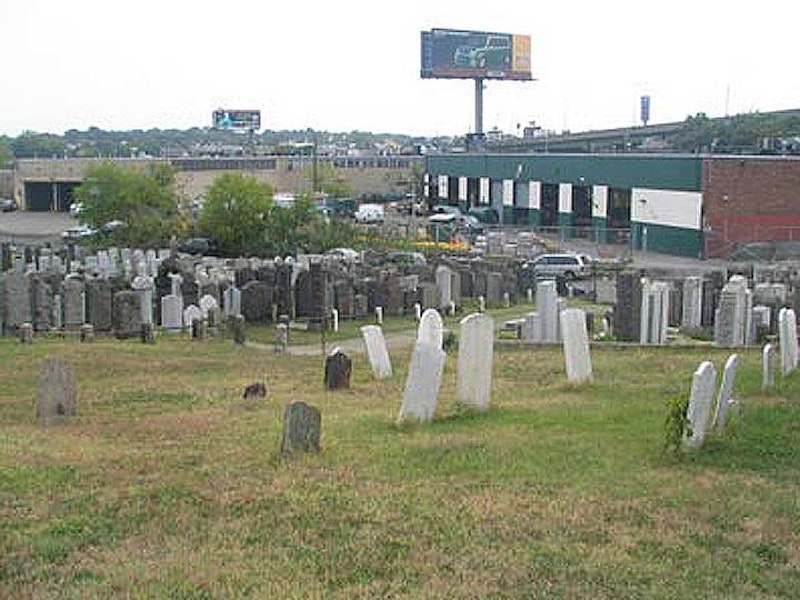 I like cemeteries. I may as well like them now, as I’ll be in one for a long time, and won’t be able to enjoy it at all, wherever I wind up, which reminds me, at age 61, I have to start making arrangements. Funny how you have to do that sort of thing, for a circumstance you don’t want and an eventuality you’ll never realize.

New York City has all kinds of cemeteries… middling ones that serve as a restful repose, nothing more, such as Cedar Grove and Mount Olivet in Queens. There are also huge “burial parks” such as Green-Wood in Brooklyn and Woodlawn in the Bronx, which are celebrity “destinations” and were conceived and laid out more for visitors on Sunday excursions, for contemplation instead of recreation. Then there are my favorites… the pre-colonial or colonial ones, some of them overgrown or striving mightily against time, with death’s head monuments with carefully carven, serif lettering done in the 1600s and 1700s, such as Prospect Cemetery in Queens or Trinity Cemetery in downtown Manhattan. I’ve visited most, and been charmed by all of them.

I’ll concentrate on those cemeteries that turn up where you least expect them: ensconced in larger cemeteries or even hidden amid parks.

Captain Richard Betts was a settler from England who was opposed to Dutch rule. He, along with other male settlers, obtained a governor’s license to purchase Middleburg (later called Newtown) from the Indians in 1656. Richard (1613-1713) and wife Joanna’s home stood at the southwest corner of territory now surrounded by the cemetery. It was razed in 1899.

In 1656 he bought 120 acres near today’s 58th St. and 54th Ave. He was a farmer, but in later years served as the sheriff of Long Island from 1678 to 1681. According to legend, a circumstance my friend, filmmaker Heather Quinlan (If These Knishes Could Talk) calls “the most Irish thing I’ve ever heard of” Betts dug his own grave in the Betts family plot a few days before he died. His grave is not detectable but many of his descendants’ are. Perhaps there was some Irish in him.

Betts lived to be 100 and his descendants lived in the house until 1877. The 58th St. Incinerator occupies a good portion of the property now. The family’s graveyard has survived to the present and sits within Mount Zion Cemetery. The oldest gravestone dates from 1757. 58th St. was formerly called “Road to English Kills” and later, “Betts Avenue,” after the family. 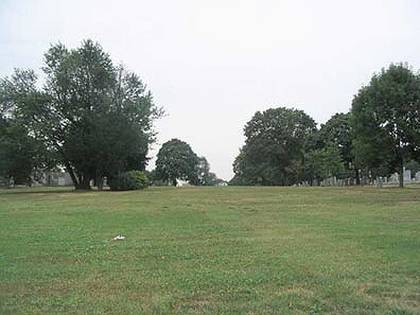 The Cumberson family was neighbors of the Betts and lived farther north on Betts Ave., near today’s Queens Blvd. Their house was built in 1761. It was plundered by the British during the Revolution and later rebuilt. The Cumbersons ran a small farm and tannery on their property and lived in the house on 58th St. near 43rd Ave. until 1900; the house survived until 1920.

The family’s cemetery is still intact, but no headstones remain. The Cumbersons rest in an unmarked preserved area within the northeastern corner of New Calvary Cemetery at Queens Blvd. and 58th St. 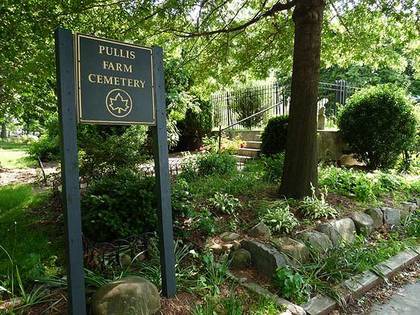 When I first began exploring this region by bike in the 1970s, the Pullis Memorial, Juniper Blvd. South and 81st St. at Juniper Valley Park, was in sorry shape, but by 1996 the site had been restored and protected.

Though western Queens is well-known for its vast cemeteries, there are also a number of very small ones. The Pullis Farm Cemetery was once the property of farmer Thomas Pullis, who purchased 32 acres in the area in 1822. Pullis prohibited the sale of the cemetery in his will, and it continues to be marked and protected. A memorial marker has replaced the cemetery’s old tombstones.

Juniper Valley Park itself dates only to the 1940s, when NYC acquired 100-acre Juniper Valley Swamp to settle a $225,000 claim in back taxes against gangster Arnold Rothstein, who, it’s believed, had the Chicago White Sox in his back pocket in 1919 when the Sox threw the World Series against Cincinnati. The old swamp is now one of Queens’ most beautiful parks. 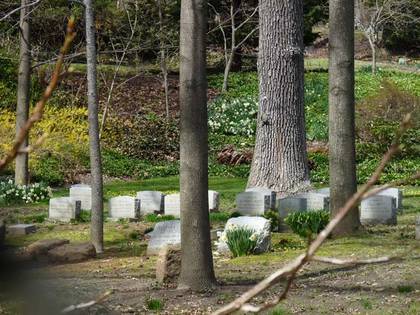 Quaker Hill, along Center Dr. near the park entrance at Prospect Park Southwest and 16th St. contains a cemetery that was established by the Society of Friends before Prospect Park was built. The cemetery was originally located between 11th and 12th Aves. and 9th and 14th Sts., which were de-mapped in 1866; by agreement, the Society retained the southern two-fifths of the burial ground. Burials here date to the 1820s. The park was simply built around the cemetery and no trace now remains of the cross streets that surrounded it.

You’ll find Quaker Cemetery locked behind a gate as a rule, and it’s inconspicuous in a wooded area off the main drive. There are no ostentatious stones or tombs, per Quaker custom.

Actor Montgomery Clift (1920-1966) is buried here. Clift, a great friend of Elizabeth Taylor, starred with her in A Place in The Sun (1951) and Suddenly Last Summer (1959). He was nominated for Best Actor for The Search (1948), Sun and From Here to Eternity (1953) where he was unforgettable as the rebellious soldier Robert E. Lee Prewitt. Clift was plagued by alcoholism and health problems for much of his career, and died of a heart attack in 1966. Clift’s gravestone at Quaker Cemetery was purportedly designed by John Benson, who designed John F. Kennedy’s at Arlington National Cemetery. An Omaha native, he lived in a Manhattan brownstone in the years before his death. 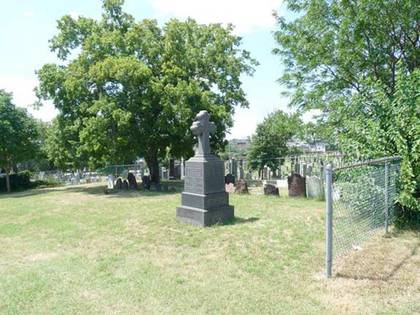 Richard Alsop’s gravestone, dated 1718, is the oldest in Calvary Cemetery. The Alsop family burial site, in a southern corner of Calvary Cemetery in view of the Kosciusko Bridge, pre-existed Calvary by over a century and was simply incorporated into a Calvary when the land it stood on was purchased by St. Patrick’s cathedral in 1848. Richard Alsop had been bequeathed the land by his cousin, British immigrant Thomas Wandell. 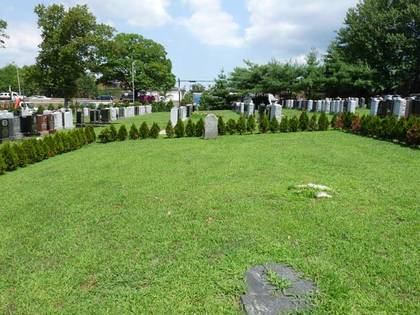 The Willett family plot is the only remaining reminder of Spring Hill, a vast estate that became a cemetery in 1893. The plot is surrounded by Mount Hebron Cemetery and can be seen near the entrance on the south service road of the Horace Harding Expressway just east of the Van Wyck Expressway.

Only a single tombstone remains standing, that of Elizabeth Willett, wife of John. The stone appears to date back to 1723. Colonial governor Cadwallader Colden was buried on the estate but his exact gravesite is unknown today. The last owners of Spring Hill were the Durkee family. The house burned down in the 1930s.