I Tried Ordering From Harry's

Wanted those razors, but no dice. 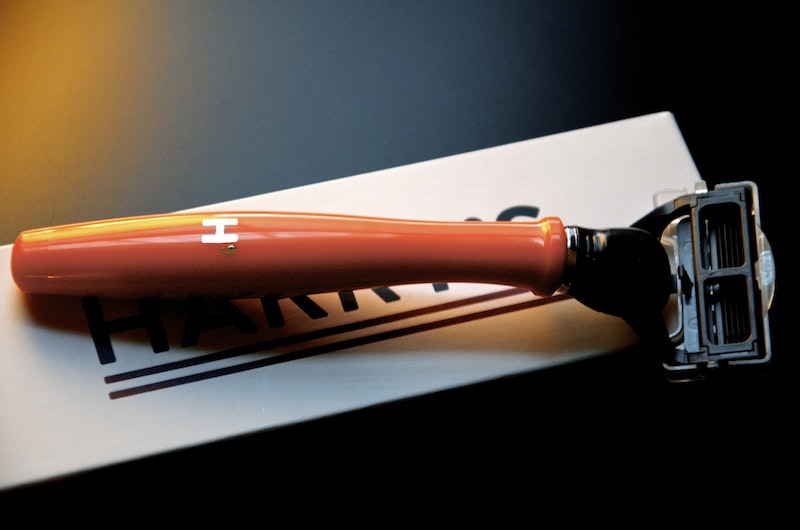 I tried ordering from Harry's. They couldn't do it. The system wouldn't take my card; it kept saying the billing address was wrong. But the address was right: I even called my bank.

Online the system screwed up, on the phone it screwed up. Talking to them, I found the Harry's people were just fine. They knew a few things and had a can-do attitude. They were nice people and they had tricks up their sleeves for getting the computer to do its job. Try this, try that—I remember one trick was maybe we should put my apartment before the street address, with a hyphen, like 5-355 DeRillo Ave. But the tricks didn't work. My particular problem was a leviathan, and now I'm worn down.

You know, when I called the bank, I had to explain to the bank people that the address needed to be spelled exactly the way they had it: same abbreviations, same capitalizations, was that a tic-tac-toe sign or the word “number.” And so on. This was not routine. To get the info I needed, I had to be on a mission to educate. And handling the Harry's people—that was a job too. You've got to be polite when nothing is working.

I called a few times, and I think the last person I got was this nice upbeat woman late on a Friday. She swore that she’d send me a follow-up email, she wouldn't drop this case. I said, ruminatively, “You know, if the situation plays out and things are such that a solution can't really come through... you know, you have already gone more than the extra mile, okay? More than the extra mile.” Only I was saying “moah,” not more. Like I was Vic Tayback, Mr. Beefy Goodwill. Well, that's how I had to get through it.

Why not say, “Sure, that'll be great, thanks for helping that way”? I mean you get off the phone just as fast. But on Friday afternoon, sometimes you have to let people say the hell with it. Okay, I also felt this, another motive:  I wanted the episode done with. Not just the conversation, I wanted done with my whole attempt at ordering. To continue the episode would’ve involved hope, to some little degree, and I'm tired of working that muscle. For whatever reason, never mind, but right now that's where my spirit’s at: my hope muscle is going to rest a while. I'm not going to look ahead and wonder about the lady from Harry's and her email, will it be worthwhile or will it be bullshit? Leave that by.

A friend tried for me from the U.S. because I live in Canada, and you never know, that might be the snag. But the same kind of thing happened. She was trying to enter her entire credit card information, and the site got snarled up. Then we decided, as a two-person consensus: if the company's site is this bad, who says the product is any good? All right, maybe it's great and that's why people jump through these hoops. I don't know. We made our decision.

It's a hell of a way for things to be arranged. Apparently, I'm at the working end of a jury-rigged cosmic apparatus that keeps me looking like shit. Because I'd still buy the razors if I could. I'm not proud, and store cartridges are getting really cruddy. But I won't be able to buy at Harry's.