Bingo World in Baltimore is not for the casual player. 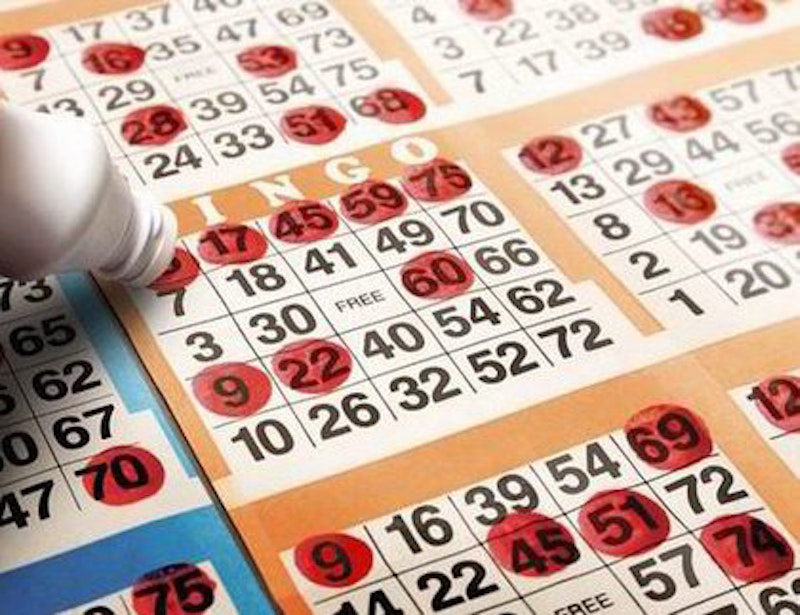 When I was around 12, my grandmother used to take me to Bingo. The rules about no one under 18 playing were clear, but she didn't care and no one protested. I'd sit with her in a church, fire hall or other Bingo den filled with Jersey-haired women over 60, smoking, drinking, laughing and enjoying the chance to win money. My grandmother was always lucky, and would share her winnings generously.

As an adult I've been challenged in finding a good regular Bingo game or anyone who wants to go with me. You can get some pretty strange stares when you ask a group of people under age 50 if they want to go play Bingo. The local fire hall used to have weekly Bingo, which was in the same night as Ladies Night karaoke at a local bar so I could convince someone to go. But unfortunately, though they'd just put in a new electronic board that descends from the ceiling, the fire hall inexplicably stopped offering it.

My sister-in-law is a fan too, so we started visiting "Bingo World" in Baltimore recently and we've been there a few times. Bingo World is no joke. There's no laughing, smoking or drinking. There’s only Bingo, played seriously by people who want to win. The only white fortysomethings in the place, it took us a few visits to get the hang of how and how not to interact.

The regulars did not want us to win. They didn't look at us. When we get close to winning, they grumble. When we talk to each other, they roll their eyes and shake their heads. But there's no time for talking anyway. With two sheets in front of us (nine Bingo cards on each for a total of 18 to play at a time), we take our Orange and Purple (for the Orioles and the Ravens) daubers and we dot the numbers they call and do it quickly. It's stressful but exciting.

The regulars have altar-shrines of superstitious paraphernalia- photos, stuffed animals, religious artifacts, Orioles-themed bags somehow made specifically to hold 20 colors of daubers. They bring their own snacks. The Snack Bar offers a lot of good eats, but apparently that's for newbs.

Every once in awhile, if we’re confused about one of the often three-at-a-time game variations going on, a rogue regular will offer advice. They relish their veteran status, patiently explaining what Bonanza or Progressive means. There is some kind of game called BALLS, and we still haven't figured out what it means, but when someone has it, they yell out BALLS and the announcer says WE'VE GOT BALLS only no one thinks it's funny or laughs. My sister-in-law and I try to cover our faces because you don't want the regulars to see you thinking this is funny. Nothing is funny.

When we win at Bingo, we do not high-five or cheer or show any outward sign of happiness because it's just not what's done, and the regulars are already mumbling to each other about rookies winning. When winning, we split the take, so we can both feel like we won that night. One night we split $150 and it was fun, but we didn't smile until we got to the parking lot.

When I was 12, and played with my grandmother, it was loud and bawdy and fun. The Bingo caller yelled "B4!" and all the white-haired, hair-sprayed ladies joyously yelled "AND AFTER!" in response. When the caller said "O-69," the ladies giggled and yelled "OOH LA LA." They talked constantly, drinking beer and smoking so much that I don't know how they could see the cards in front of them.

Bingo World is fun too, it’s just more secretive. I always whisper "and after" to myself when the caller says "B4," in honor of my grandmother.