Netflix doesn’t work in the forest, what will you do? 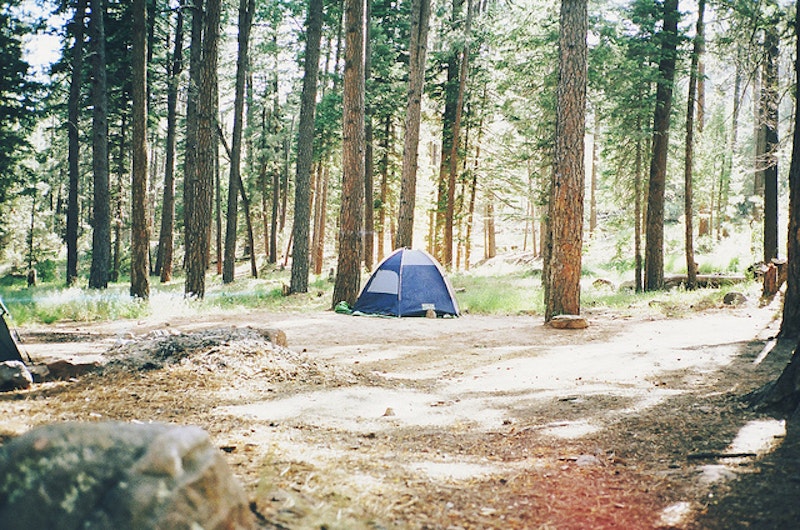 I traded the intimacy of living on a two-and-a-half mile island off the Chesapeake Bay—a small town that rarely featured an unfamiliar face—for the relative anonymity of Baltimore City, where the only recurring characters in my life are the homeless people stationed on my block.

No complaints: I like Baltimore. It’s a kind city that doesn’t breed the same level of intensity as New York or D.C., and everything I could need is within walking distance of my apartment. Still, I occasionally miss the quiet I’d grown accustomed to, which is why I made plans with my boyfriend to go camping at Rickett’s Glen, a campground in Pennsylvania that we frequently visit.

The drive from Baltimore follows the Susquehanna River and goes through a handful of small towns that look trapped in the 1960s. The route is lined with sex shops and strip clubs—seedy joints that cater to the seedier truckers who pass through.

The towns get smaller, the pavement recedes. Our arrival to the campsite is always preceded by silence—my Soundcloud account goes mute once the Internet connection cuts off. Our venue is a small patch of grass with a picnic table and a fire pit—anything more extravagant would belie our goal of escape. There’s not much to do after setting up the tent—cell reception is scarce and outlets are non-existent—but isn’t that the point?

Nature does have its drawbacks, though: my allergies killed the fun and no medication could help without knocking me into drowsiness, thereby subduing most of my pre-trip motivation and making the hammock my best friend. We hiked the five-mile Falls Trail and the elevation alleviated my symptoms a bit, but my nose was still useless.

I was happy to return to the pollen-less city and get back to my routine, but couldn’t help thinking about what I was leaving behind and taking in its place. I usually just see the city, my life, but after coming from isolation all I saw was phones and computers and TVs and screens and screens and screens, all leaking artificial light into an increasingly artificial world. It’s a cliché at this point, but still true: you’ll go crazy if you don’t take a break from the digital world.