I Took the “Are You An Islamophobe” Quiz

I failed, but disagree with the results. 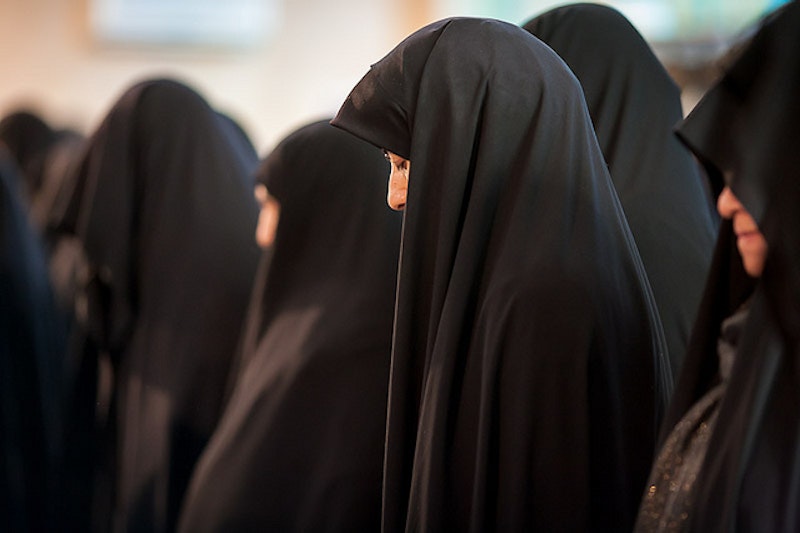 Some defenders of Islam are infatuated with the word “Islamophobia.” Calling people Islamophobes is an offensive strategy used to disarm all critics of the religion by suggesting they're bigots. It's much easier than debating them. If you want to see if you qualify as an Islamophobe, there are tests on the Internet. I took one called “Are you an Islamophobe,” which asked me only questions about Muslims, not the doctrines and practices of Islam. That was the first sign that something was amiss. After hitting the “submit” button, I learned I have a very negative view of Muslims and that my “response pattern matched that of a conventional Islamophobe.”

I was asked to respond to the following 11 statements or questions:

Number one: “Muslims are more loyal to Muslim countries than they are to the countries they live in.” My response: Neither disagree or agree.

This question is not logically constructed, in that it assumes that all Muslims have left their birthplace to live in non-Muslim countries, which is false. Anyway, I'll take it to mean Muslims who’ve immigrated to non-Muslim nations. Another error (and one that's repeated throughout the quiz) is that it refers simply to Muslims, as if they're a single-minded monolith. A survey showed that 100,000 British Muslims sympathize with suicide bombers and other terrorists, and that only one in three British Muslims would contact the police to report somebody close to them who had close ties with jihadists. One would have to question these Muslims’ loyalty to the country they live in. Still, I gave a neutral answer.

Sharia law specifies that for a rape to be proven, four Muslim male witnesses must attest to the crime. Women rarely report rape in Muslim nations, because of the likelihood they’ll be imprisoned for fornication. Homosexuals can be prosecuted, even executed, in some Muslim nations. This is a short list of the primitive, outdated views within Islam.

Number three: “Muslims are more likely to justify terrorism than other people.” My response: Completely agree.

While most Muslims oppose ISIS and other terrorist groups and don’t generally feel terrorism can be justified, an objective observer has a hard time denying this statement. A survey revealed that 24 percent of British Muslims say violence against cartoonists who draw Muhammad is justifiable. In no other religion would people answer this way.

Due to Muslim activism, the U.K. now has 85 sharia courts. The Muslim population of the nation is only 10 percent, so that's testimony to just how much power a relatively small group of Muslims can exert. Imagine that the U.K. one day becomes 20 percent Muslim, which is likely, based on comparative birthrates. The number and scope of those courts would increase significantly. My neutral answer doesn't reflect my real opinion. I was trying to be non-Islamophobic and rig the results.

Number five: “Muslims are trying to take over the world.” My response: Neither agree nor disagree.

Turkish president Recep Tayyip Erdoğan, in a fit of pique in March, called for Turkey’s citizens in Europe to have five children each. He said that would be the best response to the EU’s “vulgarism,” but he was just giving voice to a common idea of those Islamists who see Europe as a territory vulnerable to a stealth invasion. If this question referred only to radical Islamists, I'd completely agree, but it doesn't.

Number six: “Muslims think they are better than other people.” My response: Completely agree.

This is not a condemnation of Muslims. You could substitute “the religious” for “Muslims” and I'd answer the same way. Brought up as a Catholic, I know that's how I used to feel about non-Catholics. That's what I was taught. The pious always think they're the most elevated of all people. Don't tell me that Muslims in general see pork-eating, alcohol-drinking non-Muslims as their equals. Some Muslims even call them kuffar.

Number seven: “Muslims are responsible for most of the world's wars.” My response: Completely disagree.

No one religion is responsible for war in general. This isn't a hard call.

Number eight: “I dislike Muslims because of the way they behave.” My response: Completely disagree.

I realize that most Muslims are decent people who are trapped in a religion they never asked to join. I don't have any particular idea in my mind about how Muslims behave.

Where, outside of Muslim nations, are women afraid to leave their homes without covering their legs and hair? What other holy text other than the Qur’an, which is viewed as the word of God, instructs men to beat their wives when necessary? That same verse says, “Men are in charge of women.”

While I understand that Muslims don't generally approve of terrorist groups, I can't look at the Pew Poll results in Pakistan showing that 62 percent of the population have a favorable impression of ISIS and not be influenced.

Number 11: “What is your religion?” My response: Atheist.

There's no reason for this question to be in the quiz. If it actually influenced the results, that's ridiculous. I'd like to ask anyone agreeing that I'm an Islamophobe to point to even one of my responses as evidence of my prejudice. The word Islamophobe has no real meaning. It stifles debate, and has the effect of polarizing people even more. If I saw a Muslim person harassed in public, I’d intervene in some way, but this quiz didn't ask me that.