Being a lawyer has come to be part of my identity. 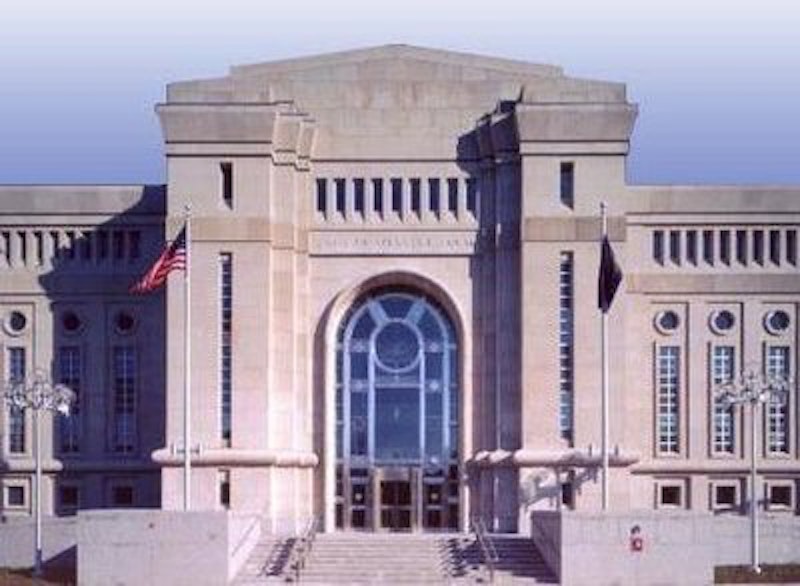 I was first admitted to a bar some 44 years ago, back when this was a free country and one could drink, vote, and take up arms in defense of the Republic at 18. So I strolled into the Terminal Bar near W. 242nd St. in The Bronx on the afternoon of my first day at Manhattan College and ordered a cold beer. It was a warm day. The beer was good.

While preparing for the bar examination, I was allowed an unconscionable amount of paid leave. I am grateful even now. I went through the tests in July, 1989. It was held at the Javits Center on the West Side. As we opened our test books, some poor young woman screamed and had to be escorted from the room. I plugged on.

Some months later, I received the results. I was living in an old brownstone on E. 58th St. between 1st and 2nd Aves. in Manhattan. Ordinary people could then afford to live there. I stood in the lobby for some minutes with the envelope in my hand. Finally, I thought that, unlike John F. Kennedy Jr., who had failed twice and passed on the third try, my failure would not appear on the front page of the New York Post. So I opened it to learn I had passed. I took some time to submit the necessary paperwork to the committee on character and fitness. I was then interviewed by a gentle, patient older lady and admitted to practice in New York’s state and federal district courts on March 26, 1990. The diplomas still hang on my wall.

My career has had its ups and downs, mostly economic. I’ve worked for small law firms; scraped by as a solo practitioner (my wife Mimi once called me the worst paid lawyer in New York); and worked for several public agencies until my retirement from the City of New York in March 2010. I then continued practicing from my house, mostly consumer bankruptcies in the federal courts, which I enjoyed, and guardianship and fiduciary appointments from the state courts.

So I’ve been a lawyer in active practice for over 27 years. I’ve not done great things, but I’ve done good things. Being a lawyer has come to be part of my identity. So, after moving to New Hampshire in March 2016, I began assembling the paperwork to apply for admission on motion to the state bar. Admission on motion to the bar of a state where one has not taken a bar examination requires reciprocity. New Hampshire and New York have reciprocity. If one has spent five of the last seven years practicing law, one should be eligible for admission.

There was one hitch. This stems from my performance on the Multistate Professional Responsibility Examination some 30 years ago. The MPRE is supposedly a measure of one’s understanding of a lawyer’s duties to his client. I was admitted to practice in New York with a score of 78. Today, New Hampshire finds that score insufficient by one point to be automatically admitted. Even in New York, I would now need an 85. Clearly, the test preparation industry has affected the bar examiners. It's reassuring to know that even those self-righteous folks can be reached.

Now, I could sue them (New Hampshire claims its bar admissions are reciprocal with those of New York, which should mean that my score, whatever it was, should be acceptable) or take the MPRE a second time. I am older now and so I re-took the test. I spent about a month studying for it. It’s perverse: professional ethics in the law has nothing to do with anything I encountered as a lawyer. I didn't abandon my clients' cases, steal their money, exchange bodily fluids with them, let them lie, or lie myself on their behalf. Most of the questions were about whether one must do something or may do something, which is a little subtle for a fellow from upstate New York. However, I did my best on the test, which was held in March 2017. I was the oldest man in the room by more than a generation. I scored 122, which was an improvement over my prior performance.

So on June 6, 2017, my sister Margaret’s 50th birthday and the 73nd anniversary of D-Day, and in my 62nd year of age, I went to be sworn of the New Hampshire bar and become a compeer of Daniel Webster, Franklin Pierce, and David Souter. The Court commanded me to appear in person no later than 8:30 a.m., a little over 27 years since I first took an oath before the Supreme Court of the State of New York. Having complied with most of such orders over the last three decades, I drove to Concord, New Hampshire.

I took the Constitutional oath, which I’ve now taken on numerous occasions over the last 40 years as a public employee, a lawyer, and a soldier. I still cannot say the words without pausing from emotion. They still move me. I hope they always will.

I said, yet again: “I do solemnly swear that I will bear faith and true allegiance to the United States of America and the State of New Hampshire, and will support the constitution thereof. So help me God.”

Faith and true allegiance. It’s a long time since I read Robert Bolt's A Man for All Seasons, in which Thomas More says: “When a man takes an oath, Meg, he's holding his own self in his own hands. Like water. And if he opens his fingers then—he needn't hope to find himself again.”

Then I took a second oath, peculiar to my honorable profession: “I solemnly swear or affirm that I will do no falsehood, nor consent that any be done in the court, and if I know of any, that I will give knowledge thereof to the justices of the court, or some of them, that it may be reformed; that I will not wittingly or willingly promote, sue or procure to be sued any false or unlawful suit, nor consent to the same; that I will delay no person for lucre or malice, and will act in the office of an attorney within the court according to the best of my learning and discretion, and with all good fidelity as well to the court as to my client. So Help me God or under the pains and penalty of perjury.”

I then went to the U.S. District Court to be sworn of that court. I know a little about bankruptcy law and might be of help to folks who need to get out of trouble with their creditors. This was more difficult. After passing through the metal detectors, security personnel required me to remove my shoes and my jacket. I wear suspenders rather than a belt. I’ve been felt up a few times by airport security. I thought I might have to drop my pants to them, too. Happily, I was not so required. Then I appeared before the Clerk of the Court and took yet another oath. I now have two new diplomas, one for each court, which are being framed in Concord. I will put them up on the wall once they’re ready.

Over the next two days, I took a required practical skills course from the New Hampshire Bar Association. I don't mind that: I like to know what I'm doing. I'd hate to be disbarred for mere incompetence. A gentleman should be disbarred for more serious reasons. I know something about the law, though I’m still learning, and about the Constitution of the United States. These ceremonies simply provided two more occasions to reaffirm my loyalty to the Republic and the rule of law, which are important to me.

Then I'll commission a sign for the front lawn and see whether any paying clients show up.