Getting roughed up in school stiffened my resolve to stand alone. 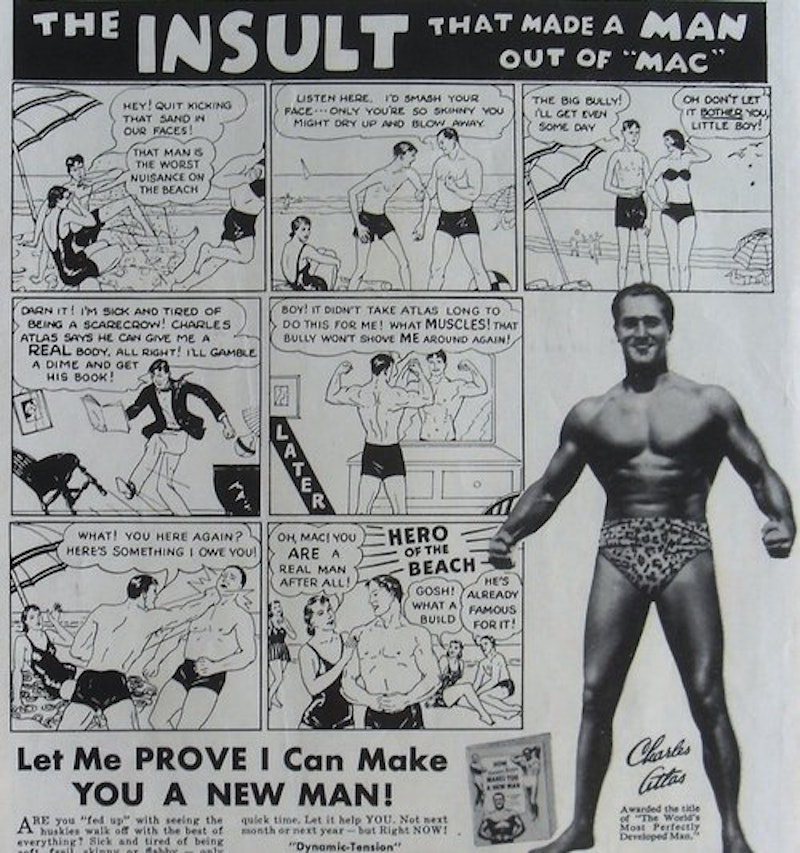 They come in all shapes, sizes and colors. Some are loud and pushy. Others can be insidious, bore their way quietly into your heart where they kick and punch. Getting under your skin and wreaking havoc. They’re not happy unless you’re miserable. They make sure you suffer, so they feel content. The satisfaction derived from knowing they can ruin your day or entire life is good enough for them to maintain their well-being. Who are they? They are monsters, like Godzilla , stomping around the city, making life miserable for all who cross its path. Frankenstein’s monster, the misunderstood re-animated cadaver stumbling around sniffing flowers and seeking a bride. Where do they come from?

The American male mentality is a prime example of a bigger symptom. A larger problem of phallus and fallacy. Penis size. Big missiles, long rifles, fast cars, long pointy monuments, public humiliation and ridicule over private parts and body parts. The bully can be found just about any place. The schoolyard. The church pulpit. Sporting events. America invented the bully. As long as there’s someone smaller and weaker to push around, there will be bullies. Whether it’s a country or an individual. Too skinny or too fat. Too this or too that. The new term is shaming, but it’s just a dressed-up bully. Whether its belly size or penis length, it still hurts the same way. There’s this “living up to” status that’s become a rite of passage for youth and modern society. To meet expectations and succeed in winning friends and influencing others at any cost.

It’s uniquely American to be bigger, better, faster, and stronger. Prettier, richer, happier and smarter. It’s a game of dunces and idiots. We always feel the need to prove something to feel superior. To feel more human. Or to gain acceptance in a group of like- minded morons. This is why the Kardashians and Trump are so popular. We love to hate them. We join clubs to be part of a bigger picture. Something greater than ourselves. We appoint pseudo-experts who dismiss things with a word or catchphrase everyone should understand. They make themselves immune by proxy and by using others to hold them up. If it doesn’t meet our agenda it’s thrown out. If it isn’t up to our rigorous standards it’s rejected. Our ideals are weighed and measured by commercials and advertisements. It’s the best because they said so. We trust their judgment. Some unscrupulous people use god as a deciding factor. God said this or that so it must be true. The used car salesmen of our wildest dreams are running things and playing Russian roulette with our lives, depending on how much money you have. And if you’re hearing god speak that’s a whole different story.

Nowhere is this more prevalent than in grade school. Among your peers, the status quo rules. When I started seventh grade at Hamilton Junior High I wanted to belong. With all the swaggering and posturing we could muster we entered the daily popularity contest. Who was in, out, hot, cool, or merely tolerated. Roughhouse playground antics, taunting, name-calling, or finger-pointing. No one was immune to harassment or humiliation, at the hands of fellow students. My mom in her old-world wisdom thought if she bought me a safety orange windbreaker jacket to match my school safety sash, it would make me highly visible in traffic while performing my crossing guard duties. I looked like a real dork. The older boys found it comical, to the point that one day while walking down Carter Ave. on my way home from school, I was stopped by four 10th grade boys who relentlessly intimidated me. They circled and got in my face. They screamed shit at me, but I didn’t hear them. They wouldn’t allow me to go. One knocked my school books out from under my arm. Another boy revealed a black magic marker and began writing profanities on my bright orange windbreaker jacket. The others laughed as I stood there and took it. What lesson did I learn from that afternoon? Don’t draw attention to yourself and don’t make yourself a target. Did I heed those words? Of course not.

All that male aggression reinforced my belief that I stood apart from the crowd. I rejected the herd mentality, which has served me well. Those guys didn’t deter me from being original. Today, I thank my mother for buying that outrageous windbreaker jacket. It made me realize that to be unique you must go it alone. Neither a follower or leader. Solo. An army of one. There was safety in numbers. I did form bands and hang out in gangs. But in order to create anything, one must be solitary. This rings true in any creative pursuit. You can work with others, be a part of the group, but individuality is the loneliest number. The next time someone tries to shame you, or bully you into doing something you don’t want to do, or believe in something you don’t believe in, say, ”Thanks, but no thanks.” You don’t need the approval of anyone to be free. You don’t need someone to make you feel whole or accepted. The next time a bully kicks sand in your face, build a castle. Offer them some lemonade you made from life’s bittersweet lemons. Piss on ‘em.