A fantasy president who wears great suits and has a voice like Barry White. 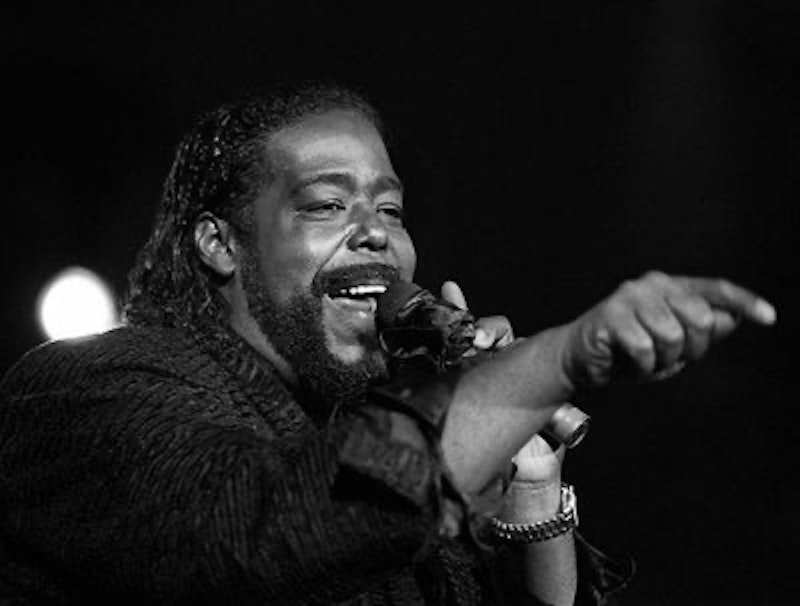 In times like these, I need a comforter. I'm not talking about my Amish quilt, or 92-year-old mom, or a hot toddy. I'm talking about an image of the President of the United States on television, speaking words of empathy, healing, and resilience to everyone in general and no one in particular. I want to believe that a powerful man is cuddling me while I sob about race, or hurricanes, or the problems I'm having with my self-esteem.

"In the shock, pain and confusion that often accompanies such calamities, the president is the nation’s pastor and priest—its spiritual leader," writes Mike Purdy in The Hill. "The president is called upon to console, comfort, hug, listen, grieve, pray and maybe he even sheds a few tears of his own, as Barack Obama did. The president is called to rise above the immediate tragedy, set it in context, offer condolences and inspire with words of resilience, hope and encouragement."

The president as priest, daddy and therapist: I don't recall that these emotional duties are enumerated in the Constitution, so it’s a little difficult to say who, exactly, is doing the "calling" that Purdy describes. I guess he thinks it's us. It's definitely me, anyway. I need a president, a really presidential president, on television, to tell me what to believe and how to feel, and yes, to love me unconditionally. Surely that’s not too much to ask.

The media has been covering the attempts to get aid to our suffering fellow Americans in Puerto Rico. But as in everything that has happened since at least last November, this story is secondary, as well it ought to be, to the question of what Trump says about it, or what he doesn't say, or how many hours he goes without saying what we are telling him to say. Or that, though he's saying what we are telling him to say, he's also saying something else.

Mike Purdy and I know exactly what we want the president to say in a situation like this. Seriously, we could write it ourselves; Purdy did. That Trump isn't saying exactly and only what we are telling him to say is perhaps the biggest problem America faces right now.

Abraham Lincoln brought all Americans together with his immortal words, even as his generals burned their way across Georgia. After he immolated Waco, Bill Clinton held us as we cried, though he was also rubbing up against us in a somewhat disconcerting way. George W. Bush unified the nation with his words of healing and unity after 9/11, and led us all into the excellent war we have just about been winning ever since. These were presidents. These were people who rarely tweeted. None of them, as far as I am aware, insulted the mayor of San Juan.

The president is the commander-in-chief not only of the armed forces, but of the emotional condition of each American. He’s there to make sure that the government serves all our practical needs—food, shelter, health care, education—and also all of our spiritual and emotional needs: he’s the administrator of our feelings. That's why he needs to say exactly what we tell him to say.

But he doesn't, or at least quickly enough. Or he says other stuff too, so now I’m lost, spiritually and emotionally unmoored, like all my fellow Americans.

But there’s reason for hope. Like Purdy, I know the words that, coming from a man who controls a world-annihilating nuclear arsenal and a sprawling system of internment facilities, would bring me clarity in my confusion, comfort in my trauma, understanding in my ignorance. So I have made a little fantasy president in my head who reads the script with great apparent sincerity. He looks sort of like a combination of Albert Einstein and Julius Caesar. He's a 6'3 older man, super-cute, and unbelievably empathetic. He wears really good suits, and has a voice like Barry White's.

Obviously, I needed a president in my head anyway, not only to hold me when I cry, but to discipline me when I err. It's like I'm re-parenting myself and also forging myself into a new nation. So that's my advice for all of us who find ourselves traumatized by Trump's tweets: shut up about Trump for one second and listen to the inspiring, sexy, cuddlesome president in your own alleged mind.