The Forest Gleams for Instinct 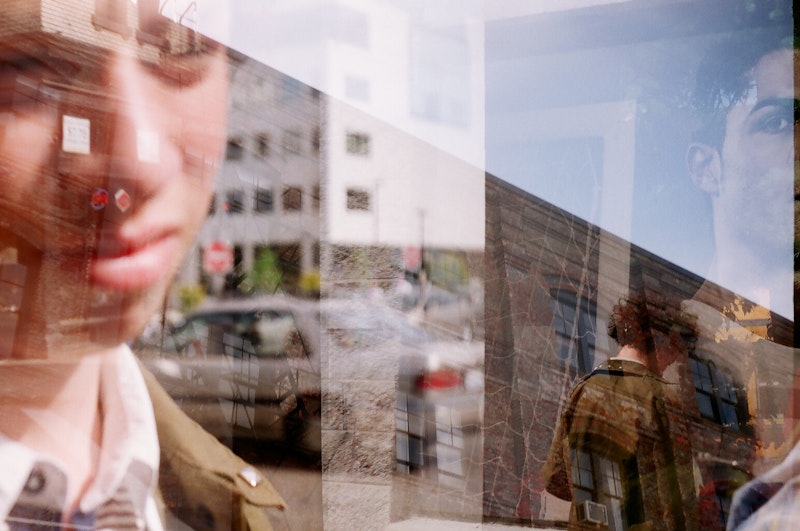 Frontier propaganda is both god-like and tantalizing. It has helped us establish all uneducated presumptions, especially those related to a raw manipulator, otherwise known as the false sense of superiority.

Before any would-be propagandist may advance to a snobbish tier's comfort zone, such an individual must be prepared to accept the delusions of synthetic patriotism and blind faith.

But that acceptance alone won't guaruntee someone the right to use propaganda as an everyday method of hypnotism. All applicants must pass through a rigorous screening designed to analyze mental, physical, and emotional competence before the authorities can hand out an official permit for the dispersion of propaganda.

If you meet any of the following prohibitive criteria please provide a clear answer to each question below.

1. Is your character and reputation such that you would be likely to act in a manner dangerous to public safety?

Take my sandwich to the cliff and hold it close and tight to your bosom. Stare out at the vast expanse below. Curse my name to the four winds. Remember Kali's naked glory. And then hurry on back to the company store in Silverton acting as if the whole thing never even happened.

2. Have you ever been convicted of possessing illegal drugs or weapons?

3. Have you ever been convicted of a crime?

Subtract all numbers found in columns "A" through "F." Then split your self over and over again until Bigfoot's dawn multiplies forever.

4. Have you ever been involuntarily comitted to a hospital or health care facility for mental health conditioning or mental health treatment, or judged to be incompetent or mentally incapicitated?

Maybe, but one thing is for sure: your most distant relative can turn a forgotten hero into an ideal ring bearer.

5. Are you an individual who is a drunkard, or addicted to marijuana, opiate drugs, hallucinogens, or any other mind altering substance?

Poised to care in pleasure, slow in groups, well read and sleepy,

Obsessed with musical descriptions of silence in outer space,

Left to someone else, an arrangement similar to a will,

Minus death or loss or monetary fortune.

6. Are you now charged with, or have you ever been convicted of a crime punishable by imprisonment for a term exceeding one year?

We can meet in a previously unreleased complex of transgression.

7. Have you ever recieved a dishonorable discharge from any branch of the national military, or any national or international security organization?

Love is the absence of all Earth-bound responsibility.

8. Are you a fugitive from justice, or the subject of any kind of warrant issued by a branch of any national or international law enforcement agency?

The forest—it is a monumental blanket...

But no fugitive can seek its refuge.

The forest gleams for instinct. It makes subconscious recordings. In an impulsive outburst, ripped from today's headlines, the forest uses witchcraft and pregnancy to distort the royal blueprints, regimens, grids, and goals.