I’m On the Fence About Ghosts

Haunted houses have their perks. 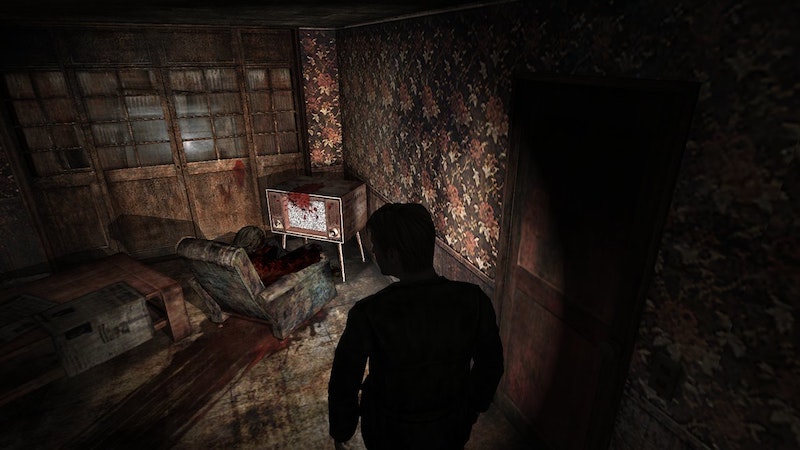 As a kid I never had much truck with ghost stories. They didn’t scare me, whether told by an older brother or around a weenie-and-marshmallow roast at Camp Mohawk in the mid-1960s. I had passing interest in the TV cartoon character Casper, but he was a friendly ghost, and possessed none of the verve of say, Snagglepuss, Uncle Scrooge, Heckel and Jeckel, Gyro Gearloose, Popeye, Daffy Duck, or Yosemite Sam.

In the past 10 years, however, living in a three-story house in North Baltimore that was built in 1928—who knows how many occupants it’s had, but the layers of wires and cords and wall thermometers suggest a lot—I’m now nudging towards the fence on the ghost question. It’s a lovely and spacious home, with splendid landscaping in the front and back yards, and lots of bees, rabbits, crickets and birds roaming around. My wife doesn’t care for the squirrels, since they ravage our garden every summer, but I like their craftiness.

A digression: I don’t interact much with our neighbors, aside from an occasional hello while retrieving the newspapers or hauling out the garbage cans, but in the past week I’ve seen that the Biden/Harris signs are finally planted in four different yards. I’m seeing more of the Biden paraphernalia around town, and I’m guessing it was just a—now expected—USPS delay. Even if I had the inclination to talk politics with Frank or Paul, for example—and I don’t—I wouldn’t because that just leads to trouble. A far cry from when I was growing up on Long Island and on our hill in 1968, eight of the 14 houses had Nixon or Humphrey placards; split evenly. It was a fractious year, but everyone got along, despite political differences. My parents were staunch Republicans—couldn’t stand LBJ or any of the Kennedys—but that was incidental compared to a convivial evening cocktail party with the liberal Katibahs, Shapiros or Howards.

Back to the world of ghosts. On the second floor of the house, next to the linen closet, there’s a light fixture with no accompanying socket or on/off switch, meaning it needs a twist to glow. In the years we’ve lived here, far too many electricians, some good, some crummy, have fixed this or that problem, and not one of them can figure out where the source of the light’s power comes from. You could chalk it up to a structure’s eccentricities, but there’s more. The front door requires a trick hand to open it; just twisting the knob won’t work. Our regular plumber (or “drain surgeon,” as he advertises his practice) Jim goes nuts every time he’s here to fix the heat, unclog a pipe in our basement—a ghostworld of its own—or rip up a section of the ceiling to repair a leak, since he can’t remember the secret handshake necessary to open the door. I’m positive Jim’s a MAGA guy, but aside from mentioning reading the Bible every night, he doesn’t blab about politics.

And then there’s the foyer at the front. There’s a switch to turn on the chandelier (stylish, thank you, although it’s the lady of the house who choreographs the design, and I always defer to her) inside and the outdoor lights. Sometimes it works, sometimes it doesn’t. My wife doesn’t take the time to get perplexed about such matters, nor do our sons when they visit. It’s My Own Private Conundrum. Writing this, I’m getting into the most minor of lathers, thinking there’s hoodoo at work. Which is kind of cool; it’s not like this lost Americana is on offer at the mostly hideous houses built in the past generation.

Second digression: Now that eateries, whether takeout delivery or on-site, have ramped up in Baltimore, I don’t think it’s my imagination that despite the media’s insistence that Americans are at war with each other, employees are a lot friendlier than the long-ago world of a year ago. At the Starbucks on St. Paul St., for example, where I get coffee in the morning, I’m greeted with a volley of “Hi, Mr. Smith” from the Millennials and Zoomers who work there. It was never that convivial. And despite a certain amount of Starbucks closings across the country, there’s a new innovation that makes my life easier. They now have circular cardboard stickers that cover the slit in the cup that you’re meant to drink from, which is huge in my case, since I’m sloppy, and when driving in the car with a tray of beverages and hit a bump the coffee’s bound to spill on your shirt, and, since I wear mostly white polos until turtleneck weather, it’s a pain in the neck.

Every Saturday night I get a delivery of two wrap sandwiches from Bella Roma’s on Falls Rd., a filling dinner that totals $20.25. The drivers know the house cold, are punctual, and are very grateful when I dole out $40 for the order. It’s a big tip—I’m of similar generosity with cabbies, and on occasion a hobo with a sunny disposition—that I can afford, and I imagine it helps the delivery people out. No self-aggrandizement intended: I don’t give to big charities, ever, and stopped donating $100 to my alma mater 20 years ago when the phone calls got too persistent. It’s a small gesture, but you really feel the current economic pinch when, for example, the sweet lady from Bella Roma’s, who’s probably close to 60, works her butt off, and looks exhausted by 8:30 p.m. arrives at the door. Her response to the tip goes beyond a mere “thank you,” extending to “God bless you, sir.”

A brief bit of politics. On September 30, in a New York Times op-ed, Jennifer Finney Boylan rehashed the question of whether or not to leave the United States if Trump is reelected. She’s an accomplished woman—author of many books, a professor at Barnard and a well-known trans activist—so it’s not an easy decision. But she’s contemplating it, “Because the love I’ve felt for American on its best days is now overshadowed by shame and anger.”

What people do or don’t do with their own lives is none of my concern, but it’s worth reminding people that since 1972, if all those threatening to seek asylum in another country—after the prospect of Nixon, Reagan, George W. Bush and Trump winning the presidency—really followed through, America’s population would be noticeably smaller. She continues: “Since Ruth Bader Ginsburg’s death, the whispers have grown louder [of emigration]. Enough with Mitch McConnell already. Enough with Lindsey Graham. Enough with the National Rifle Association, and the Alliance Defending Freedom and the Federalist Society. Enough with the QAnon supporters who believe—who actually believe—that Democrats eat children. Enough with Donald Trump, and with everything this country has become.

Boylan mentions racism—as if that were invented in 2016—Trump trying to “cripple the Post Office,” the President’s “lie after lie after lie” and his refusal to confirm he’ll accept the results of the election as reasons to leave. It seems, despite the discrimination she’s faced as a gay/trans person (which, thankfully, has receded just in the past decade)—that Boylan leads a comfortable life, with a wife, two kids and secure employment. Other Americans, who despise Trump with the same fervor, don’t have the option of packing up and moving to another country.